The silence king is back!

Would you believe that the original Define case which we could refer to as the R1 was released back in 2009. In the years since there has been a steady progression of designs and ideas as the the range Evolved. The team at OC3D all say that the R3 is a chassis that will always stick in their minds as being a great case. It probably has something to do with all the competition systems we built for a Christmas competition and we tuned them so well that the only way you knew the system was actually on was the power LED they were so quiet!

Fractal is now back in 2014 with the R5 and what could possibly be the most amount of changes they have made in a single generation. On paper there is a crazy amount of watercooling options which is something the R4 was severely lacking. Also, thankfully, they have paid attention to hard drive placement to with an almost modular approach to this to further enhance the watercooling options. 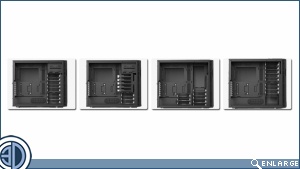 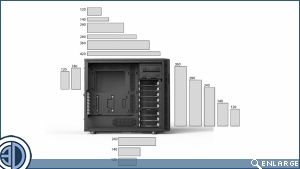 We will try and keep things short with the conclusion, if you need any more info its all in the video in a really easy to follow visual way. Fractal have really hit the ball out of the pack with the R5 although in all honesty we personally think this is what the R4 should have been.

The watercooling options are definitely going to be the change most of us enthusiasts will rejoice about. Whether its a custom watercooling loop, an AIO of some description in the roof, maybe even, thanks to some of the graphics card kits even a AIO or two in the front of the case attached to your GPU(s), the R5 has you covered. If you're a more traditional user then you can still mount up to a 180mm tall CPU air cooler and the fattest graphics card in without a worry.

The door is finally able to be opened either way which is something we personally found to be a big pain when we used the R3 and the R4 in the OC3D office. The long and short of it is £89.99 for the window version we think is an absolute bargain, it's clear a lot more time and effort has gone into the R5 which was what the line really needed to stay fresh and keep up with the pack. Mix in all of the watercooling options, HDD, fan covers and all of the options the case delivers we feel it thoroughly deserves the OC3D Gold award. In addition to this as a very rare bonus I (TTL) have also decided to bestow the Fractal R5 Window version with my own TTL white gold award, the main reason for this is this is a case I would happily pay the £89.99 for with my own money. I did have plans to build the OC3D home server in an entirely different case but after getting my hands on the R5 its all changed and you will be seeing the 2015 Home Server Build featuring the R5 and 10x 4TB Western Digital Reds plus a rather epic Adaptec 81605ZQ 16 port 12GB/s per port RAID card all hanging of an Asus Z97 Deluxe Motherboard and an i3 4130T. Stay tuned to the forums and the channel for information! 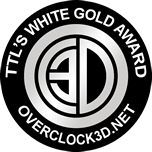 You can discuss the fractal Designs Define R5 Case review in the OC3D Forums.

barnsley
I was not expecting it to get that good of an award. Good job Fractal

TPC
It looks like a fridge to me, and over all it looks just boring to me.Quote

ShaunB-91
Oh Thomas I think you were right!

Edit: Yes I want this! Now I need a price on the Sabrancooooo.Quote
Reply