At 552x233x498mm (LxWxH), its fair to say that the Fractal Design Vector RS is on the large side when it comes to case dimensions.  Now, were it not for the odd reflection, you might be forgiven for thinking that we've taken these initial pictures of the exterior with the side panel off.  As it happens what we actually have is the clear glass "Blackout-TG" version of the case, but if you strive for something more smokey, then you may wish to look at the "Dark TG" version.  It's exactly the same but with more smoked and darker glass panels.  What isn't immediately obvious, or indeed visible at all is the ARGB strip that runs down the front of the case between the matte panel and the glass.  This strip also runs fluidly along the top of the case, continuing the line between the glass and the solid panels 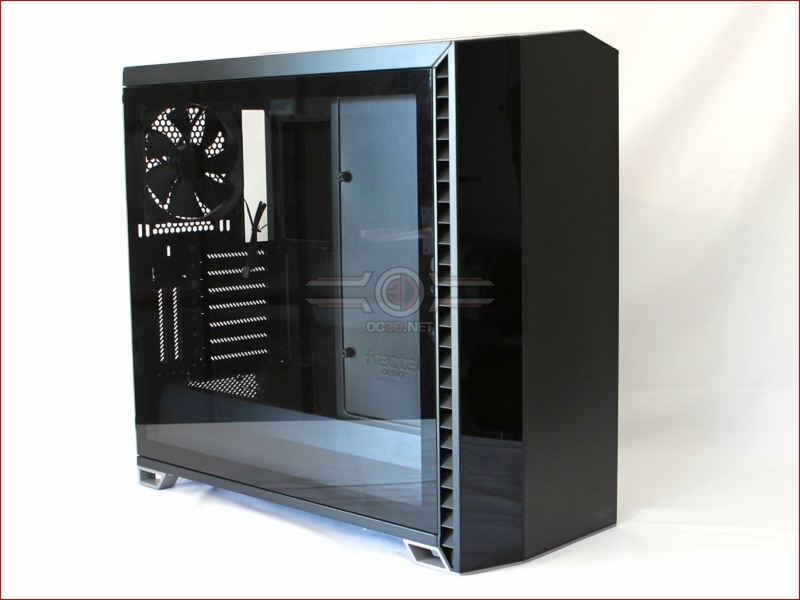 The right hand side of the case is a nice plain matte black metal panel, which is thankfully unadorned with any vents or anything else of that ilk, other than the counter angled intake vents that runs down the leading edge, as the do on the other side of the case. 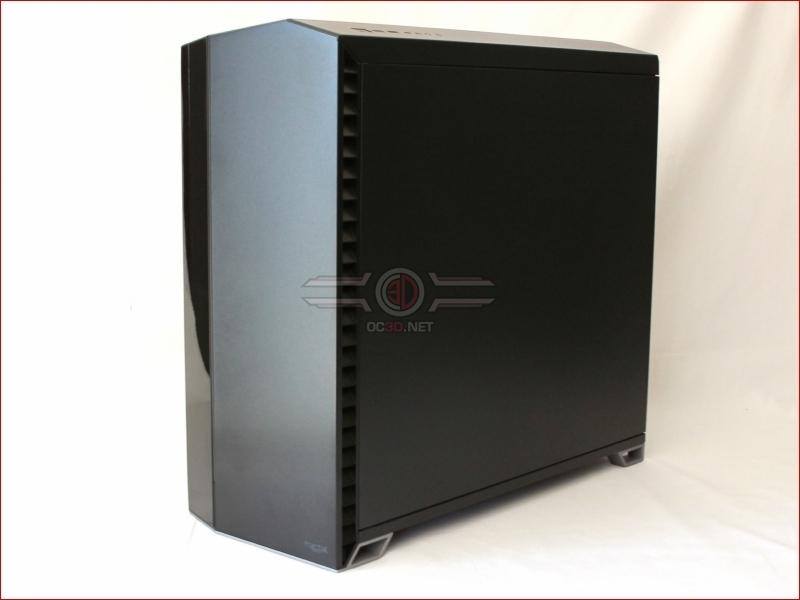 Like the roof of the case, the front is also angled, with the split being roughly 1/4 from left to right.  The front is actually one panel, which is easily removed (once you've plucked up the confidence) with a good tug from the top.  Blade runner points are available for those that can identify what is reflected in the glass section of the front panel. 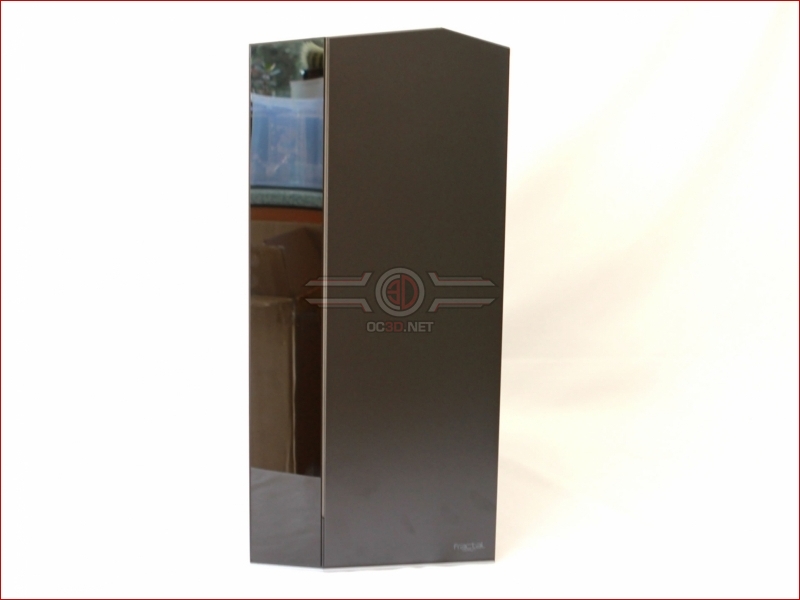 The front I/O is pretty comprehensive, consisting as it does of 1xUSB 3.1 gen 2 Type C, 2xUSB3.0, Audio in/Out.  If i'm honest, the whole front/roof section looked strangely familiar to me, and it took me a fair while to realise that it was quite reminiscent of the lines of the NZXT Phantom 410 that has been my daily driver for the last 5 years, and the PC which i'm currently using to write this review. 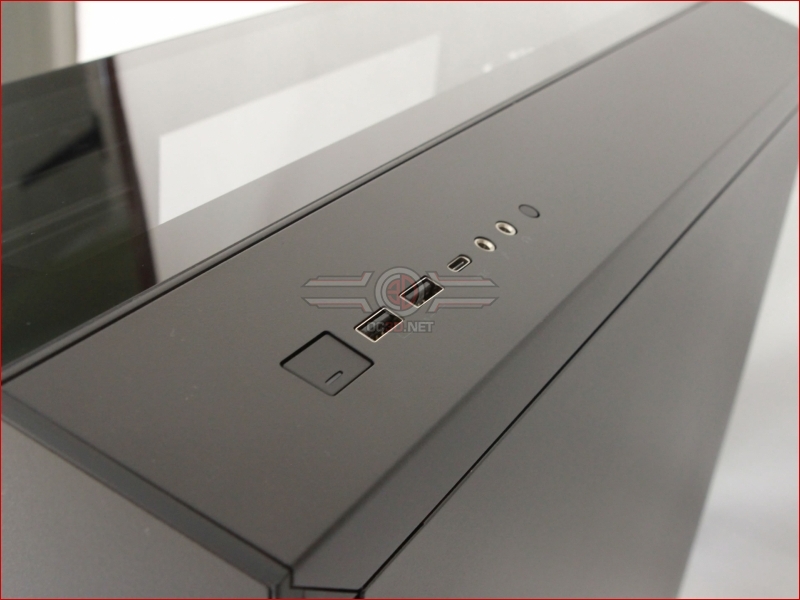 The Vector RS comes as standard with the glass roof attached.  We've previously been believers in the aesthetics of smoked glass, and if you like that then go for the Dark TG version, but we have to say that we really love the clear glass of the standard TG 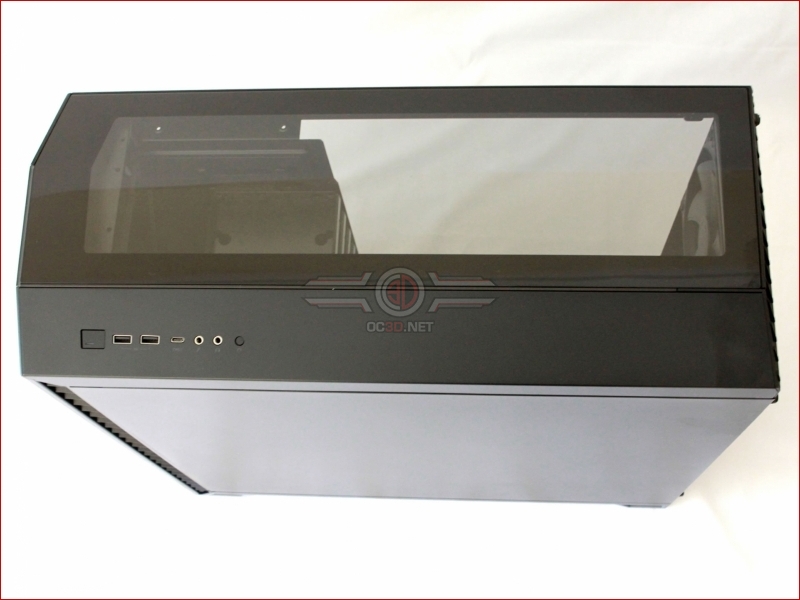 The rear of the case comes with all the standard fittings and apertures, and even if you go for the glass roof, you'll be pleased to see that the there are vents to the rear of the roof section.  As standard the RS comes with a 140mm fan fitted to slotted mountings, but is also able to accept a 120mm fan on similarly slotted mounts. 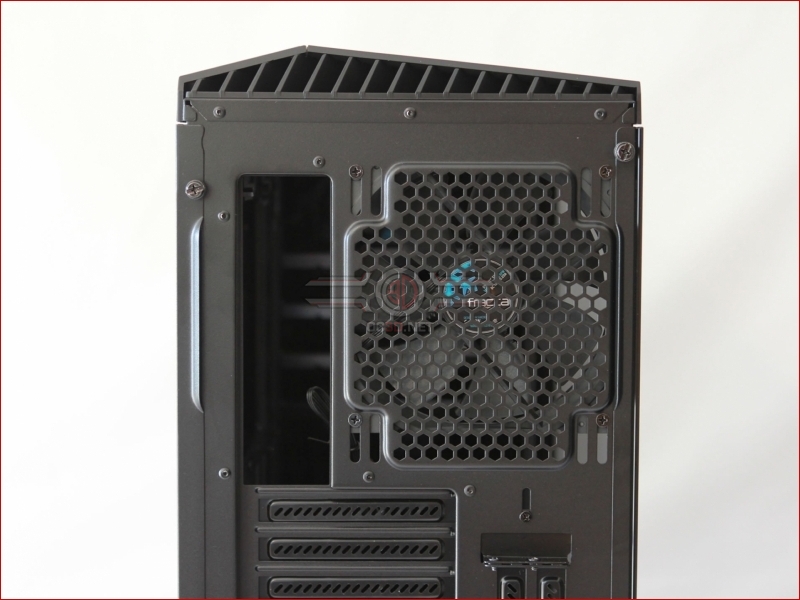 Low down we see that there are a total of 7 horizontal, and 2 vertical Expansion slots, the latter of which you've probably guessed are intended for vertical GPU placement. 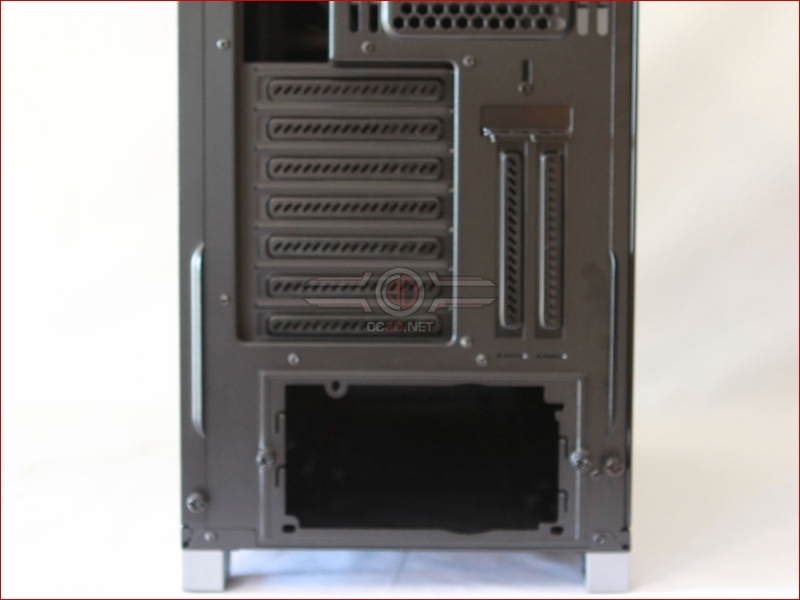 The case stands of four rubber capped feet, and while these might look like Aluminium, they're actually plastic.  Part of us was hoping they were actually aluminium as it would have been a really nice touch, but then again, it would have added to the already quite high price.  Other than that, the bottom or the case is dominated by a full length filter, which does not appear to be removable from the rear, leaving us with the conclusion that it must be removable only from the front of the case, which, if we're correct, means that to remove the filter you have to first remove the front of the case.  Really Fractal??? Would it not have just been easier to make it removable from the rear??? 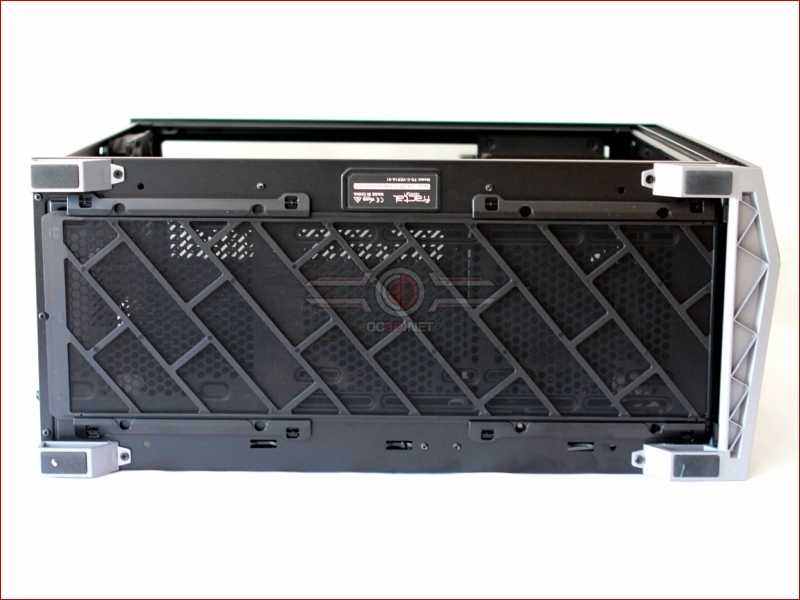