If you want to put a standard tower air cooler into the Meshify, then you'll be pleased to know that anything up to 172mm in height will fit just fine.  In real money what this means is that there are very few CPU tower coolers out there that won't fit in here. 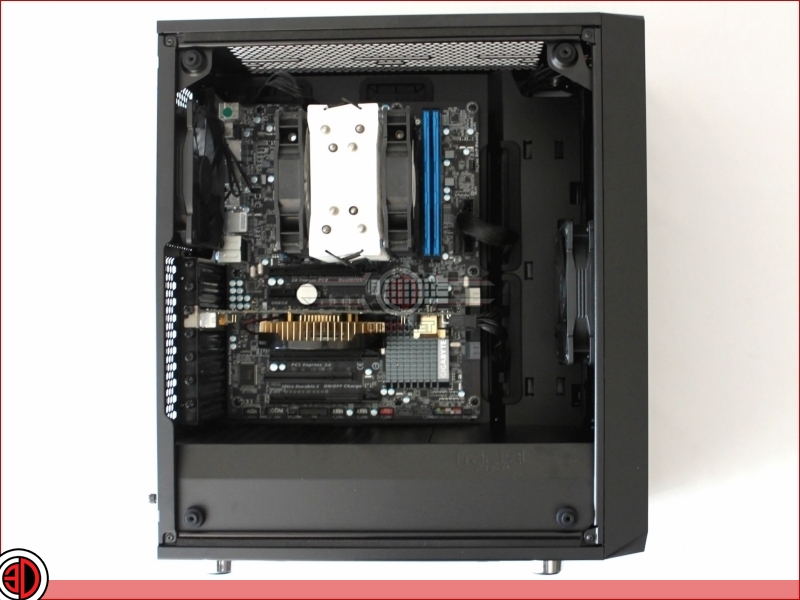 It's more likely though that you're going to want to put a custom loop, or at the very least one or two AIOs in here.  So let's take a look at the roof area first shall we.  Well, we already know that there's room up here for a 240 and even a 280mm rad.  There is though a caveat, and that is that owing to the slim 30mm of space before you hit the motherboard you're limited slightly in that although there are roof off sets for the mounts you're going to need to make sure that you've got nothing in the CPU/RAM area of the motherboard that's over 40mm in height.  Don't say you haven't been warned. 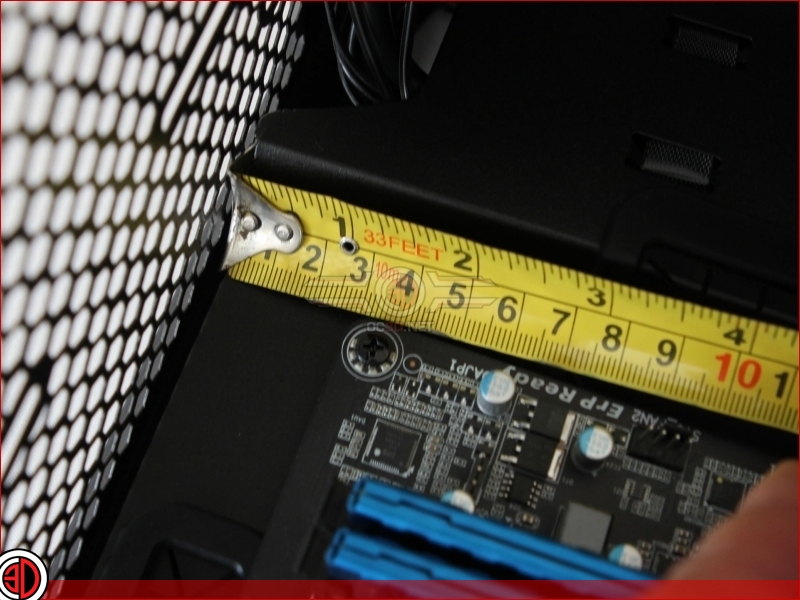 There's quite a bit more room at the front of the case though, with 97mm of room before the edge of the motherboard is encountered. 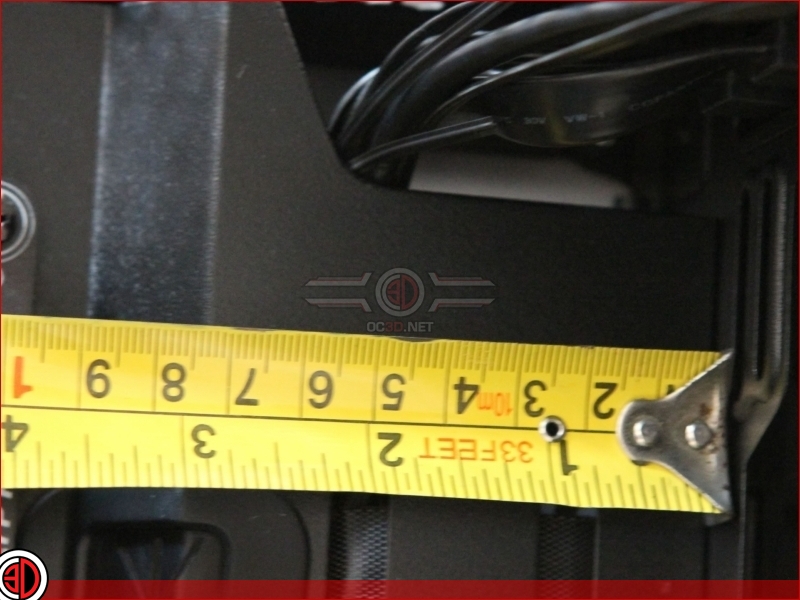 That said, you will encounter the cable routing grommets and main ATX cable at the 75mm mark, which isn't a disaster as it gives ample room for a 50mm thick rad with standard thickness fans. 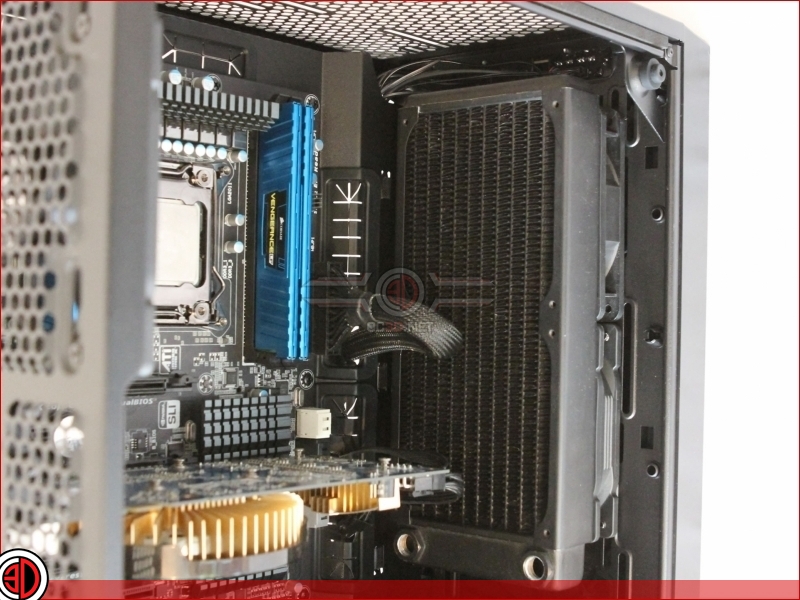 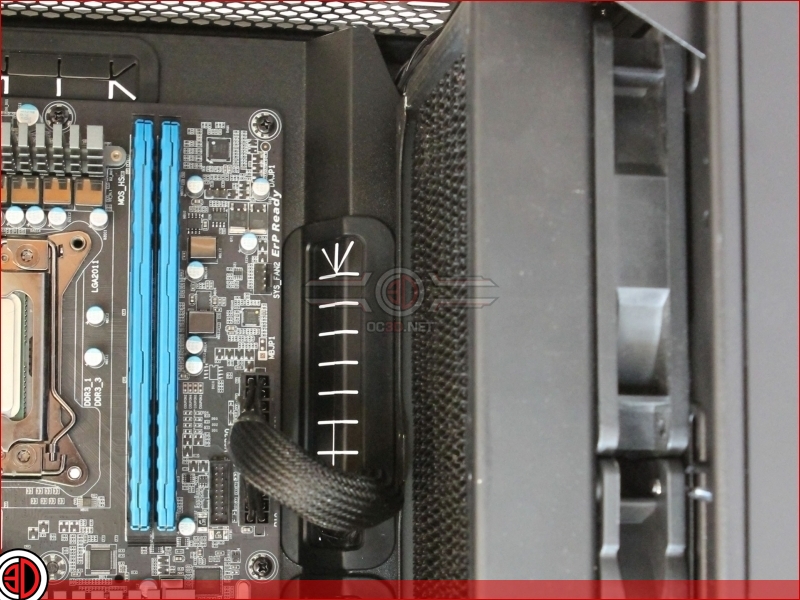 Wraith
Damn it Fractal! You almost had me reaching for my wallet, what's with the low roof still!? Please add more space for ease of building and AIOs for high profile memory.Quote

ImprovizoR
Is it too much to ask for Arc Midi R3?Quote

Fetchez La Vache
Might be the first Fractal prodict that I don't like. My immediate thought was "Oh they have just stuck the Focus G front panel on a Define C." Not sold on the profiled mesh on the front, for a company that is knwon for clean elegant aestetics it seems very out of place.

The "Meshify" name is terrible too.Quote

NeverBackDown
Ugliest case they've done I think especially considering how little if offers for the price. First FD product I am not a fan of.

If they could only bring back the Arc series...Quote

Gothmoth
Quote:
saw a dozend reviews the last days. fractal must send them out to everyone.

but doesn´t help... i don´t like it either.Quote
Reply