Ok, so you're never going to build int the S2 Vision and put an air cooler into it, but should you be suffering from rabies (Google it) then you'll appreciate that it will accept tower coolers up to 185mm in height, which means pretty much anything on the market.  Talking of size, the interior of the S2 Vision will also accept Mobos up to E-ATX (285mm wide), and GPUs up to 440mm in length, although if you're putting big rads in the front you're going to have to trade off a bit of this length.  That said, as most GPUs these days are quite reasonable in size, so this shouldn't really be a restriction you need to worry too much about. 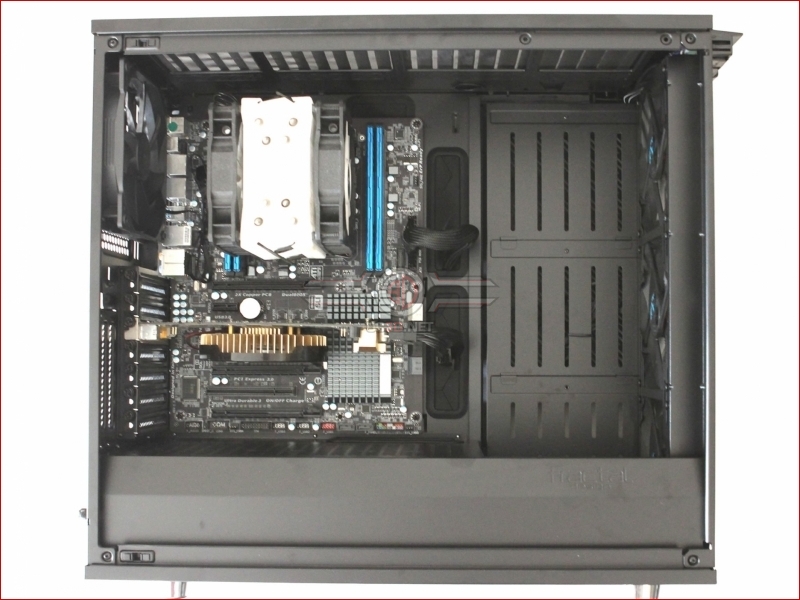 With the forward section of the PSU shroud/false floor removed we can see that there's a positively cavernous space within.  Aside from allowing the accommodation of thick 360mm rads, this area also enables you to access the mounts for any rads you wish to put in the base of the case, although, it has to be said that it's easier to remove the whole shroud should you with to do this. 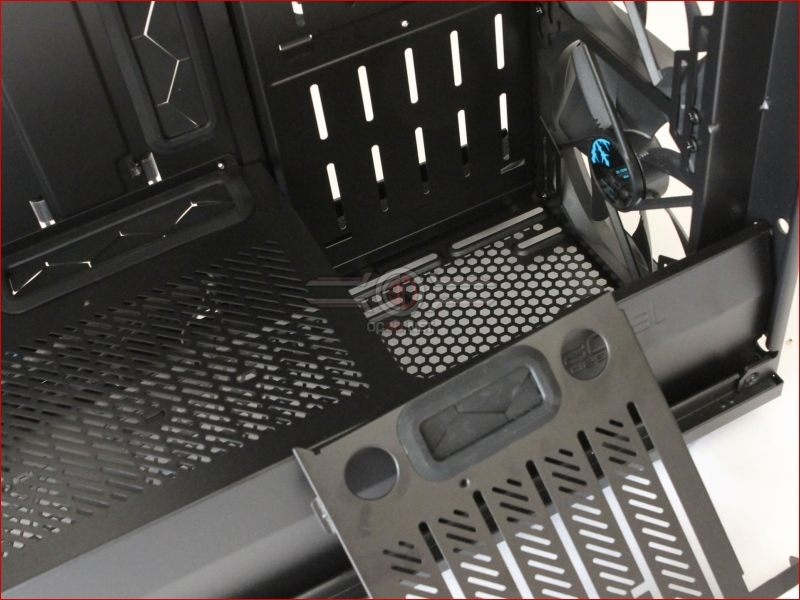 There's a staggering 150mm of space on tap here, which enables the mounting of the fattest rads on the market with a push pull set up!  Happy days. 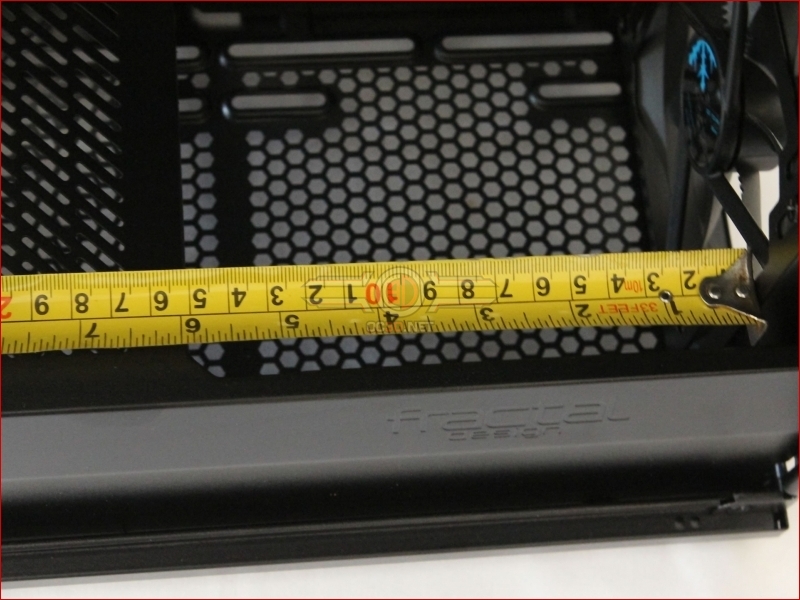 With the main intake fans mounted outboard of the chassis that 150mm of space becomes even more relevant.  As you can see our 55mm thick RX360 looks positively lost in there. 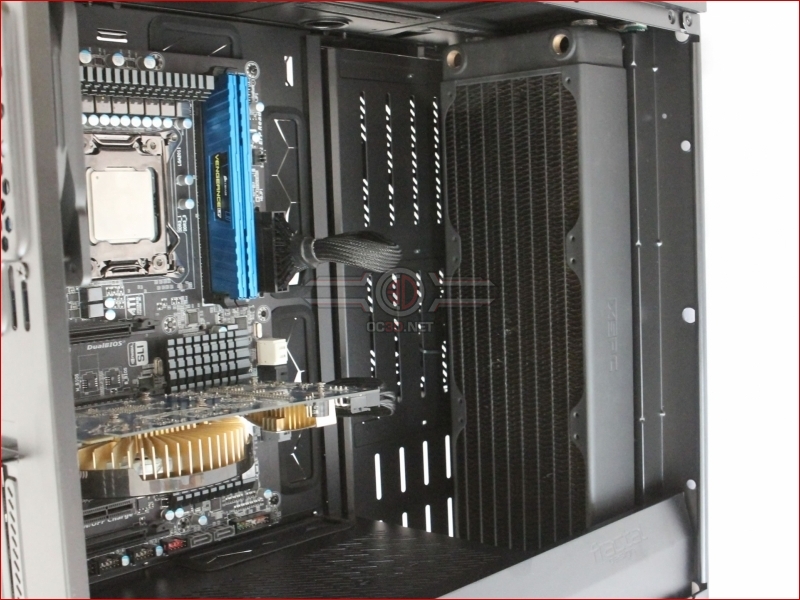 When we add some additional fans and delve down below the false floor there's still loads of room to spare. 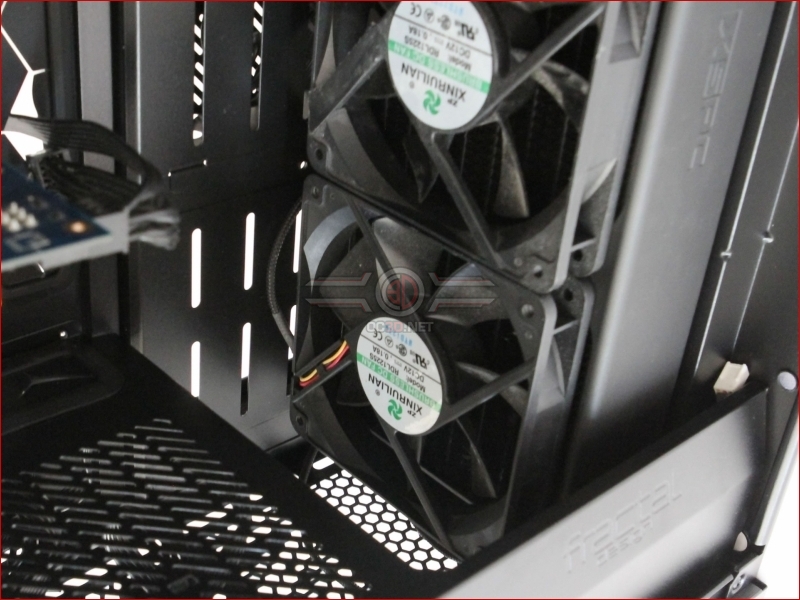 Turning our attention to the roof of the case there appears to be only 25mm of space to be had, which is barely enough for a fan. 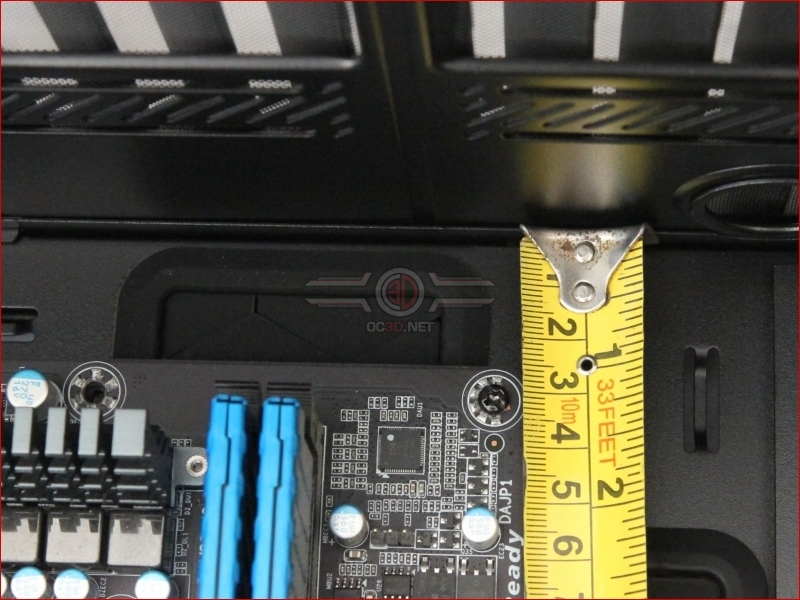 So how do we fit the same 55mm thick rad up here? 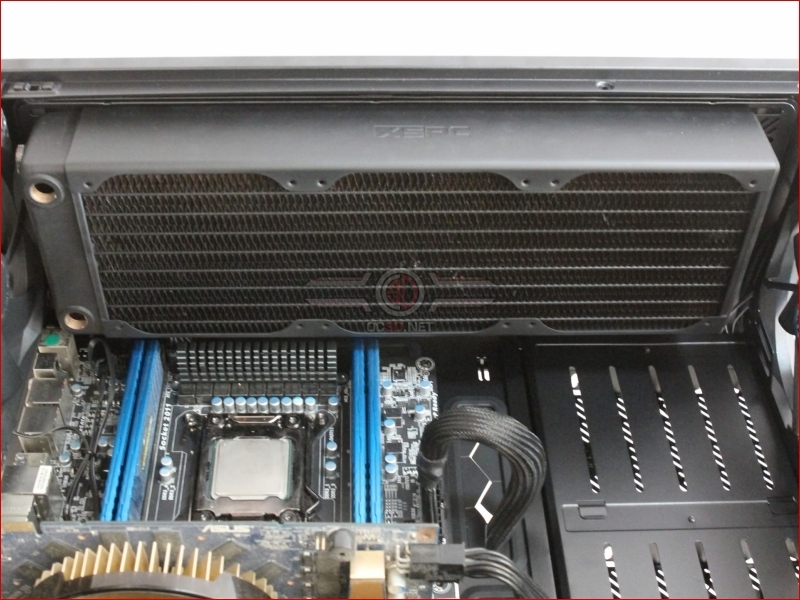 We can do this because the clever boffins at Fractal have off-set the 120mm based rad mounts to allow for clearance.  As you can see below, with standard height RAM, we still have in the region of an additional 15mm of clearance, so provided you don't go over the top with motherboard mounted items in the region of the CPU, all is good. 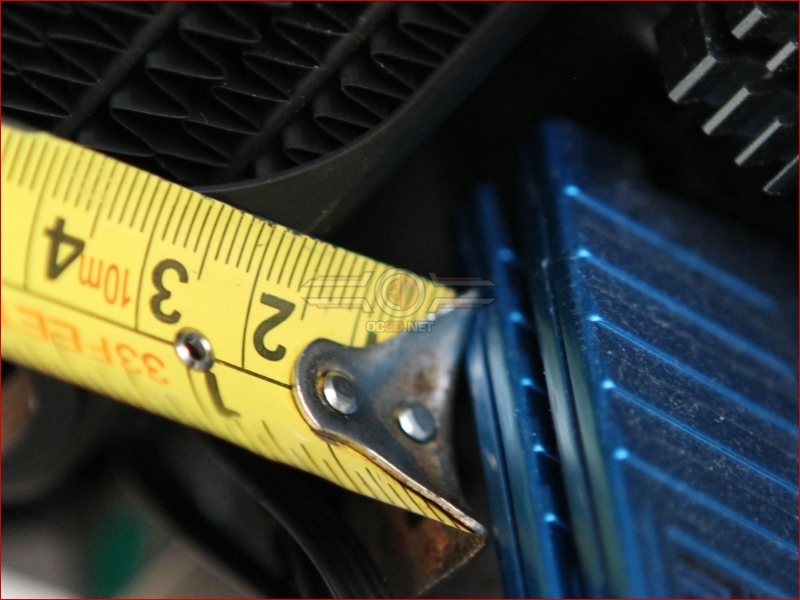