It's fair to say that the interior of the S2 Vision is largely similar to the S2 Meshify, which to be honest, makes a lot of logistical and financial sense, especially as they're from the same line of cases.  What we have then is a large CPU cut out, along with grommeted cut outs along the anterior and superior edges of the motherboard area.  Like the Meshify S2, the Vision also has a full length PSU shroud, which also benefits from a large grommeted cable management hole. 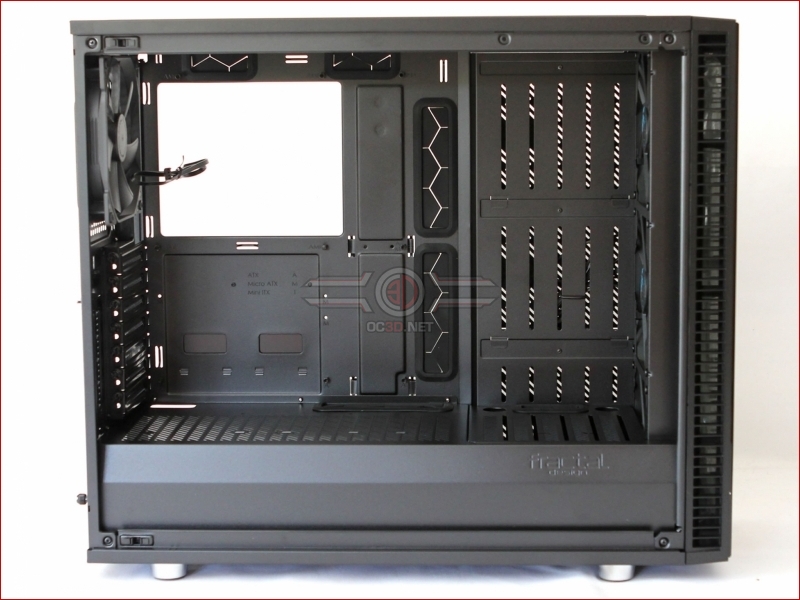 The large vertical slots towards the front of the case are intended to enable mounting of such things as water cooling reservoirs, to aid which, Fractal include two pairs of brackets in their accessories kit. 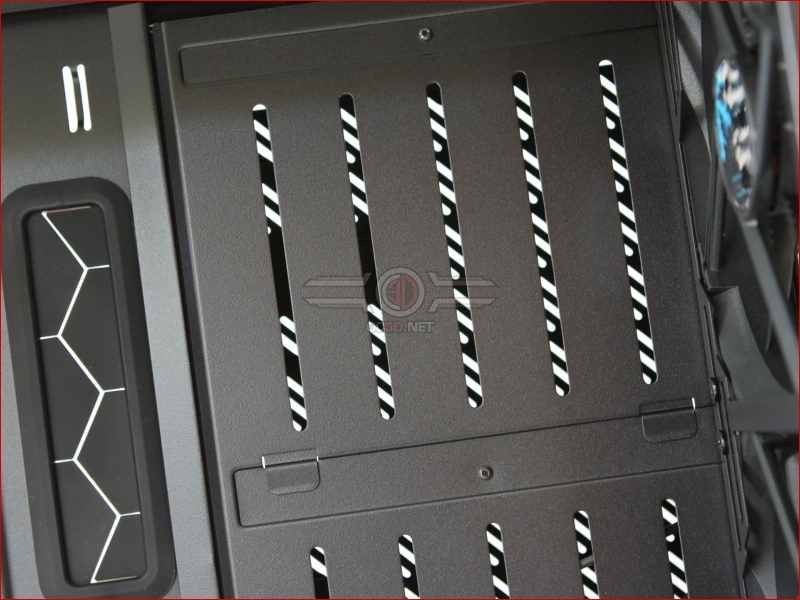 The Vision comes complete with no less than three 1700rpm 140mm fans in the front, but can also accept up to three 120mm units. 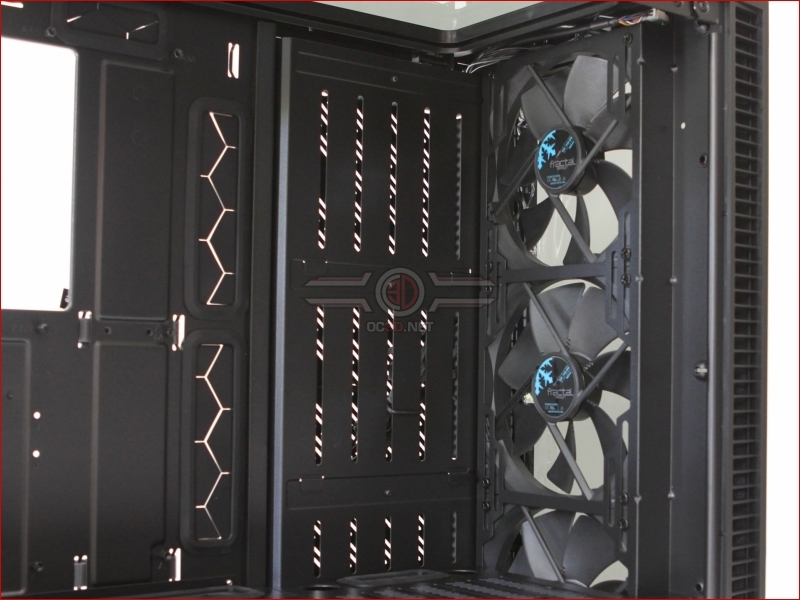 The rear section of the PSU shroud is well ventilated should you choose to mount your PSU with the fan uppermost, and unlike the Meshify, the anterior portion of this shroud is also ventilated.  Although it's not immediately obvious, it's also possible to "Show off" mount up to three SSDs on the shroud, although only two mounts are provided, and must be re-located from the rear of the motherboard area. 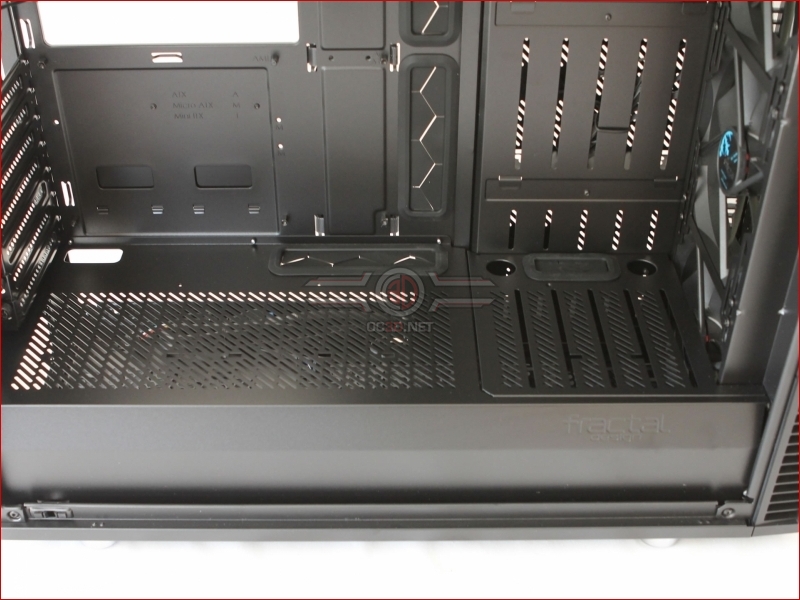 This front section is also removable allowing for larger rads at the front of the case.  Should you wish to keep it in place and run a thinner 360 or a thick 240 or 280 rad, then you'll be pleased to see that Fractal have increased the functionality of the front shroud by including a cable management grommet and a pair of tubing holes. 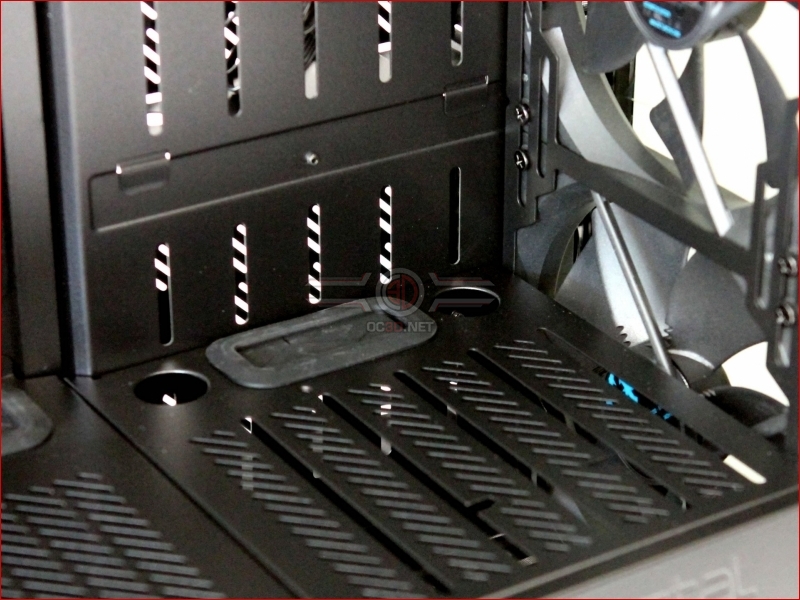 In this image we can see the seven horizontal vented expansion slots as well as the pair of vertically oriented ones.  The latter of which indicates that although the S2 does not come with the necessary hardware, such as cable risers and brackets included, it is capable of accepting vertically oriented GPUs.  Here we can also see the 140mm rear fan as well as the excellent cable management across the top of the case. 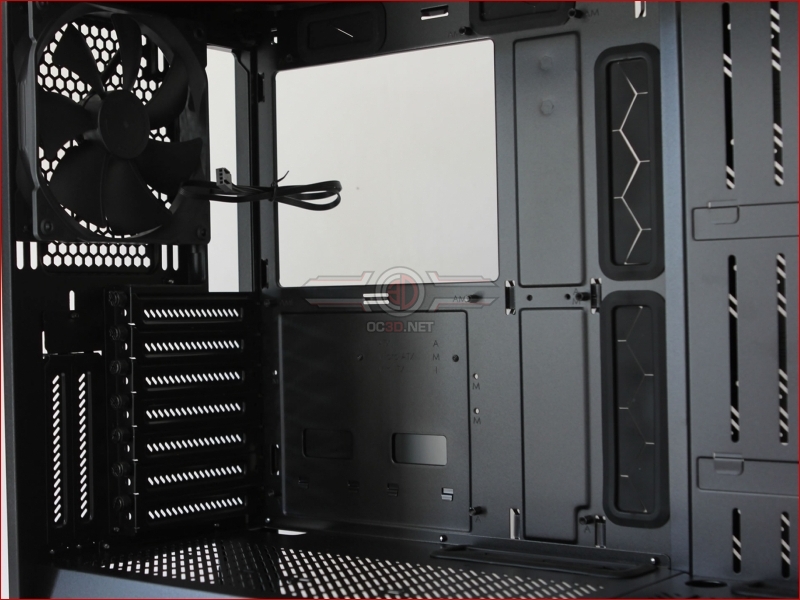