When it comes to Fractal's Define 7, it is easy to see how many ways that this case could have gone wrong. The case's copious number of HDD mounts could have come at the cost of other features. The Define 7's flat front panel could have minimised airflow in the name of silence and create a hotbox in the process. Fractal's support for optical bays could have equally compromised the enclosure's water cooling support, but thankfully Fractal has avoided all of these issues.

In a world where it's popular to call optical media and mechanical storage "dead", Fractal could have chosen to kill its flagship Define series, choosing never to replace its Define R6. Another option would have been to make the Define 7 another airflow-focused enclosure like the Meshify series. In this regard, Fractal made the brave choice of creating a PC chassis that's suitable for almost everyone, supporting copious amounts of mechanical storage and incredible levels of water cooling support, depending on the user's preference.

While some reviewers will look at the front panel of the Define 7 and shout "but airflow", our testing has found that Fractal's Define 7 isn't far behind many of the airflow-focused cases that we have tested. The Define 7 is a masterclass on how to create a PC enclosure with a flat front panel while somehow maintaining decent levels of airflow. Will airflow be improved by opening the Define 7's front door? Yes, but I don't want to live in a world where case design is all about function, and quiet cases like Fractal's Define series fall by the wayside in favour of airflow.

Before talking more about the Define 7's feature set, we will mention its pricing. In the UK, Fractal has given its Define 7 an MSRP of £144.99 for its baseline, window-free model and £154.99 for its tempered glass windowed variants. Fractal's Define 7 XL will also ship for £189.99 with a solid side panel and £199.99 with a tempered glass side panel. These cases are expensive, but with the Define 7 series, it is clear to see where Fractal's money goes.

Tempered Glass windows and other side panels can be a pain to add or remove, especially for screw-mounted tempered glass windows. With the Define 7, Fractal uses push pins, pull tabs and location tabs. You can add or remove the Define 7's side panels in seconds, without the need to mess around with thumbscrews or anything else. The side panels of this case sit flush, leaving no air gap for noise to escape or for dust to enter. In this regard, the Define 7's design is solid and oozes premium quality levels.

Both the Define 7 and Define 7 XL ship with three 140mm fans, providing the enclosure with ample airflow at stock. Fractal has not cheaped out on its fans, and again this adds to the Define 7's premium feel. No RGB or anything like that, just solid 140mm fans at ideal locations. Simple, but very effective.

When it comes to mechanical storage, we must note that Fractal has seeming done the impossible by accommodating both HDD junkies and mechanical storage haters with a single case design. Love HDDs? Great! Here's enough mounting locations for up to 14. Hate HDDs? Don't worry, keep the mounting plate at the back and Fractal will give you enough space for an insane water cooling setup. The only downside with the Define 7's HDD support is that the case will require the purchase of additional mounts and brackets to support its maximum drive count.

Every aspect of Fractal's Define 7 is designed to impress, from the case's door hinges to the enclosure's removable top plates and cable management features. Simply put, this case was a joy to look at. Rarely do we see PC cases that come without any significant compromises or problems outside of the nitpickiest of nitpicks. There is one area where we would like to see an extra cable-routing grommet, and it would have been nice to give the case's vertical GPU mount a little extra space to breathe beside the case's side panel. For most people, these aren't real problems, but they are worth taking note of. Even then, the vertical GPU mount is only problematic for users of 2.5-slot and 2.7-slot graphics cards.

We have spent most of this review discussing the Define 7, but what about the XL? What can we say, it many ways its just a big Define 7, offering space for larger radiators (480mm at the top and 480 at the front), additional HDD space, up to two optical drives and enough motherboard space to accommodate dual-socket server boards.

The Define 7 XL also removes our vertical GPU mount complaint by offering support for 3 PCIe slots in a vertical orientation, which gives GPUs ample breathing room in front of the case's side panel.

If you need a deskside dual-EPYC or Xeon setup, or a gigantic case for your watercooled Threadripper workstation, Fractal's Define 7 XL is designed for that kind of workload and has room to space. The only problem with this case is that it doesn't come in white (unlike the regular Define 7), though that complaint won't be a big deal for most customers.

To say that we are happy with Fractal's Define 7 and Define 7 XL is an understatement, we are delighted to have these enclosures in our office. These cases are innovative, well-executed and have managed to somehow bridge the gap between HDD lovers and HDD haters with no real compromises. Yes, HDD lovers will need to purchase additional HDD mounts to utilise these cases to their fullest storage potential, but if we are honest, most buyers of this case won't need 14 HDD mounts.

Fractal's Define 7 is easy to build in and offers a level of quality and finesse that's rarely matched within this industry. You can be sure that Fractal's competitors will buy up a few of these for "R&D" purposes, and we look forward to seeing what these cases can inspire. Case modders should also see a blank canvas in the Define 7, offering users ample space to change and alter to their heart's content. For starters, we see people painting their top plates for additional colour options, but that's only the start of what modders can offer in this space. You can expect to see some Define 7 modding in the near future, as we think that this case would be perfect for a new storage server.

When it comes to awards, there are two obvious choices, and those awards are the highest which OC3D offers. The first is OC3D's White Gold Award, which is an award that we only give to products that sit on the cusp of perfection. Yes, perfect is a subjective term, but you can be sure that this will probably be the only time that this award is given in 2020. The second award is the TTL Approved Award, which, as the name implies, is TinyTomLogan's personal seal of approval. Fractal's Define 7 is a product so good that OC3D's chief reviewer has given it his personal award.

Fractal has set a high bar for all manufacturers to meet with its Define 7, and we look forward to seeing other case manufacturers try to reach these new heights in 2020 and beyond.

Please Watch our Video Review below to get a look at the Define 7's features in action. 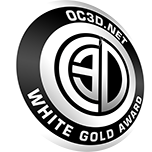 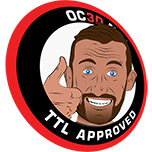 You can join the discussion on our Fractal Define 7 and Define 7 XL Review on the OC3D Forums.