Thermal performance is an essential factor when looking at any PC case. Your system may look fantastic, or appear silent from the outside, but all of that is for nought if your PC is baking your components like an oven. Your PC case needs enough airflow for your components to remain cool under load, to increase their longevity and to prevent any form of thermal throttling in the meantime.

When testing PC cases, we like to provide our readers with a variety of results. Not everyone runs their fans at their maximum RPMs, and not everyone uses fan speed profiles to limit their noise levels and airflow. So to cover all bases, we test cases with three fan profiles, a 600RPM profile, and a 1000 RPM profile speed profile. We also sort the graphs in both CPU and GPU priority so you can easily compare other cases and the performance that is most important to your desired system build.

Note that the temperatures below are measured in the form of thermal deltas. Our testing is conducted in a temperature-controlled room which sits at 20 degrees Celcius during testing.

At 600 RPM, Fractal's Define 7 performs better than one should expect it too. Yes, one could complain that it isn't a chart-topper, but given its silence-optimised design, it is hard to complain about the thermals on offer here.

With our low-RPM test, Fractal's Define 7 is able to keep our GTX 980 cooler under load while keeping the temperatures of our 4.8GHz i7-9700K at temperatures which are comparable to competing case designs. That said, we need only look at Cooler Master's Silencio 600 to see how badly silence optimised cases can perform with regards to thermal design.

Note that we have started out thermal charts at 50 degrees here to better differentiate between each of the cases below. A temperature difference a few degrees isn't that meaningful in the grand scheme of things, and in this regard the Fractal Define 7 is more than adequate. 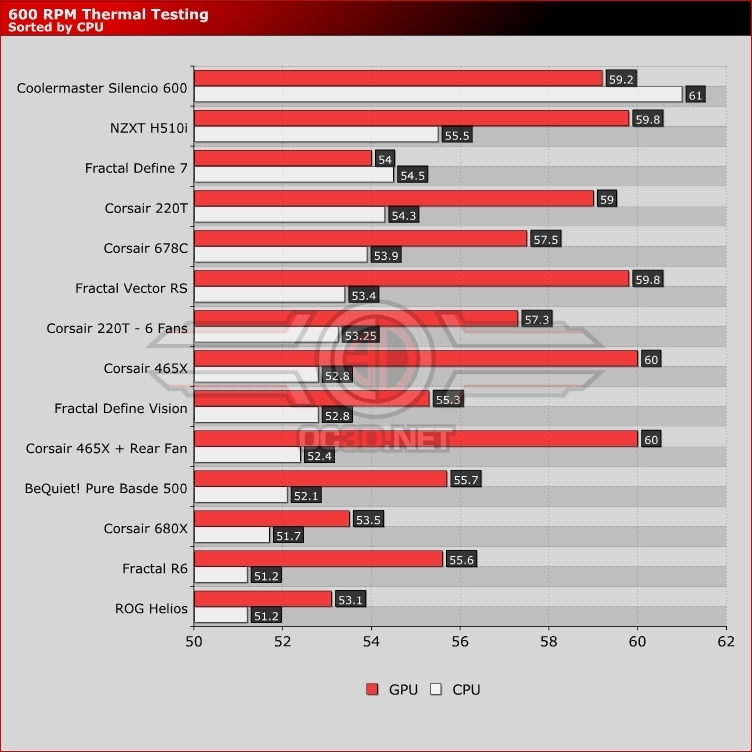 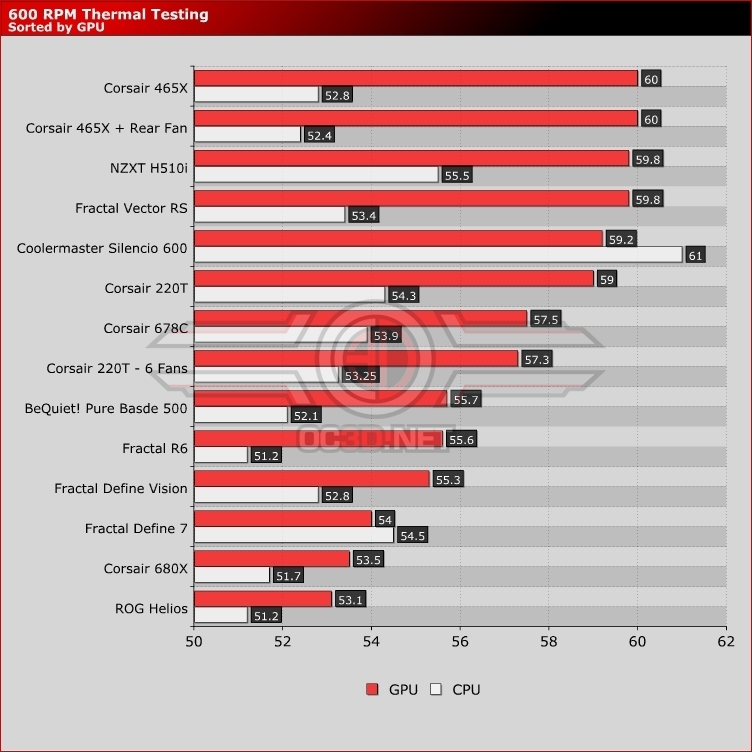 In our testing, Fractal's Define 7 is able to offer surprisingly good thermal performance given its silence-oriented design. While many would claim that Fractal's front panel design restricts airflow, it looks like Fractal's Define 7 is more than capable fo keeping up with competing case designs. After all, a two-degree difference from our chart-topper for CPU thermals is a great result.

If you are concerned about the Fractal Define 7's thermal performance, don't be. This case offers enough out of the box cooling for most systems, and Fractal has given its users the option to add more fans if it is ever necessary. 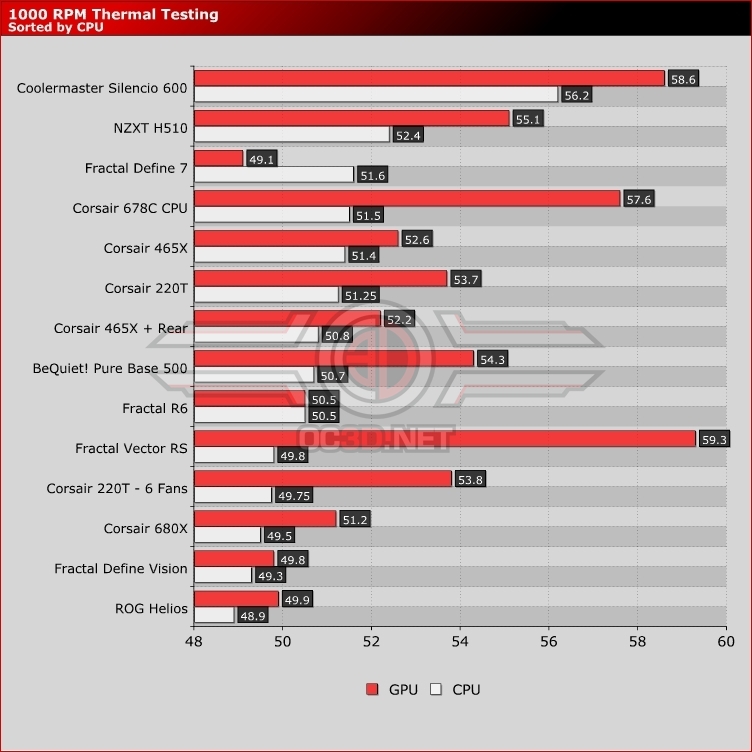 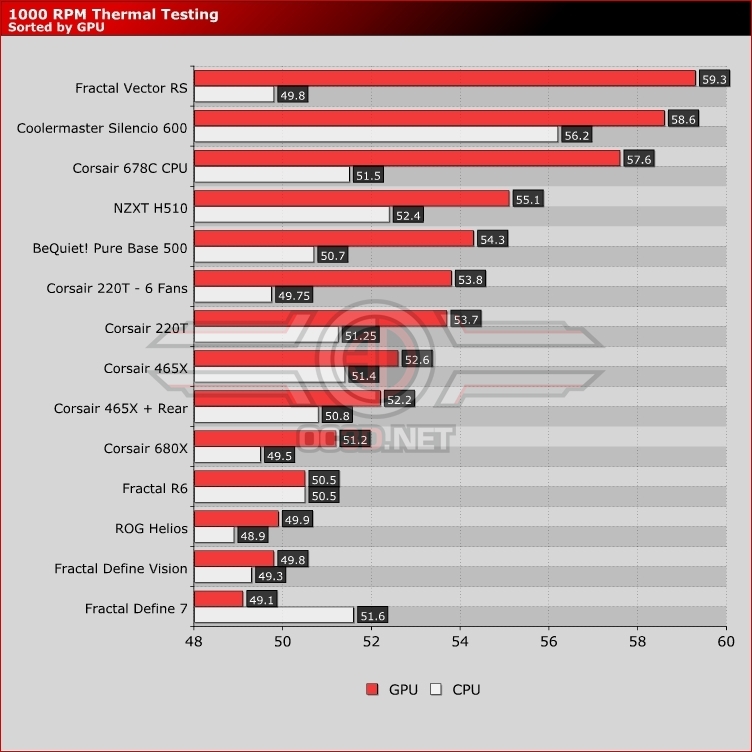