The CL28 doesn't come with instructions, at least none that we could find anyway.  To be honest, it wasn't really a problem as everything was pretty intuitive, and should you feel the need to hand in your man card, they can be viewed and downloaded from the EVGA website.  They're not that easy to find, but they are there.  The method chosen for fitting is tried and tested and consists of a back plate being secured by threaded pins from the front side.  The cold plate, with the appropriate bracket is them clamped over the top and screwed down. 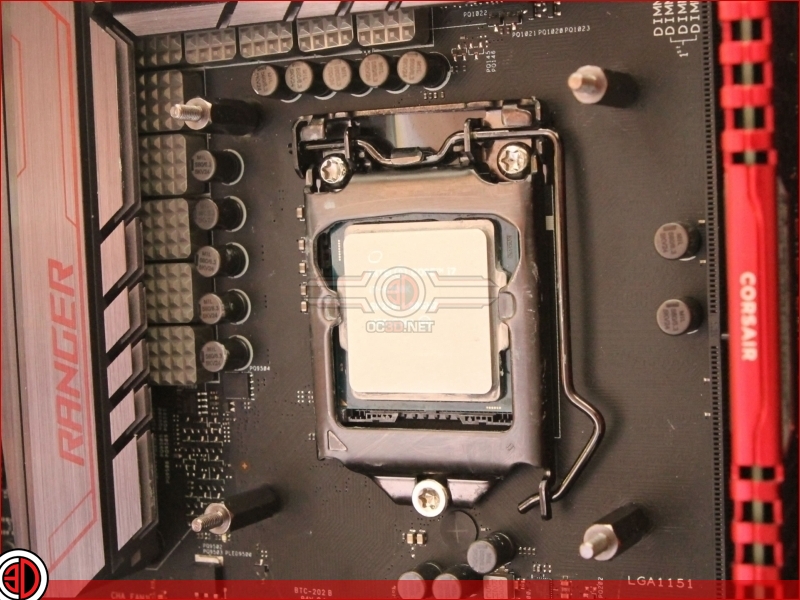 We chose to mount the cold plate so that the EVGA logo would be the correct way up.  Although we were initially a little worried that the lack of a flexible elbow would be an issue, in reality it proved to be nothing of the sort.  The only small issue we did find, was that the tubing had a tendency to droop over the front of the cold plate, which to some degree caused an effacement of the EVGA logo. 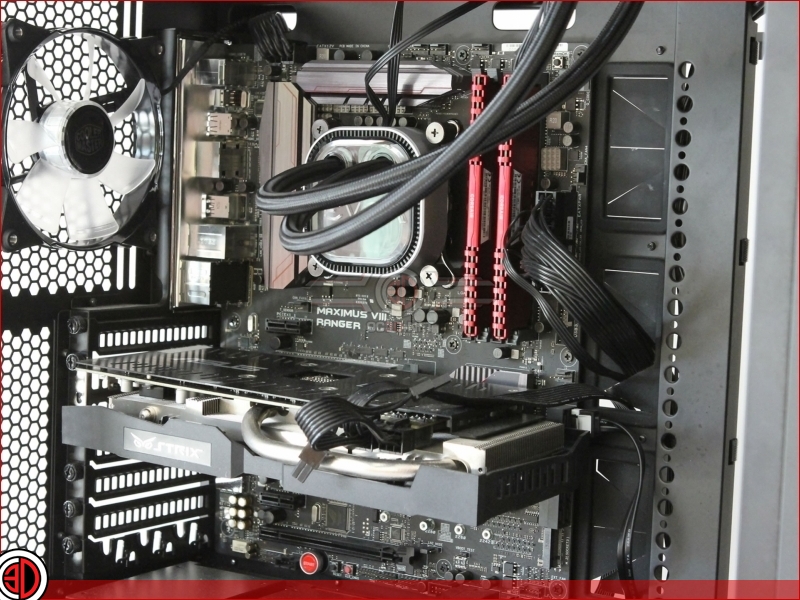 Viewed from another angle though we can see that the cold plate is indeed a thing of beauty.  Wait until you see what it looks like when the power is on! 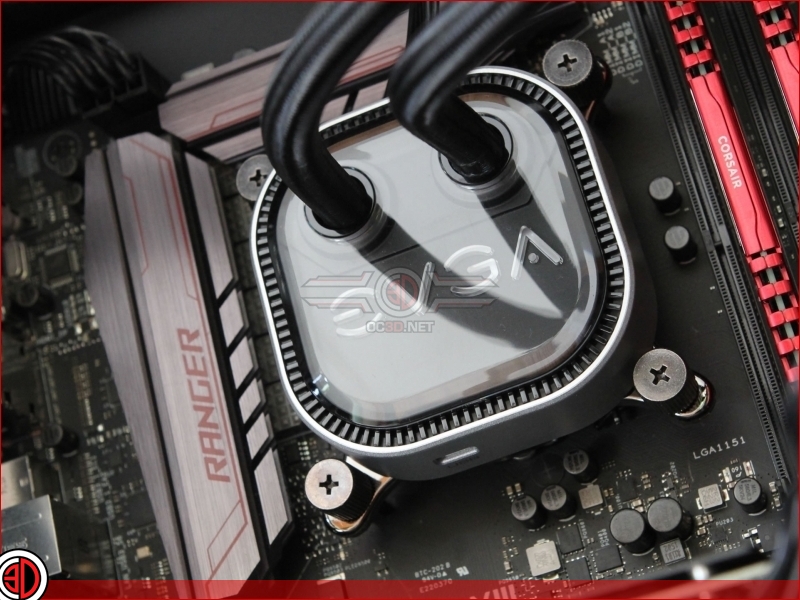 We've taken this picture from the sort of angle you might see your PC at.  basically just off to the right and a little in front of you.  Maybe we're being a little picky, but we can't help thinking that the chaps at EVGA didn't thoroughly think this one though when they came up with the idea of an illuminated logo.  Then again, it could just be the parameters of our particular test set up. 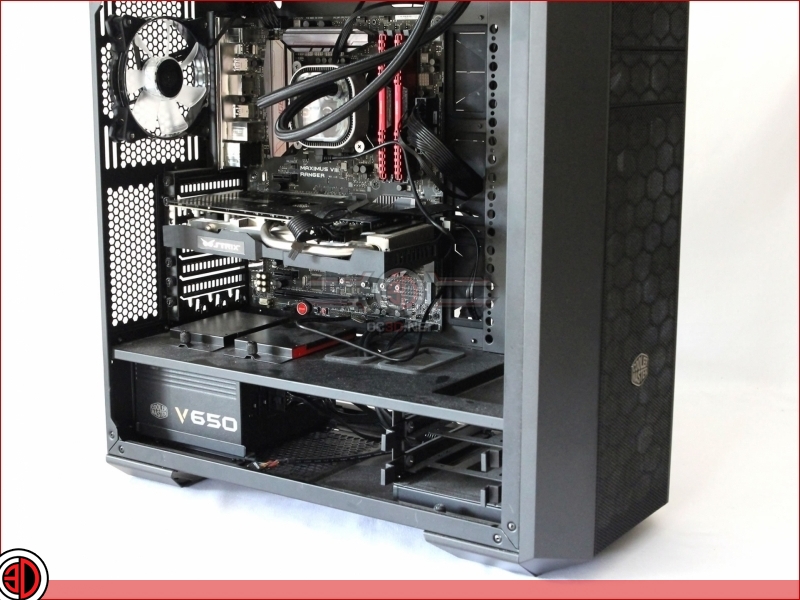 All that said, we're actually willing to forgive them, because when you do see the cold plate illuminated in all it's infinite RGB LED glory, it really is stunning.  There's absolutely no light bleed and the logo can be set on the colour you want, set to pulse, set to wander through the rainbow, basically set to do anything short of make you a perfect Gin and Tonic. 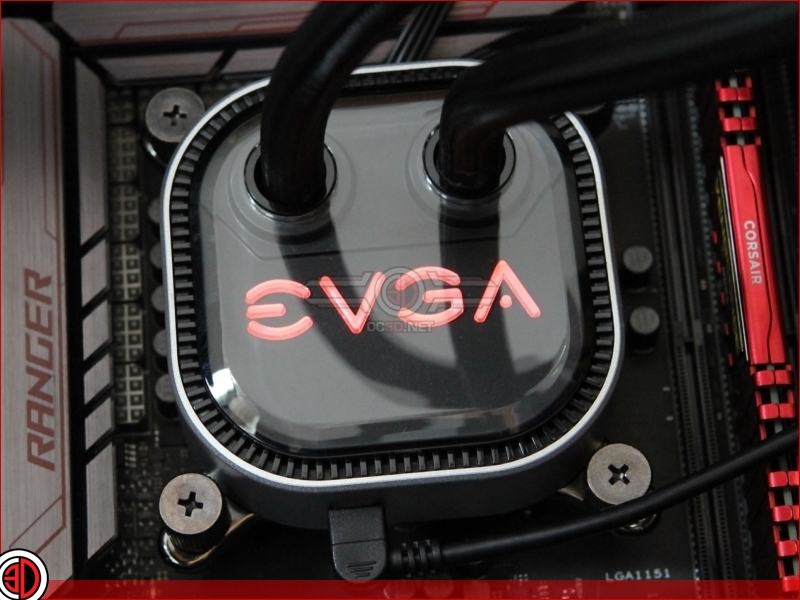 Seikusa
Since the fans somewhat blow the air sidewards (JTC did testing with with liquid ice https://www.youtube.com/watch?v=5p2rkH4G-hs ). How did it perform with your standart vardar fans?Quote

crobbot
Does the video answer the question? IMHO no it does not. JTC does like the sound of his own voice. Cool video though.

SilentForever
Quote:
Tom, any chance of adding nzxt x52 results into the graph? Thanks for including the x62 btw. Really helpful

Platinum
Just had an email to say I have won the 280 one, well chuffed with that