We've shown you the outside of the box a few times now, so we think you probably get the idea.  Time to show you the inside.  Shall we just say that you can tell how much care has been put into the development of a cooler by how much thought has been put into the packaging.  In the case of the H5Universal the designers have utilised the spaces down the side of the internal packaging as storage for the fitting hardware.  Talking of which, along with all the requisite fittings for both Intel and AMD you get a separate AMD and Intel back plate, a 775 spacer pad, a set of additional fan spring clips, a tube of TIM, instructions, a sealed warranty card, and a fully functional and Cryorig branded screw driver. 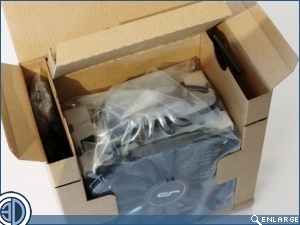 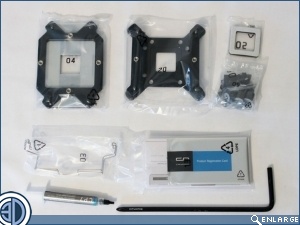 Measuring 160x143x98mm (HxWxD) the H5 universal can officially be referred to as "hefty".  So hefty is it that Cryorig claim that when combined with their Hive technology and XL Surface design, the cooling surface is actually comparable with twin tower coolers, and in fact Cryorig claim the surface area to be within 90% of their R1 series.  Whether this is true or not is anyone's guess, but what we can say is that the 4x6mm heat pipes have been well distributed withing the fin stack, something that we've seen in the past often leads to better than expected results. 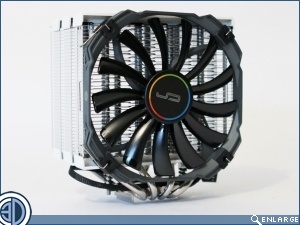 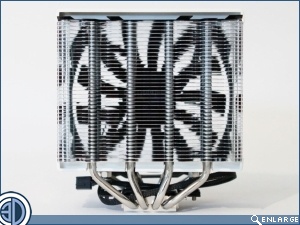 No, the top plate isn't Silver, it's white.  Do we know anyone who'd like that??? (Tom, do you know anyone who likes white things???).  Cool though it no doubt is, unlike the faux black Aluminium of it's lesser Brethren unfortunately the top plate of the H5Universal feels more than a bit plasticy, 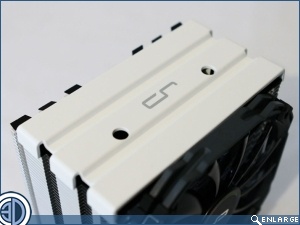 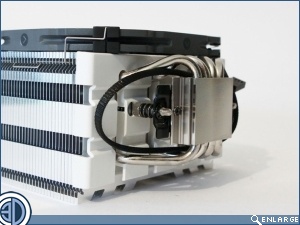 The MultiSeg quick mount system was indeed quick to mount, but did require an un-manly peek at the instructions.  The video on the Cryorig website shows the screws lining up perfectly with the provided driver, and slipping in easily.  The reality proved a little more difficult but given that the will was there, it was a predictable eventuality.  Kinda like having sex with a beautiful woman while she happens to be in the next room.  it's not going to be easy, but you're sure as hell going to make it happen.  And in case you're wondering what the hell i'm on about, the two holes in the top of the cooler are the ones you get to have sex through.  The H5 universal performed reasonably well in the tests coming mid pack and only 3.75 degrees off the temps of the class leading NH-U14S.  It is though quite a bit cheaper than the Noctua and although it may be the same price as the better performing Scythe Mugen Max it's hands down prettier than both of them. 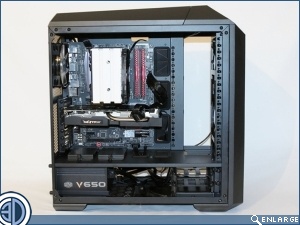 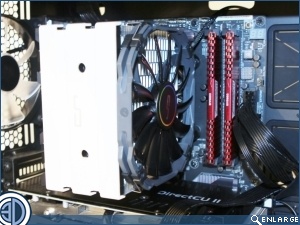