Well the Hyper 212X was the last cooler to be tested on the old 2011 set up, and damn nearly the last to be tested on the new rig.  We'd quite forgotten how much we liked the natty little package that all the fittings come in, and the clip on plastic fan clips that are just sooooo much easier and neater than metal spring clips. 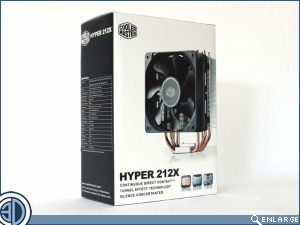 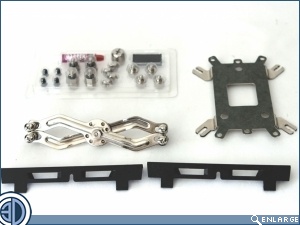 See what we mean about the plastic fan mounts.  Don't they just look so much better.  They're dead easy to get on and off, oh, and CoolerMaster even incude an additional set so you can go push pull with any extra 120mm fan. 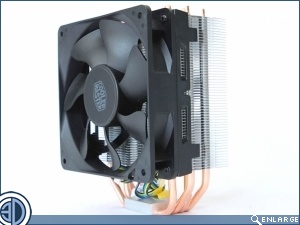 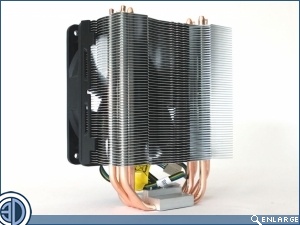 At just 79mm deep wit the fan mounted there's no way the 212X is going to cause you any RAM issues.  On the not so plus side, the four copper heat pipes do seem to be located very laterally within the stack which, as we're seen doesn't usually translate into stella performance figures. 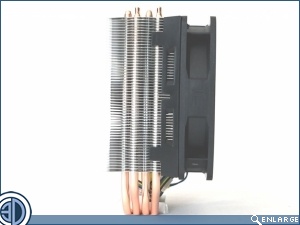 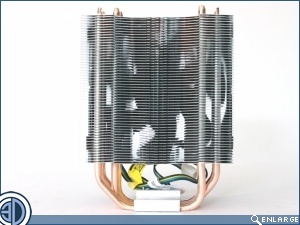 Aesthetics aren't really the forte of the 212X.  Don't get me wrong, it's not ugly, and it is very well put together, it's just a bit too OEM really. but then it does only cost £28 so you can't have everything. 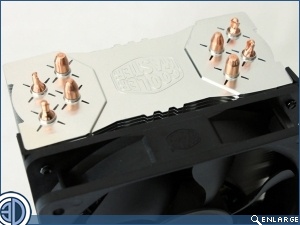 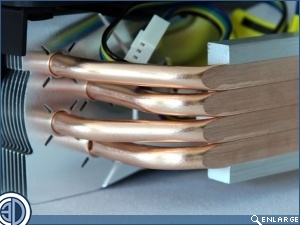 Fitting the 212X was quite simple although we did find the "X" brace thing a bit of a challenge to work out.  Like a few other coolers we've tested the firmness of the seat on the CPU lid wasn't nearly as hard as we'd like to have seen it, however despite this the 212X did reasonably well in the tests.  Let's put it this way, it beat the Alpenfohn Olymp we've just looked at on the previous page. 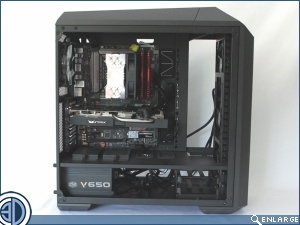 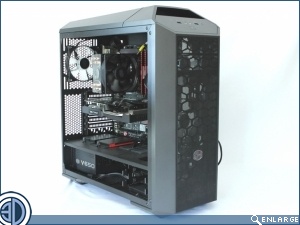