The Alpenfohn Matterhorn comes in a predominantly black glossy box, which actually has a window in the side of it to show you that this is the Black version of the cooler.  Inside you get the usual fixings as well as  some LNAs and a set of four spring clips. 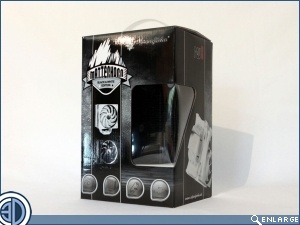 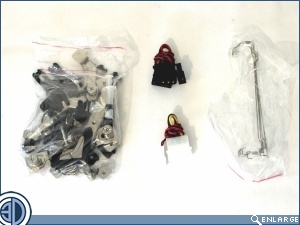 Although it has Copper heat pipes and Aluminium fins, the entire surface of the Matterhorn is finished in a rather nice almost matte, satin Black.  The included fan is a 120mm, 1500 rpm  version of the WingBoost2, and we have to say with its rubberised coating and white cowling interior it looks and feels like the highest quality fan we've seen in this whole test 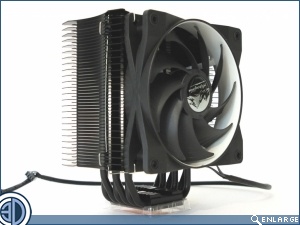 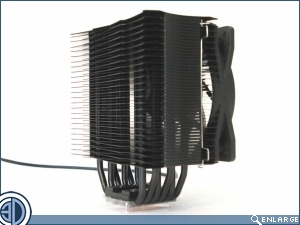 At just 100mm deep with the fan attached it's not going to cause any RAM issues, and with a height of just 158 it'll fit into most mid tower cases 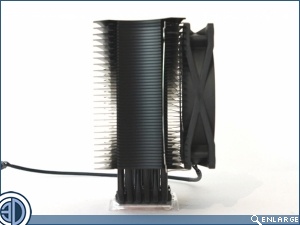 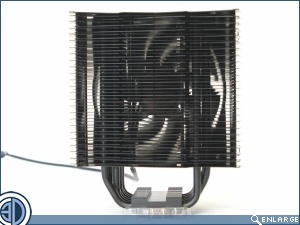 The top of the Matterhorn is finished in the same matte/satin Black as the rest of the cooler, with the top plate being formed so as to mask the ends of the heat pipes.  Although the spring clips used are subtle and can be hidden under the top cover, we do feel the bare metal nature of them detracts from the overall aesthetic. 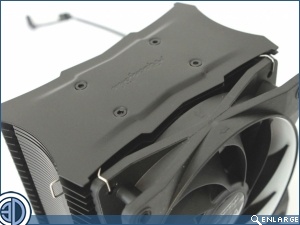 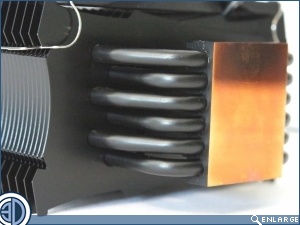 The instructions for the Matterhorn open up into a sheet so large you could have a picnic on it and caused me to have a flashback moment to when I used to make model aircraft kits as a lad.  They also had a fairly significant error on them, identifying the Intel mounting bracket as the AMD one, and vice-versa.  In all other respects, the Matterhorn was reasonably simple to fit, although when tightened down to its max we didn't think it was seated particularly well on the CPU lid.  Sadly our suspicions of poor performance related to poor CPU pressure were to come to fruition as the Matterhorn failed to impress.  OK, so it came half way up it's class ranking, and half way overall, but we think had the fitting method provided a tighter clamp it could have done much better. 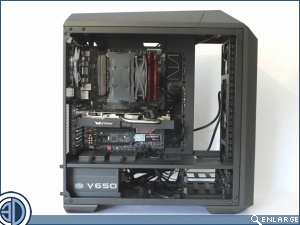 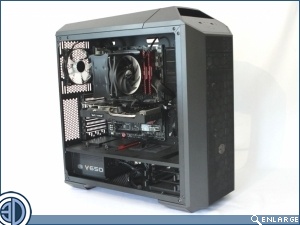