Well it's back to the brown box packaging for the Heligon series.  Although we haven't shown the accessories box you do get quite a bit of stuff.  Along with the usual fitting kits and universal back plate there's also a syringe of TIM as well as three sets of spring clips.  This means that should you choose to you could actually mount a total of 3x140mm fans to this cooler. 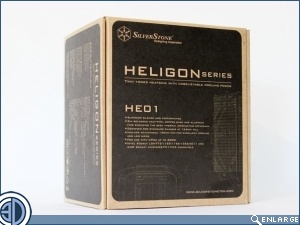 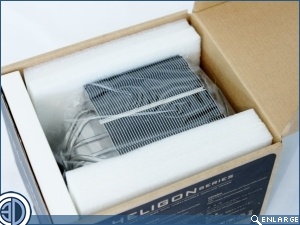 The HE01 is based on the 140mm fan, but the unit that comes with it is a little different from the usual fayre.  Not only is it super thick, but it has a variable speed control which enables full PWM control with a max speed of either 2000 rpm in performance mode or a more sedate 1200rpm in quiet mode.  The mode is selected by means of a small switch on the fan cowling. 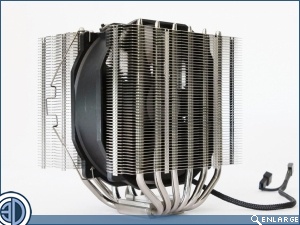 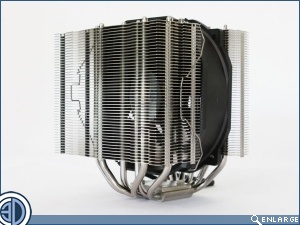 The HE01 has two fin stacks of 47 elements each, with the anterior fin stack being about half the thickness of the posterior one so as to mitigate any RAM encroachment issues.  We have to say we particularly like the thick fan and the way it completely fills the gap between the two stacks, this is something we've not seen before and we're kinda a bit hopeful that the 171CFM of air generated by the fan at 2000rpm will translate into some awesome cooling figures. 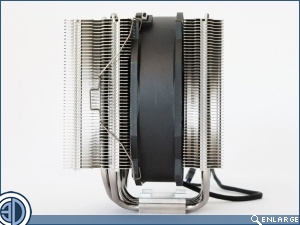 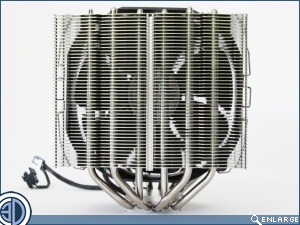 On the image below left you can clearly see the small fan mode selection switch.  Flipping the cooler over to look at the underside we can see that the contact plate has 6x6mm heatpipes eminating from it.  Also of note is that the pipes are oriented both laterally and antero-posteriorly within the fin stack 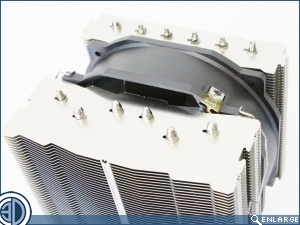 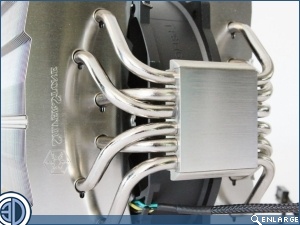 The  HE01 was really very easy to fit, but left us with the feeling that even at full tension it wasn't clamped down as tightly as it could have been.  This lack of a good firm contact can often translate into poor performance as the contact plate fails to effectively conduct the heat away from the CPU.  As suspected the HE01 failed to perform as well as it potentially could have done, coming 2nd from bottom in its class and just below the half way point in the overall standings.  I guess we were right about the lack of contact having an effect on performance. 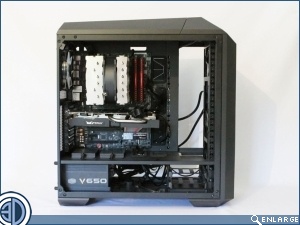 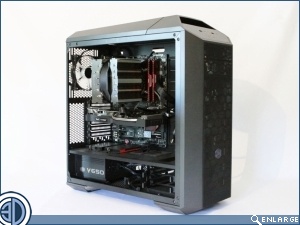