The NT06-PRO is part of the nitrogen series of Coolers From established maker SilverStone, who, it appears are either going for the mimimalist industrial look to their packaging or are spending their money on the contents rather than the box.  Well at a smidge under £50 for a top down cooler we hope it's the latter as this thing's going to need to perform to be worth the wonga. 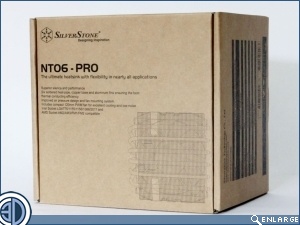 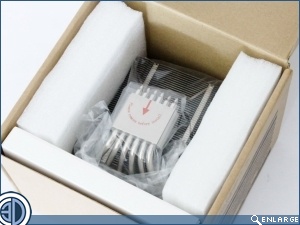 The 120mm fan can be mounted above or below, or if you're running a low power unit it can even be left of totally turning the NT06-PRO into a passive cooler.  Quality wise things are good, although we do find it a bit odd that the fin stack isn't at 90 degrees to the contact plate, and no, it's not the weight of the fins doing that, this photo was taken with the cooler inverted on the table and then rotated 180 degrees. 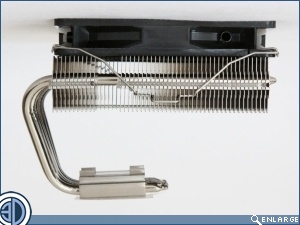 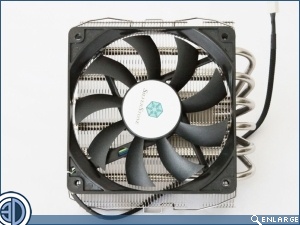 Aside from the sagging fin stack the only other issue we have is that there's a rather unattractive sticker on the top of the stack which cannot be easily removed.  We are though glad to report that the standard of workmanship and overall feel of quality is high. 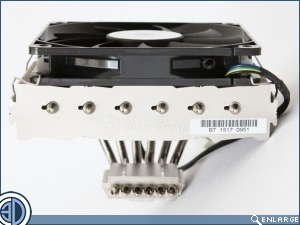 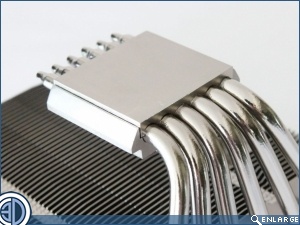 Mounting the NT06-PRO is reasonably easy thanks to the clear instructions and well engineered method.  Being a top down design, the cooler also offers cooling to the RAM And near motherboard components.  We've mounted the fan on the top which gives 52mm of clearance underneath, but if you chose to mount the fan underneath there's still 32mm of clearance, which is enough for standard height RAM.  Mounting the fan underneath also drop the overall height of the cooler to just 82mm.  Performance wise the NT06 Pro comes top of it's class, beating the Noctua NH-C14S, which actually has a larger fan.  Well done SilverStone, Well Done! 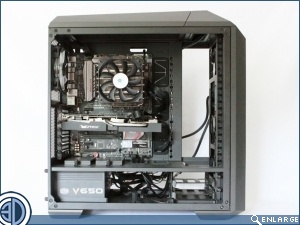 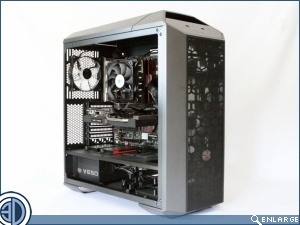