The exterior of the box has so many images and graphics that it's actually quite hard to find and decipher the name of the cooler within, and for such a big cooler, the box is actually quite compact though, with every millimeter of internal space being utilised.  The down side of this though is that aside from the thin walled box itself, there is very little in the way of packaging to protect the cooler in transit. 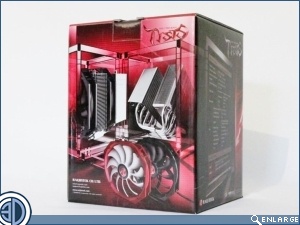 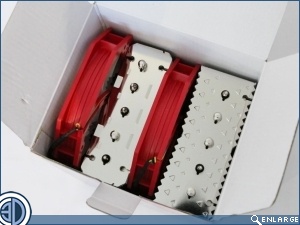 With two full thickness fans attached to the twin towers, the Tisis is one massive assembly.  Well, we say twin towers, but have you noticed they're not actually the same? or even similar for that matter.  We're not sure why this is, and Raijintek don't talk about it on their website so we can only assume it's for reasons of improved airflow. 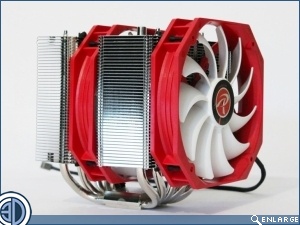 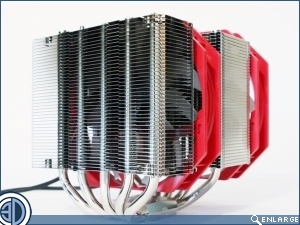 Raijintek also seem conflicted when it comes to which way round to mount the heat sink, with regards to whether the open sided or closed sided tower should be at the front.  The instructions show it one way, and the images on their website show it the other, so we're guessing it either doesn't matter or it's another example of their wavering attention to detail and quality. 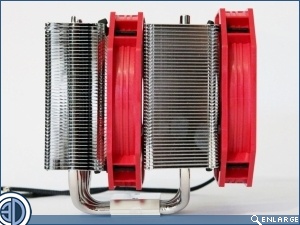 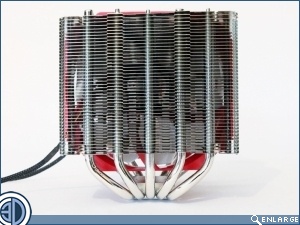 The Tisis does though appear to be free of any faults or damage on arrival, save for one of the fins been bent up slightly and being uhcoupled from the one beneath it, which was easily remedied.  We are though a little confused as to the materials employed with Raijintek referring to the heat sink as both "100% Nickel" and having a "patented Copper base".  Now it can't very well be 100% Nickel if it's got a Copper base, especially when you consider the fins are Aluminium. 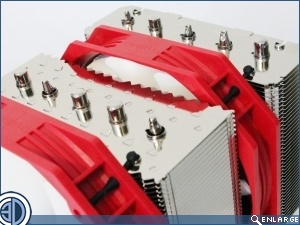 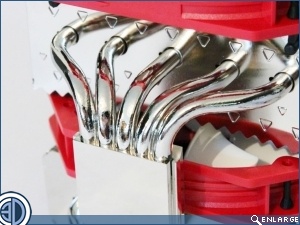 Well it's in, and yes, it was sod to fit.  I should emphasise that they're not nearly as bad as the bequite coolers to fit, I can't believe anything is as bad as that, it's just that they've somehow managed to make what should be quite a simple Noctuaesque system a damn site harder than it should have been.  The end of testing of the Tisis marks the end of the batch of Raijintek reviews, and I have to say i'll not be sad to see the back of them, and neither will my shredded knuckles.  Now, for a cooler that has the dimensions and fans that this one has you'd expect it to be up there with the Twin Stack Noctuas and Cryorigs, and in a way it is, but it does come in at the back of the twin tower pack.  That said, although it is 3.5 degrees off the pace of the D15S it does cost £25 less which is not to be sniffed at, and if you're looking for a red white and black themed build the fans will fit in nicely. 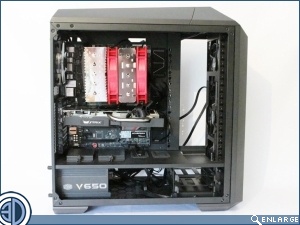 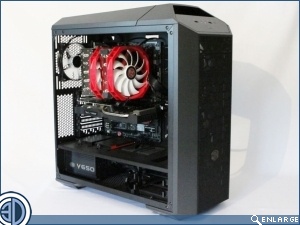