Well you might still get the bag-o-bolts approach to accessories but you also get a Noctua Style Long screw driver to help with what promises to be an arse of a fitting process. 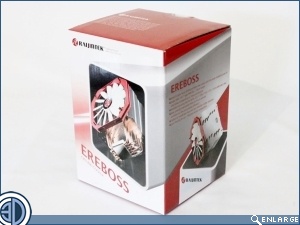 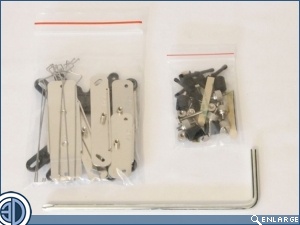 The cooler itself is quite a chunky monkey, measuring as it does 160x140x110.5mm (HxWxD).  Raijintek have tried to limit the front overhang though by fitting it with one of their 13mm thick low profile 140mm fans. 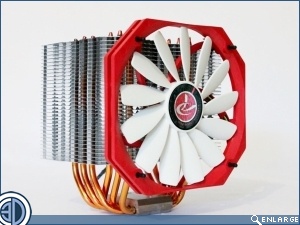 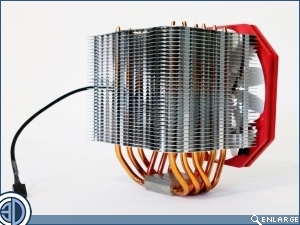 As you can see, the 140mm fan somewhat overlaps the 33 element fin stack.  It's also worth noting that although some of the heat pipes are located slightly more medially, they are all still essentially positioned towards the lateral aspects of the stack. 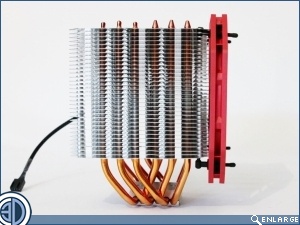 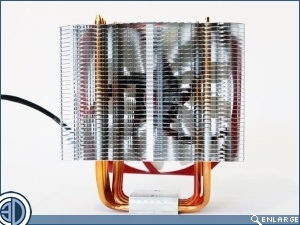 Again quality isn't exactly brilliant on the Ereboss.  We found that the upper most Aluminium fin was actually domed slightly, and as this is the bit of the cooler you actually see when it's in your case it does rather detract from the aesthetic.  There was also quite a bit of solder splatter onto the copper heat pipes, as well as a small divot missing from the contact plate.  Not good Raijintek, Not good at all. 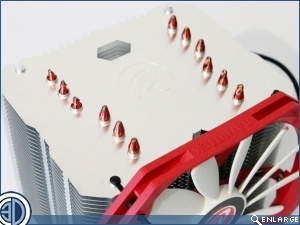 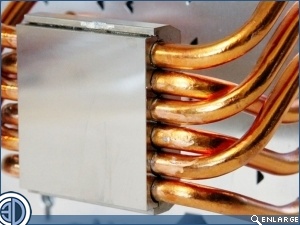 As suspected, fitting the Ereboss was an absolute nightmare, taking a good 20 mins and a lot of Effing and Jeffing.  The supplied long screw driver did make the process possible, because were it not for it there's no way you could fit the cooler with a standard screwdriver, but as the drive bit on the end of it was far too big for the screws it was going into it was difficult to get good purchase on the screw heads and as a result we weren't able to get it clamped down as much as we'd like to.  This lack of pressure we think is reflected in the poor performance garnered by the Ereboss, coming as it does last in the 140mm fan based cooler division, and a full 11.5 degrees behind the much smaller NH-U14S. 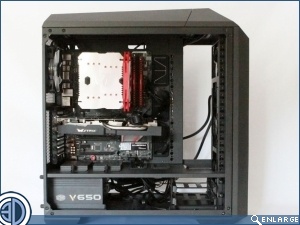 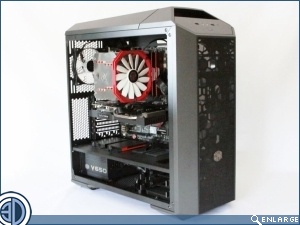