Pretty much anything we've ever tested from Noctua has been pure quality, and the NH-U9S is no exception.  Cast your eyes back a page at the bequiet cooler and how the accessories and instructions were presented, then have a look at how Noctua do it.  Not only do you get separate instructions for each socket, but the instructions are folded in such a way so as to fit into the relevant box compartment.  The fixings are also separated into annotated bags.  Along with this you get a syringe of Noctua NT-H1 TIM, additional fan clips, a screw driver, an LNA and a case badge.  The only real negative is that the cooler only comes with an Intel Back-plate, however an AMD one can be obtained separately. 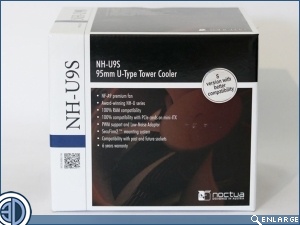 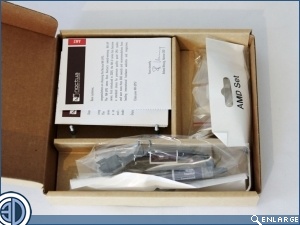 With the fan attached the NH-U9S measures just 125x96x95mm (HxWxD), making it quite a compact affair.  It comes with a single 82mm fan attached to it, but an additional unit can be attached to the rear via the included spring clips.  Look carefully at the image below right, and you'll see that the tower is actually off-set away from the direction of the RAM, this enables Noctua to maximise the depth of the stack without encroaching on the RAM. 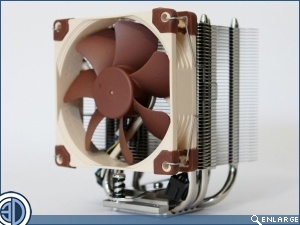 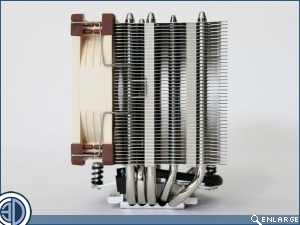 The 7x6mm heatpipes exit the highly polished Copper contact plate and proceed up the 43 element fin stack.  As you can see they are grouped towards the edge of the tower but some are positioned more medially than other.  Also of note is that there are more pipes towards the front of the fin stack where the airflow from the fan is greatest. 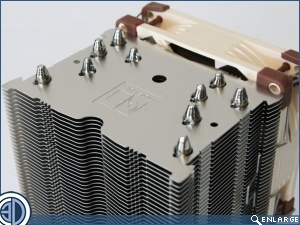 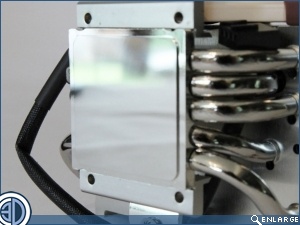 The reason we're testing Noctuas right after bequiet is simple. We knew the ease of fitting Noctua coolers via the SecuFirm2 system would supply some much needed therapy after the nightmare bequiet system.  We were also pretty sure that the Noctuas would perform, and true to form the NH-U9S opened the batting well, coming in the top half of the charts, and beating many much bigger coolers, including the Pro3 on the previous page.  It also topped the 92mm fan based chart, so not a bad result. 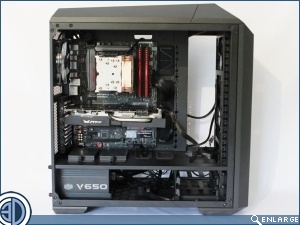 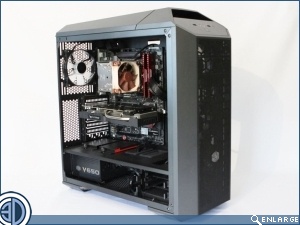