Most bequiet coolers come packed in cardboard inserts.  The Dark RockTF however comes in its very own expanded polystyrene cocoon, and so is very well protected.  The fans are packed separately in separate boxes, with fan clips being provided to affix them to the body of the heat sink. 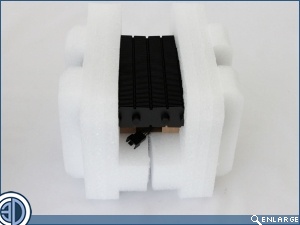 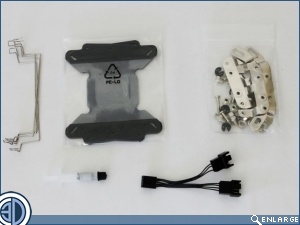 The TF if you haven't already guessed stands for Top Flow, and as you can see this is a top down configured cooler.  The TF has two separate heat sink stacks, the lower being considerably smaller than the upper. 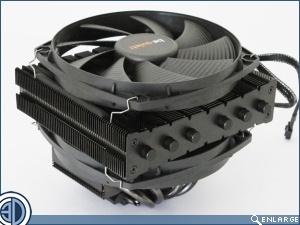 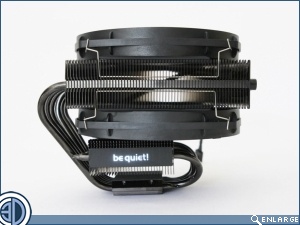 Mounting the two fans above and below the upper fin stack was no easy task, as the spring clips were remarkably stiff and the distance they were required to reach felt like it was just a bit too far.  The 6x6mm heat pipes leave the contact plate on both sides, with a short run of just four pipes going to the lower stack, and all six heading up to the upper stack. 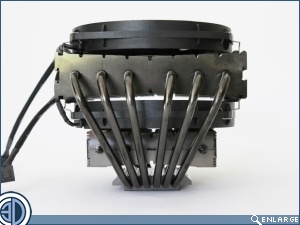 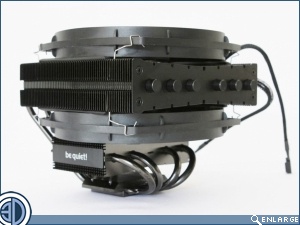 The pipes are terminated with nice Matt black end caps which sit well against the satin black of the top cover.  The contact plate and heat pipes are finished in dark Nickel, with a great deal of messy soldering in evidence. 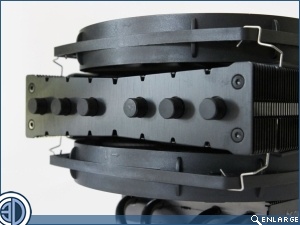 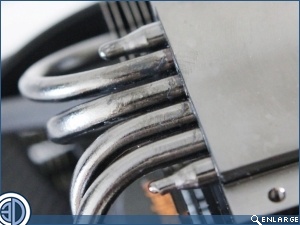 The TF does look kinda smart in the case, and of course as it's a top down design it will aid cooling of motherboard mounted components and especially those components immediately around the CPU area.  The high angle of the heat pipes as they climb to the upper stack also means that the TF is compatible with tall RAM.  From a performance perspective the TF came bottom of the Top Flow charts and well down the ranking in the overall classification. 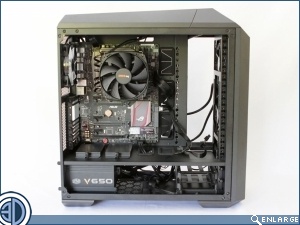 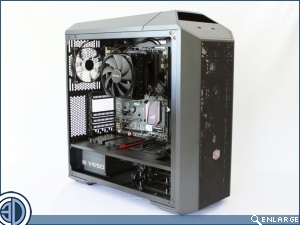