As with many cooler manufacturers, bequiet give a rundown of the technical data for the Shadow Rock2 on the box's exterior.  Inside the box you get all the usual fixings for a host of Intel and AMD sockets, in fact this cooler is compatible with some AMD sockets that may well be older than you! 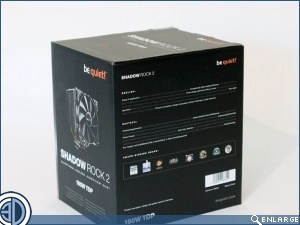 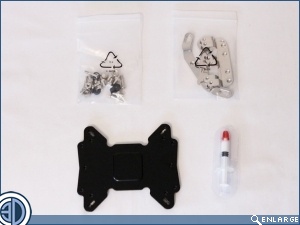 The Shadow Rock2 is one bulky beast, with vital statistics that would make a "plus size" model envious.  It's not so much the height, at 160mm there should be great case compatibility, but check out that depth...147mm...Holy Crap is this thing deep.  We have a sneaking suspicion that there's going to be significant RAM overhang. 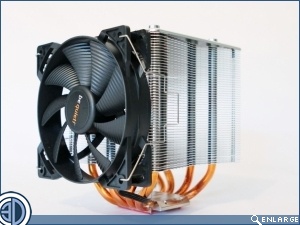 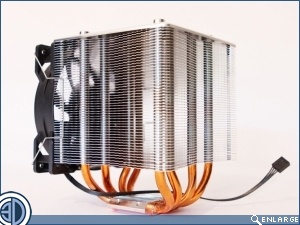 The cooler has four chunky 8mm heat pipes which are split into two columns running up the front and the rear of the cooler respectfully.  With this configuration, and the sheer depth of the cooler, there's a good chance the rear heat pipe/fin area won't be receiving enough airflow to dissipate the heat effectively. 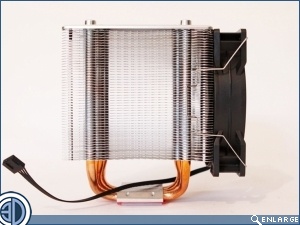 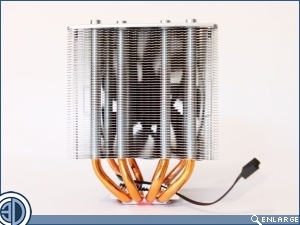 With it's brushed Aluminium top plate, chromed pipe end caps and simple bequiet logo the Shadow Rock2 is the epitome of old school Aluminium elegance.  Flip it over and you get a great view of those fat 8mm heat pipes.  As with the Pure Rock, there is though evidence of solder splatter  where the pipes meet the contact plate. 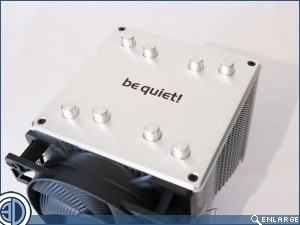 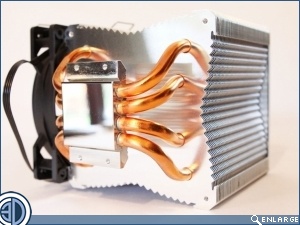 Let's not beat around the bush, the instructions that come with the Shadow Rock2 aren't exactly the clearest in the world, the diagrams are way too small to be of any use and the text was largely bad German to English translation.  This though wouldn't have been a disaster if the fitting method was intuitive, but it wasn't.  Let's put it this way, we've fitted 100s of coolers over the years, but in working out how to fit the Rock2 actually managed to get things wrong the first time round which lead to lots of swearing and head scratching, when the temps came back worryingly low.  Having un-mounted the cooler it was at this point that we realised there was a much easier way to fit it and once you've sussed it the bequiet is actually quite easy to fit, although do be prepared for it to skate about on the TIM while you're holding it in place and screwing through from the rear.  Having re fitted it the correct way, tensioning down from the rear, we re tested and found the results essentially the same, and still worryingly low, with the Rock2 being beaten by a whole host of 92mm fan based coolers.  We think the problem lays within the combination of a fin stack that is too big for the low speed fan it has to work with and the fact that the mounting hardware fails to provide a firm enough attachment to the CPU. 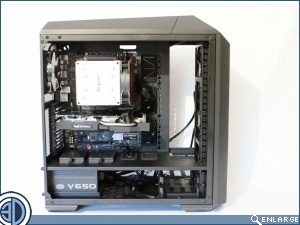 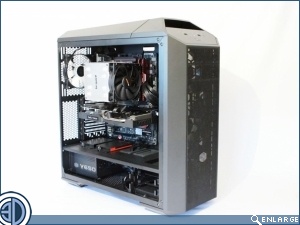