With everything in place, the interior of the Blader G is certainly neat and tidy, this is in no small part due to the front side cable management cover plate.  If you're absolutely determined to put an air cooler in here then you'll be pleased to know it will take units up to 170mm tall.  It will also take GPUs up to 380mm long, with this figure being affected by any thick front end radiators. 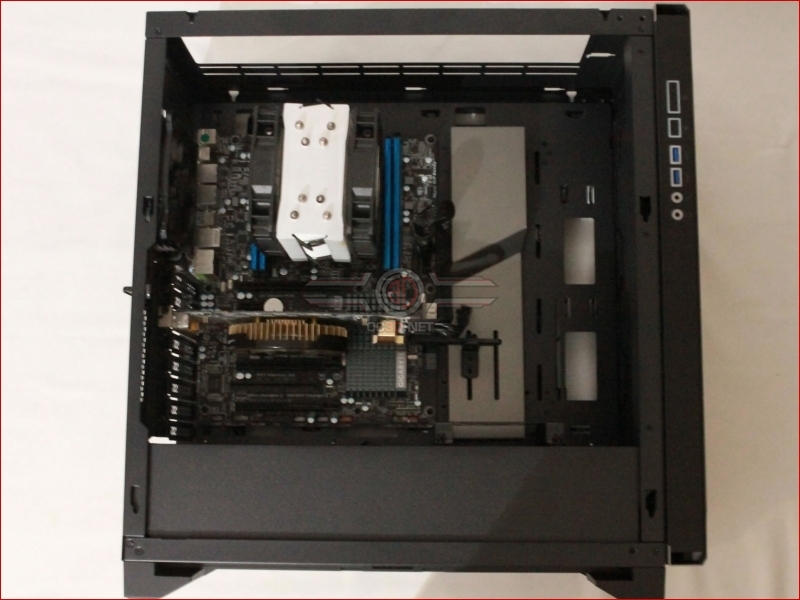 Talking of radiators, up in the roof there's room for up a 360mm or 280mm of radiator.  There are though, a few provisos, the first being that you can't have a 360 in the front, as well as in the roof.  The second proviso is that there's only 60mm of space to play with here until you hit the edge of the motherboard.  That said, the mounts are slightly off-set away from the motherboard to some degree so if you're both clever and careful, and of course plan things out you could get away with components that slightly overhang the motherboard area.  You have though, been warned. 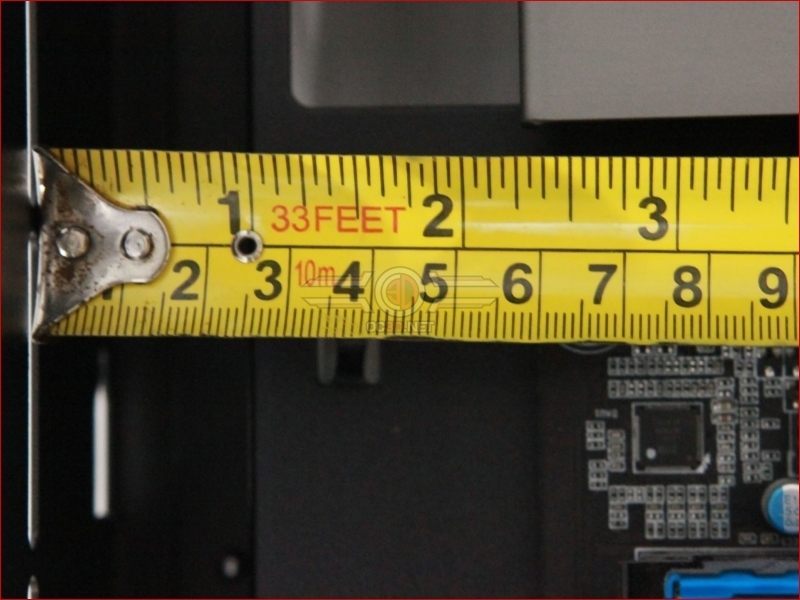 In the image below we can see that with just our usual 55mm thick rad in, there's not much room to maneuver. 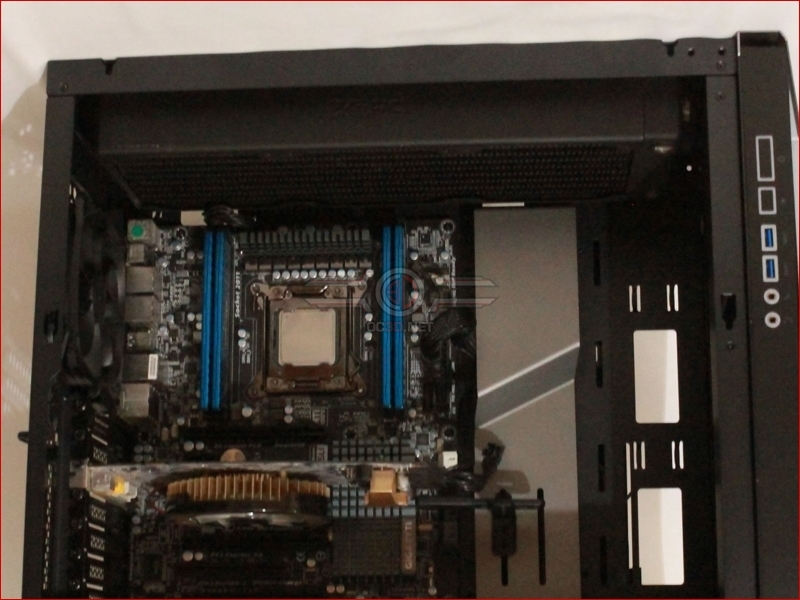 The 55mm thick rad does clear the front side cable management cover plate, but only just. 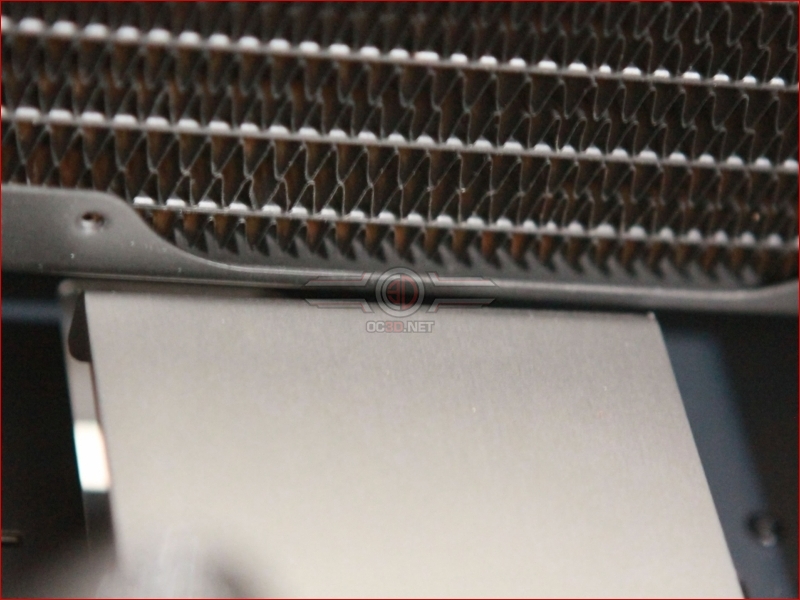 Things though are a bit tight when we look at the RAM and CPU area. 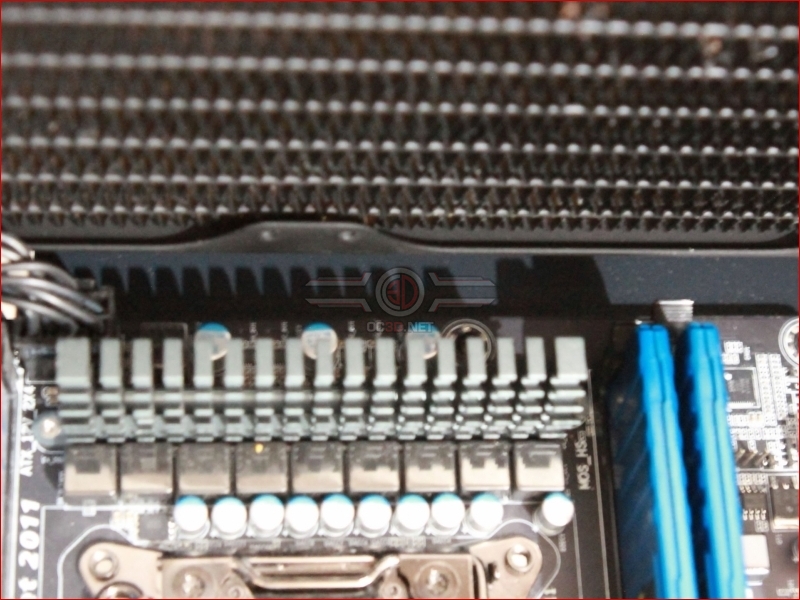 As we've said, the front of the case can also accept up to 360mm or 280mm, with pretty much the same proviso as before, in that it you want to go full length, then you're going to need to access the area below the PSU shroud, and doing so limits the max thickness to 60mm. 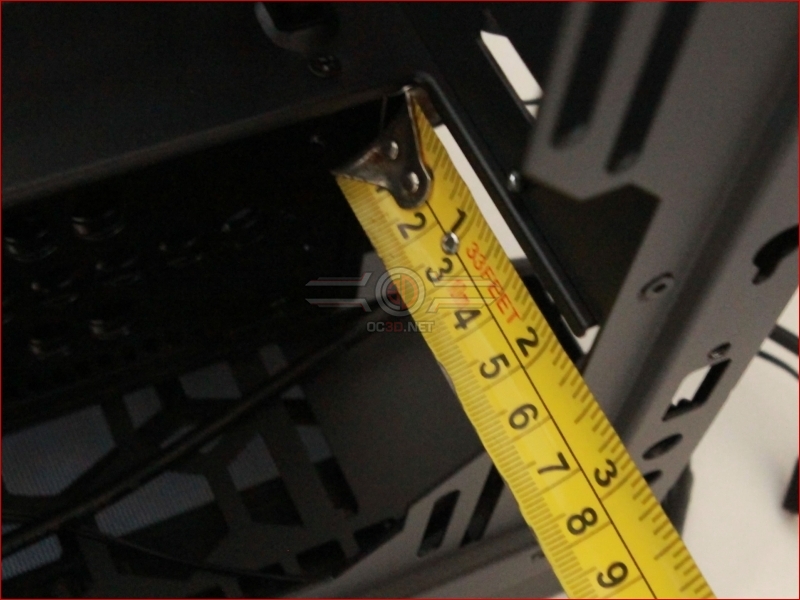 If, on the other hand, you want to go down the 240mm or 280mm route, then you can keep things above the shroud and pretty much go as thick as you want.  Bear in mind though that if you're going uber thick, perhaps with push pull then you are going to limit your access to the cable management plate, and potentially limit the max GPU length available to you. 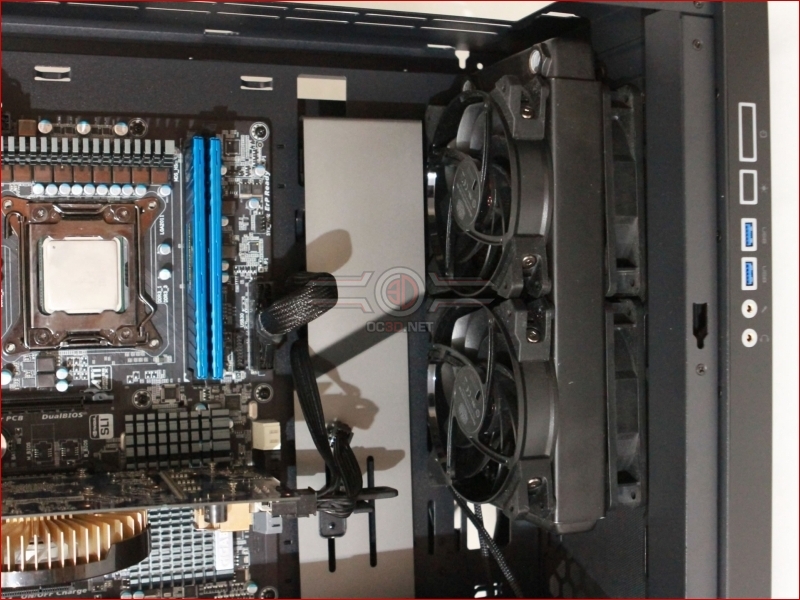