Until now Corsair's SPEC series has been part of their budget case lineup, offering users an attractive price point and a modest feature set. With the launch of the SPEC-04 Corsair received a lot of praise for their stylish externals, so much so that many were disappointed that the 04 was at its core a budget chassis.

We love the SPEC-04 here, so much so that the chassis received both our Value for Money and Enthusiast Grade awards, thanks to its low price point and its potential modding/water cooling capabilities.

Whether you love or hate the SPEC-04's design, it was something that Corsair had to revisit in the high-end, bringing us to the SPEC-Omega, a £99 chassis that offers the same external style with cleaners lines, Tempered glass windows and a lot more room for activities under the hood. 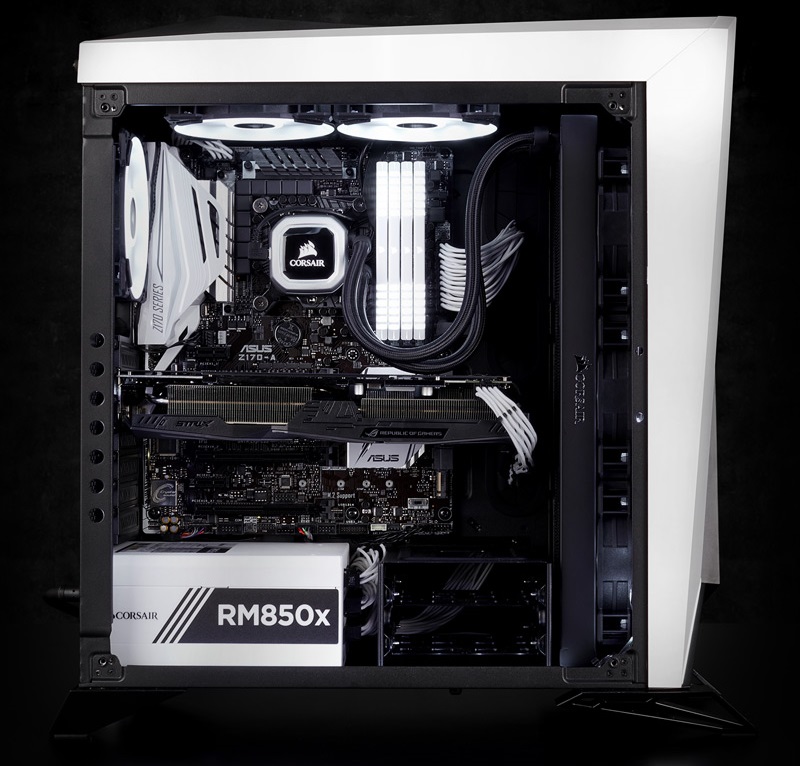 Looking at this chassis, it is clear that the internals takes a lot of inspiration from the 400C and the 460X. To put it simply the internals are pretty much copied and pasted into the SPEC's unique external frame.

While some of us would love to see Corsair create a new internal layout for the SPEC-Omega, it is easy to see why Corsair opted for the "if it ain't broke don't fix it" approach to case design. The main differentiating factors are the externals, the use of Allen bolts for the tempered glass side panel and the included LED strip on the outside of the chassis.

This chassis will come with Black, Red and White options, with all models coming with a red or white LED strip to illuminate the exterior of the enclosure (white for the white versions and red on the black/red versions). 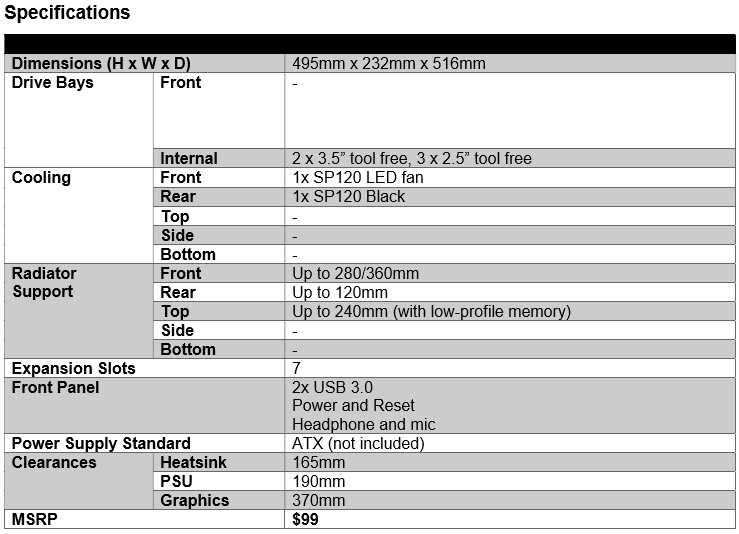 hellboy99
Not liking the look of that front design at all, it's neither here nor there.Quote

Dawelio
As someone who absolutely fell for the "Spec-Alpha" and once building in it, experienced so many weird designs with it, all that "love" went away... And this case feels like a lot of those issues are still there in my eyes unfortunately.Quote

russler
thought they looked ugly at first but the white ones growing on me.Quote

NeverBackDown
Quote:
Still look ugly to me. Plus it's Corsair so I wouldn't even consider buying it..

Only company to do the angled look justice was NZXT with the Phantom and Switch 810.Quote
Reply