Thermal performance is an essential factor for any PC case. Your system may look fantastic and seem silent from the outside, but all of that is for nought if your PC has the internal temperature of an oven. Your PC case needs enough airflow for your components to remain cool under load and to prevent any form of thermal throttling.

For our test, we used the following hardware using fixed fan speeds (so that only the case and its included fans can influence thermal performance). We started with all of the Silencio's case fans running at their maximum speeds, which in this case is 1250RPM.

The graph below showcases Delta temperatures with a controlled ambient temperature of 21 degrees Celsius.

When testing PC cases, we like to provide our readers with a variety of results. Not everyone runs their fans at their maximum RPMs, and not everyone uses fan speed profiles to limit their noise levels and airflow. So to cover all bases, we test cases with three fan profiles, a 600RPM profile, a 1000 RPM profile and a "Max" speed profile.

Starting with 600 RPM, we find that Corsair's 220T RGB Airflow and its included SP120 Pro RGB fans don't push a lot of air. Both our CPU and GPU temperatures are amongst the highest that we have seen with our current test suite, highlighting the pitfalls of Corsair's static pressure oriented fan designs. Perhaps airflow-oriented models would have been a better fit.

With this case, we also wanted to see what happens if we fit three additional SP120 Pro RGB fans into this system. Sadly, these fans did relatively little to improve the case's thermal performance. Scroll down to see how things fare when fan speeds are cranked up. 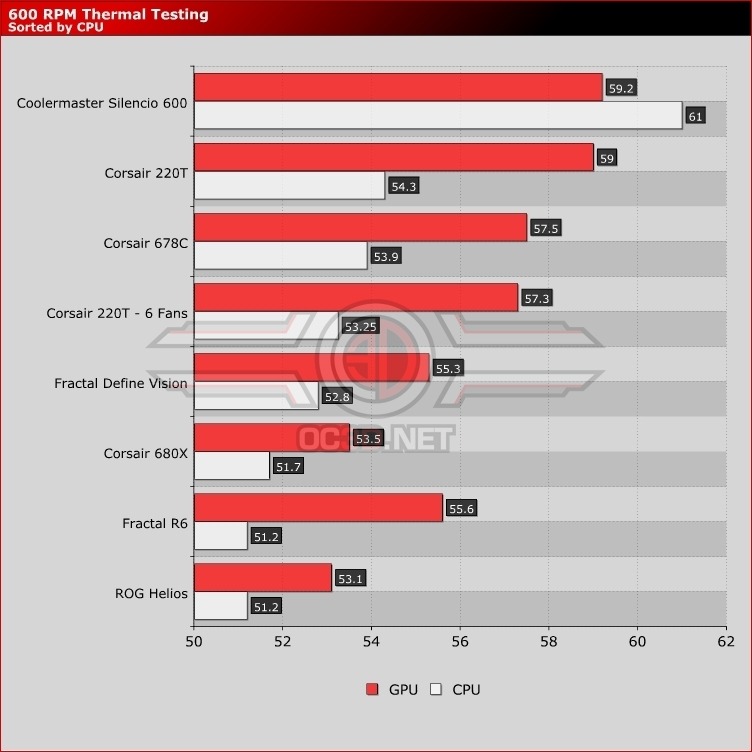 When we install three extra fans we find that the thermals of this case remain constant on our GTX 980 graphics card and drop for our CPU. 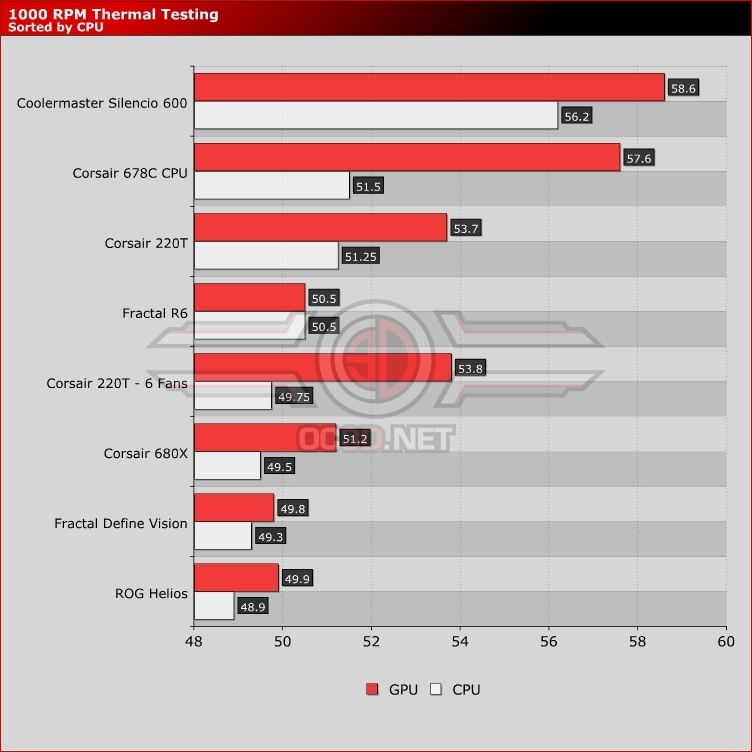 The fans included with Corsair's 220T RGB Airflow max out at 1450 RPM, which all things considered isn't overwhelmingly fast. To put things simply, Corsair wants these fans to run relatively quietly under load, even at their maximum speeds.

When set to max speed, Corsair's 220T sees our test system's CPU temperatures fall into the mid-range of our charts while our 6-fan configuration falls into the graph's lower bounds. GPU-wise, things are a little different, as thermals remain marginally higher than the competition. Even so, the case sits miles ahead of the Corsair 678C and the Silencio 600. 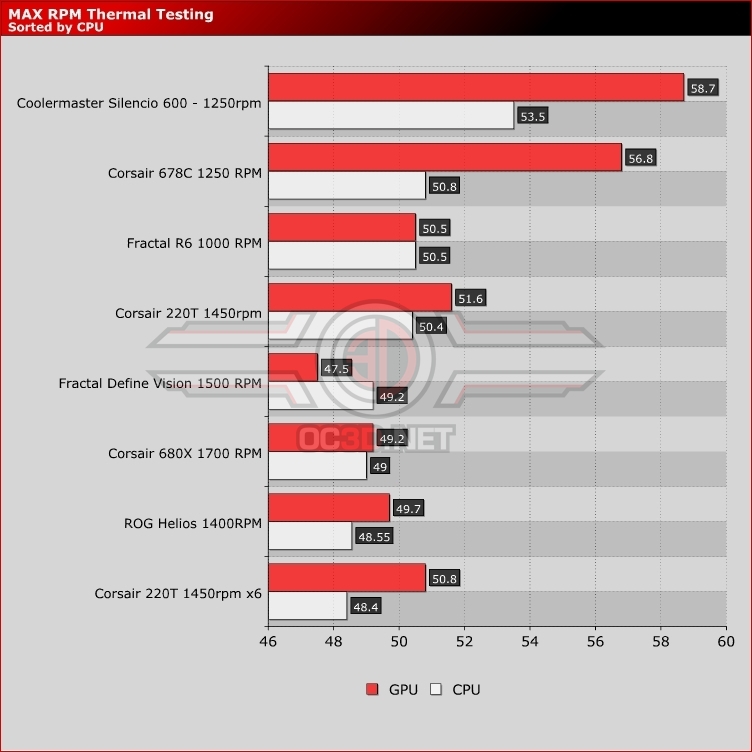