So far we've talked about the cooler in the way we would any other, but the ML240L RGB does have a little something extra to offer, and that something is that you can illuminate both the cold plate and the fans.  Now, this in itself isn't unusual, but what is unusual, is that you can change the colour of the lighting.  We should add that we are aware of several manufacturers that offer the ability to control the colour of the cold head lighting, but it's no so common to see the fans integrated into this lighting. 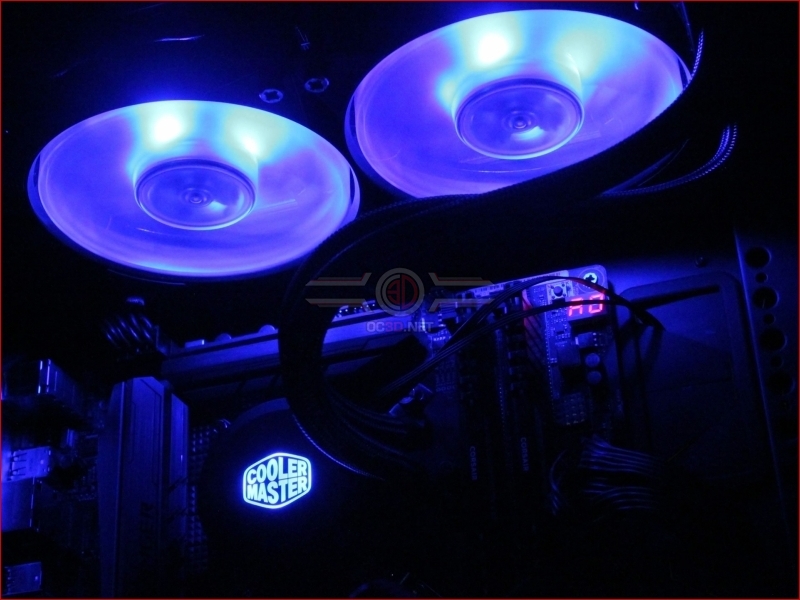 You can chose from seven colours in total, Red, Green, Blue, Yellow, Cyan, Purple and White.  The white could actually be a pale blue, and the Yellow is a bit greenish, but really we're just being picky. 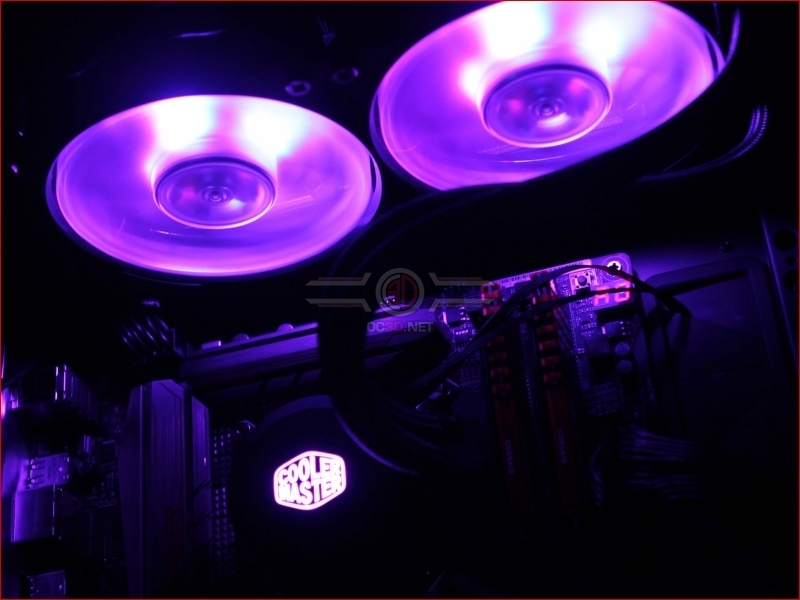 It is of course hard to give the full effect of the lighting in static images, but there are a few lighting effects to be had via the slim 3 button controller.  The first button toggles the brightness of the illumination through five levels, the second button actually toggles through the seven colours.  The last button is the one that offers the effects, which in turn are as follows. Flashing single selected colour, Pulsing (breathing from dim to bright) single selected colour, Fading between all the colours in order, Flashing between colours in order (not recommended if you're prone to epileptic fits perhaps), and finally pulsing between changing colours in order. 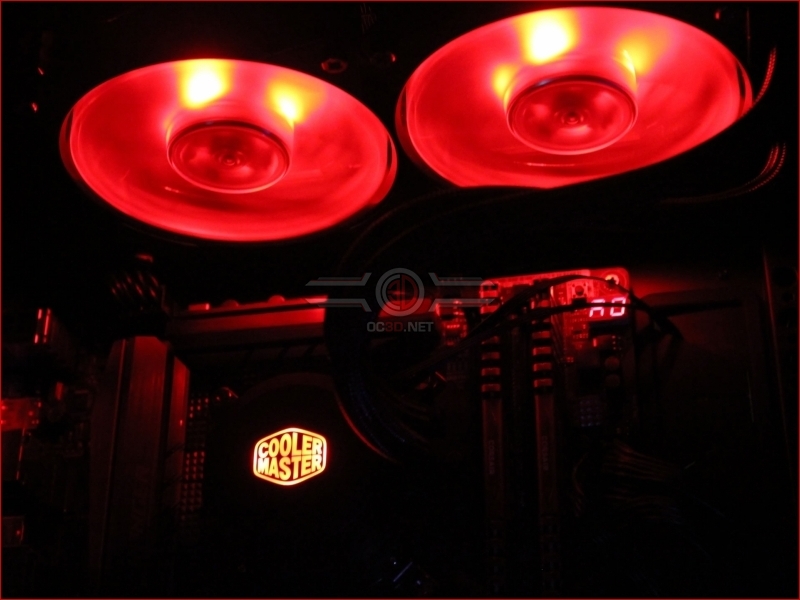 We do quite like the ability to be able to alter the lighting inside your case, but if we have one small gripe it's that by the nature of its design, the controller isn't accessible without taking of one or other of the side panels.  Not a big problem if you're going to select a theme and stick with it (as we would recommend), but a bit of an issue if you're the sort who likes to fiddle, as we know a lot of you are. 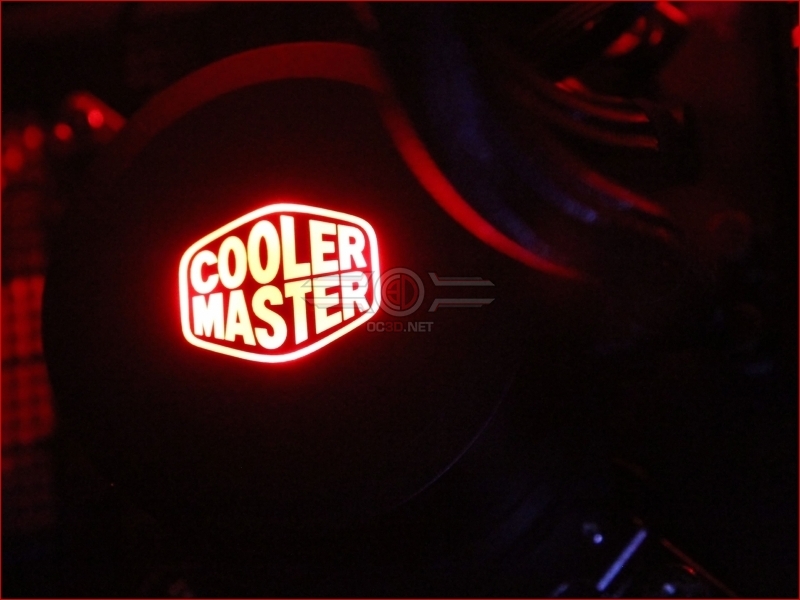