The Cold Plate pump assembly is a nice compact unit, with the simple CoolerMaster Logo depicted in white on its upper surface, or so it would appear.  In fact the logo area can be illuminated as per the page header image.  Not just in blue, but in a whole host of RGB colours 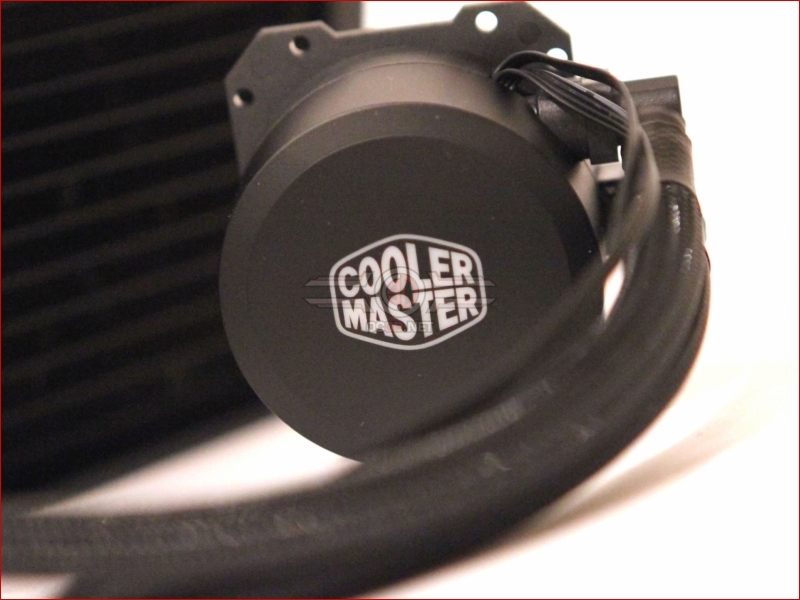 The tubing meets the cold plate at two 90 degree swiveling elbow junctions, and although initially a bit stiff, do loosen up when they're moved about a bit. 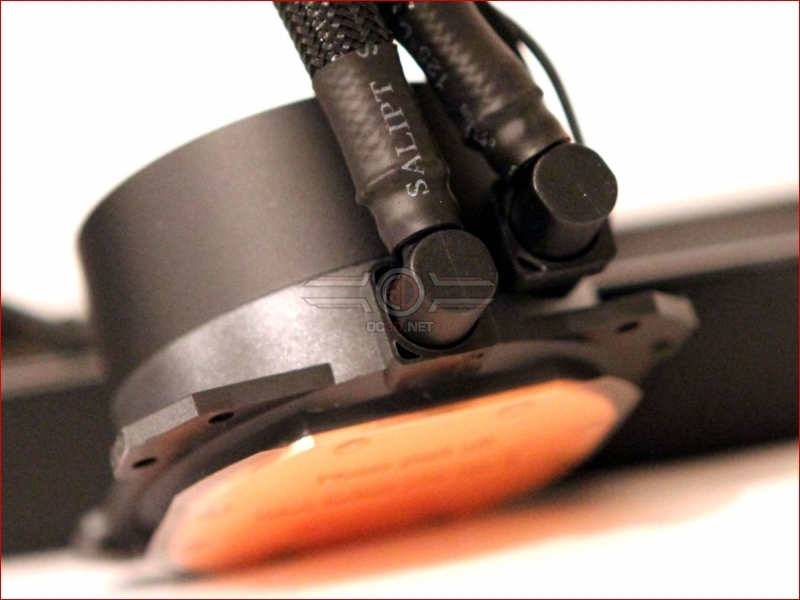 The cold plate itself is copper and is a bit of an odd shape, sort of like a circle with the edges trimmed off. 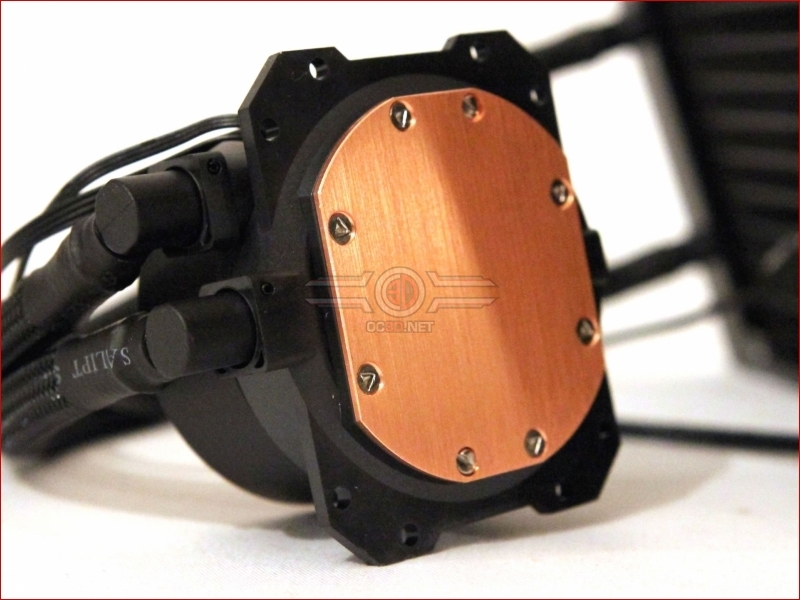