The Pro 6 doesn't just come in a box, it comes in the largest bag for life you'll ever own.  In all honesty though, this simple measure makes the pro 6 so much easier to get out of the case, and, if you're the sort that frequents LAN parties, it's going to make it so much easier to lug about.  Well done CoolerMaster, it's little details like this that let us know you're thinking outside the box, but inside the bag. 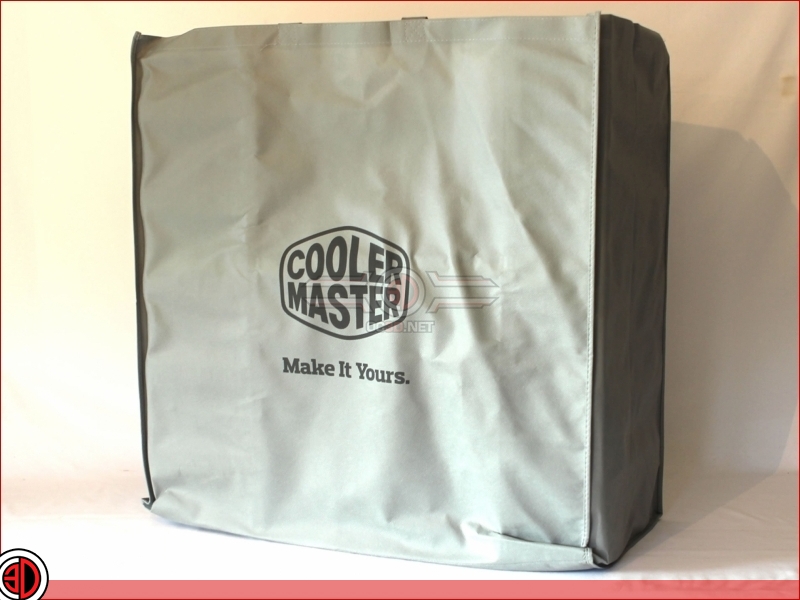 Quite elegant looking isn't it.  Now if you're thinking "I bet those covers a sod to get off", you'd be wrong, they come off easily, too easily in fact.  CoolerMaster themselves include an obvious warning about where you can and can't lift from, which is basically anything you can actually see or lay your hands on.  It's not going to be a major issue for a consumer, in reality the fact they are easily removable is a bonus, but it's a pain in the arse for a reviewer as we're forever picking the case up to move it for different angled shots, as all you have to do is touch one and it pops off. 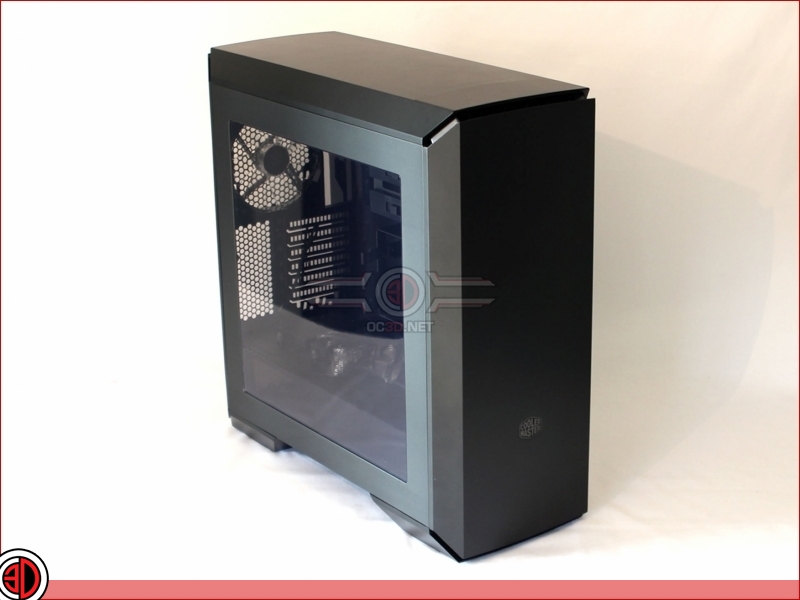 So why have CoolerMaster done this!  Well the top and front panels don't just lift off, they actually pop up/forward about 8mm on little spring loaded magnetic pistons to enable airflow into the case from the front and roof respectively.  We'll look at that a little later when we get to the strip down. 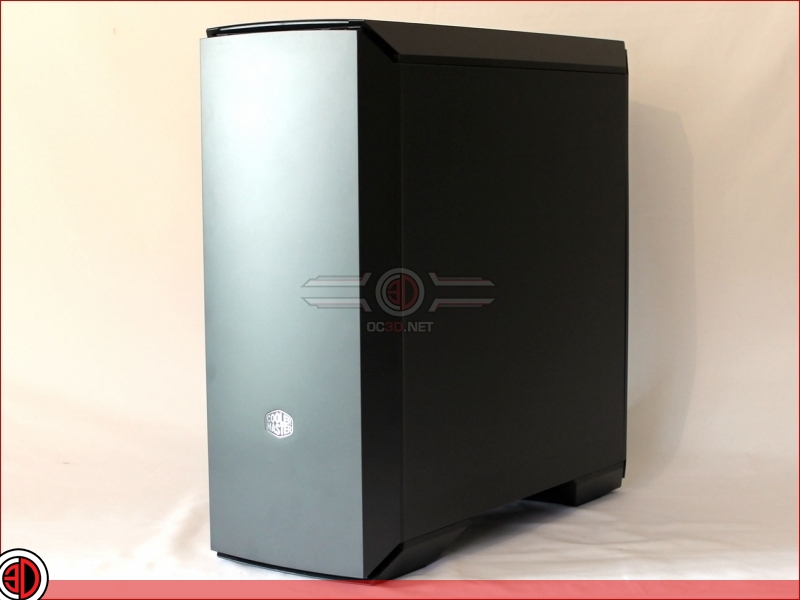 The Front I/O is hidden under a nice flush fitting flap and along with the usual Audio sockets, has a pair of USB 3.0 inputs. 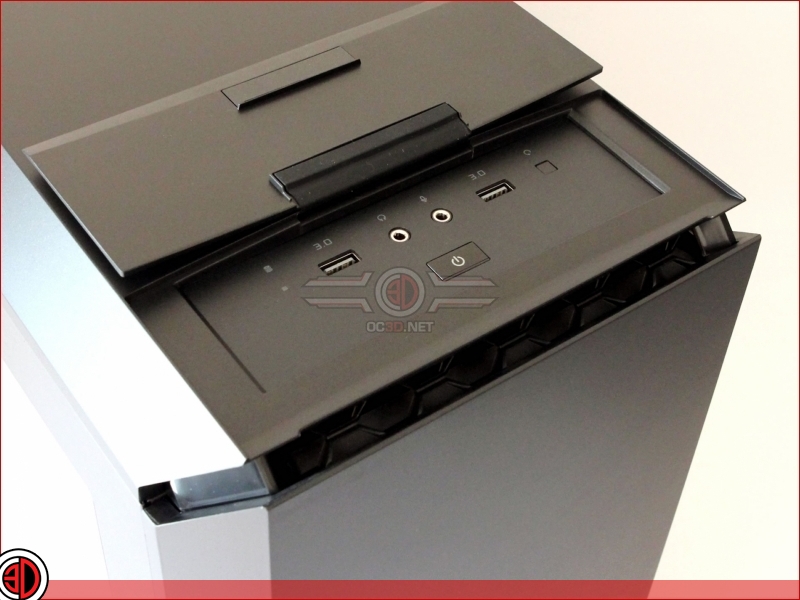 The rear of the case is standard ATX with the exception that it too has a removable cowling.  CoolerMaster tout this as enabling you to "hide your cables, but in reality, although it looks good, you can't actually hide anything within it as such, you can just hope they don't stick out the back too much. 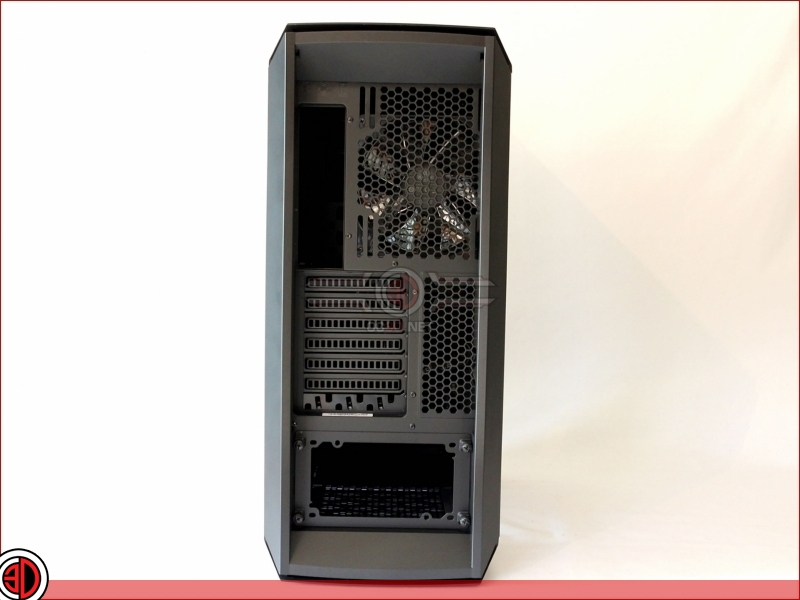 You can see by the sheer number of finger prints the fun we've had moving the case around.   Other than the Forensic evidence, the only other thing of note down here are the large rubber capped feet, and the removable PSU air filter. 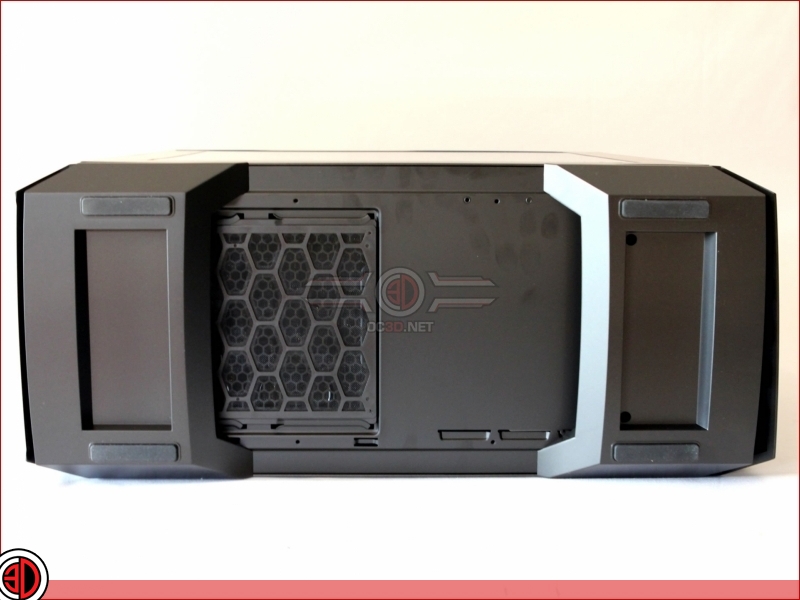 RickPlaysWarr
More dressing on the outside of the Box. This feels like a "Race to Best plain Box" type of case. Why not come up with something interesting on the internals of the case

Doomslayer
Well at least it's an improvement over the god awful Red/Black one seems like CM is back on track again making nice cases.Quote

Surpuppa
How many master case cases do they have? 10?Quote

Great review as ever, Gary. Cheers