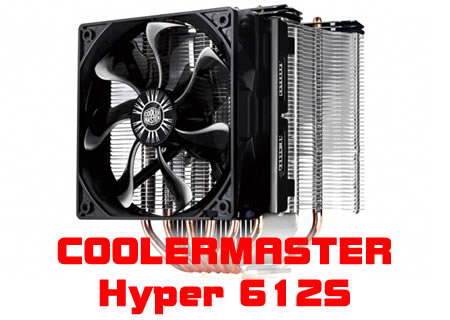 Its been a long time since we have tested a Coolermaster heat sink here at OC3D, in fact I think the last one may well have been the V8 many moons ago. Hoping to build on the success of their competitively priced cooler, the Hyper 212S, they have now released its bigger brother the Hyper 612S. Ear marked as a cooler for those of us that enjoy a silent running PC the expectations are high.... Except the noise and temperature levels we want them low! Ok I'm rambling lets just move on before I dig a bigger hole.

We'll say from the off that we are hoping that the 612S follows what has made the Hyper range so popular, a low price. There is no confirmed UK price yet and all we can find out is that its expected to be $49.99 in the USA, so we would like to think this will mean it will come in at a maximum of £40 when released in the UK.

When looking at the graphs the 612S is actually the worst performing cooler on that chart, and unless they charge £30 for it then it wont be the cheapest either. It is up there with the best of them when it comes to silence, because it is near as dammit silent. To the point there is no air noise at all, you can only just about hear a faint hum from the fan motor itself. Its so quiet it actually made the mechanical hard drive in the test rig sound loud! Having the option of fitting a second fan may help the performance of the unit and the brackets are included, but as the second fan wasn't an out of the box option we did not add one for the review.

The mount isn't as sophisticated as the 2 stage mounts from the likes of Noctua and Prolimatech but it's much easier to mount than a Scythe cooler. Having the mounting threads fixed to the cooler itself and having them push through to the back of the motherboard where you then bolt it all in place is actually really easy to do, easy for a single handy man but even 2 complete idiots should be able to get this thing mounted somewhere near correctly. If you have gone red you know that means you!

The Hyper 612S is a great looking cooler although performance isn't as good as we were expecting for the size and build quality of the unit. We have a feeling this is down to the fan and the fact we believe Coolermaster have obviously aimed this at near silence rather than performance. I do believe though that a carefully selected fan could unleash much better performance from this cooler without adding much if any extra noise to it. I don't how ever think that it will be worth spending any extra money on should it come in at £35-£40. If it was my money and I was thinking about adapting this cooler I would just spend more money on a cooler that performs better out of the box. Even the Thermolab Trinity that sells for just £30 managed to be as quiet as this and still perform better.

So to recap its a good looking and good performing cooler, but its not great. Its success when hitting the stores will hinge completely on how much the final price is. If it comes in at below £40 we would recommend it being on your list of possible purchases and based on its near silent operation we would award it the OC3D Silence award. 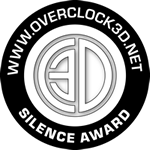 We would like to thank Coolermaster for the sample we tested today, you can discuss your thoughts in the forums.

yassarikhan786
Awesome Review Tom. It is an OK cooler for the price and the only thing going for it is the silence factor.Quote

Solidarity
I would only get this if i was building a really quiet pc. It's a good review, it's so quiet at 12vQuote
Reply