Turning Case Design on its Side

When it comes to PC cases, there are more than a few designs that are common across several manufacturers. How many PC enclosures would I be describing if I said it had space for an ATX power supply at the bottom room for three 120mm fans at the front, two 120/140mm fans at the top and a 120mm fan at the rear?

Many of these features are expected today, making it a bold decision for any manufacturer to take a step in another direction. Every design that steps away from the norm will no doubt have its detractors, immediately cutting off the section of the market that desires a case with a standard, or safe design.

With the MasterCase SL600M, the company has decided to move away from traditional chassis design, capitalising on a "chimney effect" layout to take advantage of natural airflow while minimising system noise. This leaves us with an enclosure that will have many of our readers scratching their heads, though at it's core the SL600M showcases a solid grasp of thermodynamics and a clear intention to dampen noise levels as much as possible. 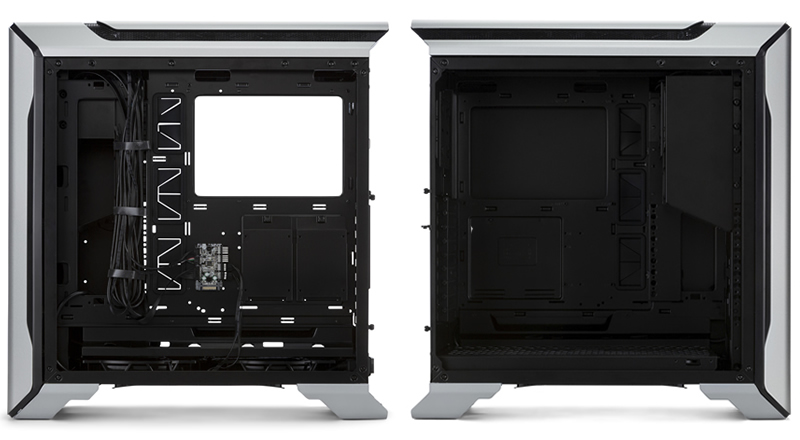 At its core, the Cooler Master SL600M is constructed using steel, with adornments of aluminium on the enclosure's top/front panels and a tempered glass left side panel. The front of this case offers no room for airflow, with the case's primary intake being at the bottom of the chassis, through the use of two 200mm fans.

The rear of the SL600M also lacks any fan mounting locations, making the top of the chassis the only place to exhaust hot air from the system. Storage-wise, this case has four dedicated 2.5-inch drive mounts (two behind the motherboard tray and two on the case's internal support) as well as four versatile mounts, which support 2.5/3.5-inch drives as well as water cooling mounts for water cooling pumps and reservoirs. 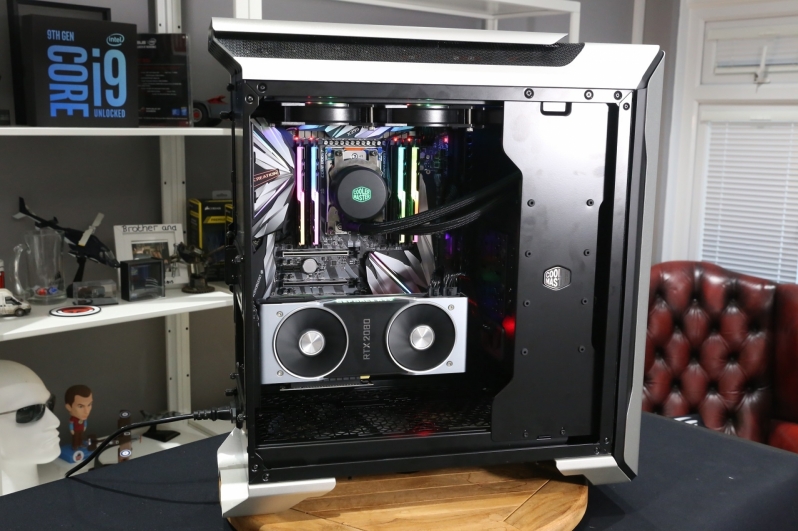 Motherboard-wise, this case will support MITX, MATX and ATX motherboard without any issues, though users of EATX mainboards (up to 12" x 10.7") will restrict the case's cable management features. This is visible in our video review, where we used MSI's MEG X399 Creation Threadripper motherboard. 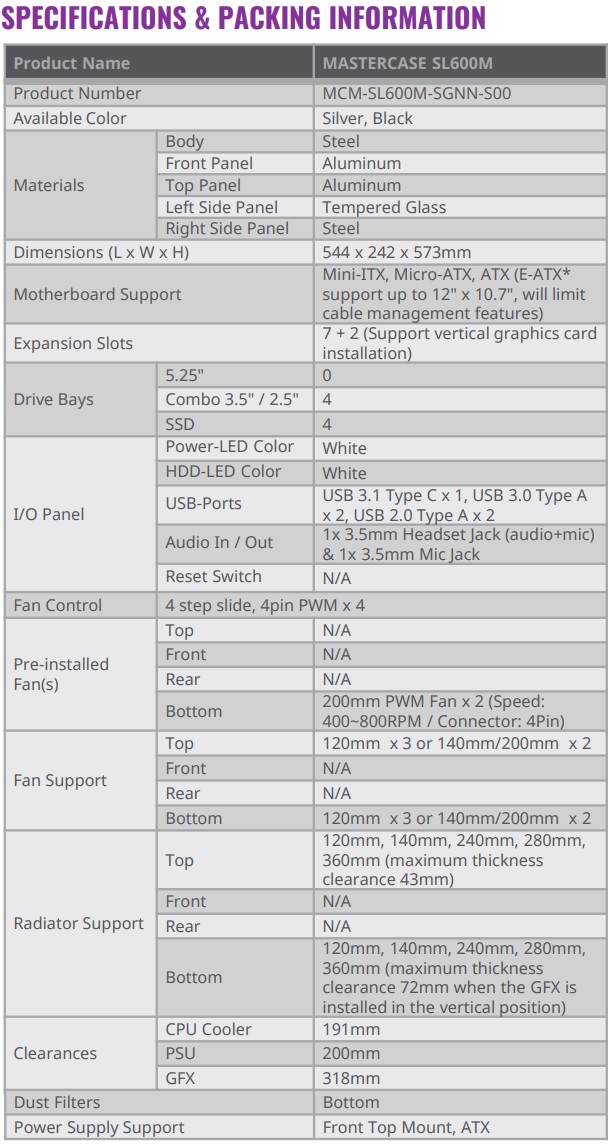 barnsley
this is the one case in the past year or so thats actually got my attention (and got me back on here). Good job Coolermaster!Quote

Bartacus
It would be interesting to see how much you could pack in that thing. Could you actually get a pair of 360 rads in there, and have room for other stuff? I like the idea of breaking away from 'traditional' layouts, and this looks interesting.Quote

Avet
Quote:
It is not like they are inventing something new. This layout exists for a long time. InWin, and Jonsbo have it for years. HexGear did it. Siverstone has it since the beginning of time. CoolerMaster marketing department is pushing it hard like it is something new, but it isn't. In recent years we had few good cases, and metric tons of bad ones, all based on the same "mainstream" design. Actually i think it is really poorly implemented. They could have done it much better.Quote

Bartacus
Quote:
Yeah agreed. My layout comment was more in reference to the PSU placement and cover. I'm not too struck on it now. Dimitri from Hardware Canucks gave it a good ripping, and pointed out a ton of flaws. Not to mention the thermals are only acceptable with the GPU set up with the PCIE extension, which DOESN'T come with the case. It's sold SEPARATELY. For a case at that price point, that sucks. With the GPU in a standard position, the whole thermal chimney goes right out the window and the temps are not good. For a company calling themselves Cooler Master, that's kinda funny.Quote

Avet
I really don't know what is happening with with case industry. If you look in each segment of the market, apart from Meshify C every single case has at least one massive flaw.Quote
Reply