Wow!  this looks promising.  The Nepton 240M is blitzing the rest of the competition with the exception of its big brother. 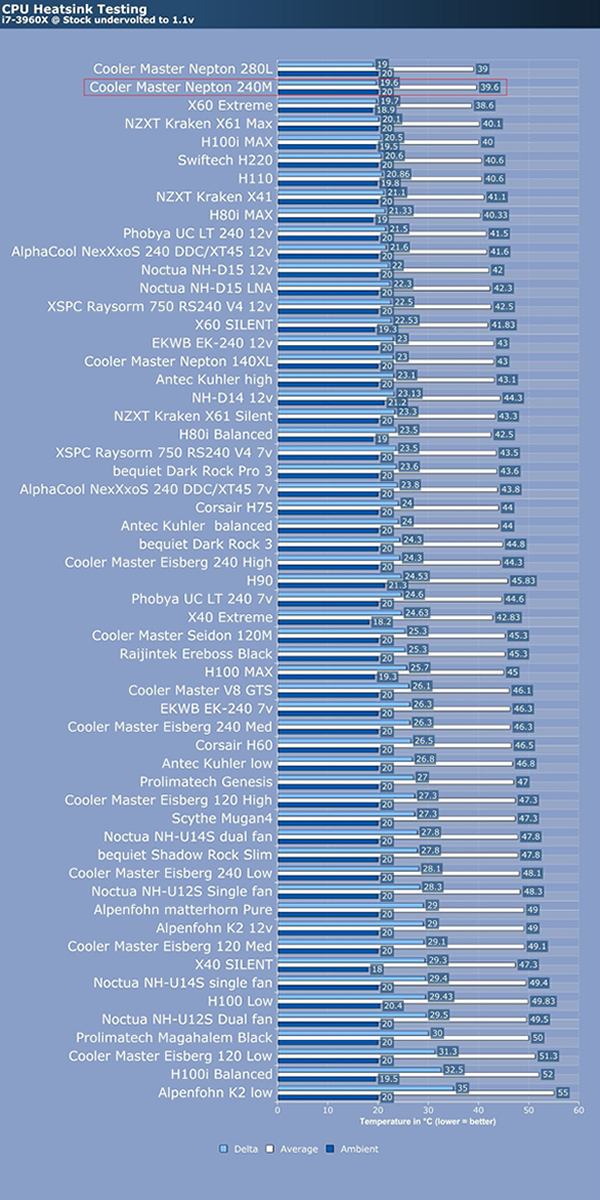 At the higher levels of heat generated by the increase in voltage required for the 4.0GHz overclock, fan performance, although still a factor becomes less critical, replaced instead by a coolers ability to conduct the heat up the heat pipes and more crucially the total surface area of the fins enabling convection to the atmosphere.  In the case of AIOs and water cooling the surface area of the radiator and the efficiency of the contact plate begin to play more of a role

Not so good a showing now that we've cranked the volts up a bit.  In fact much worse than expected.  Things are not looking good. 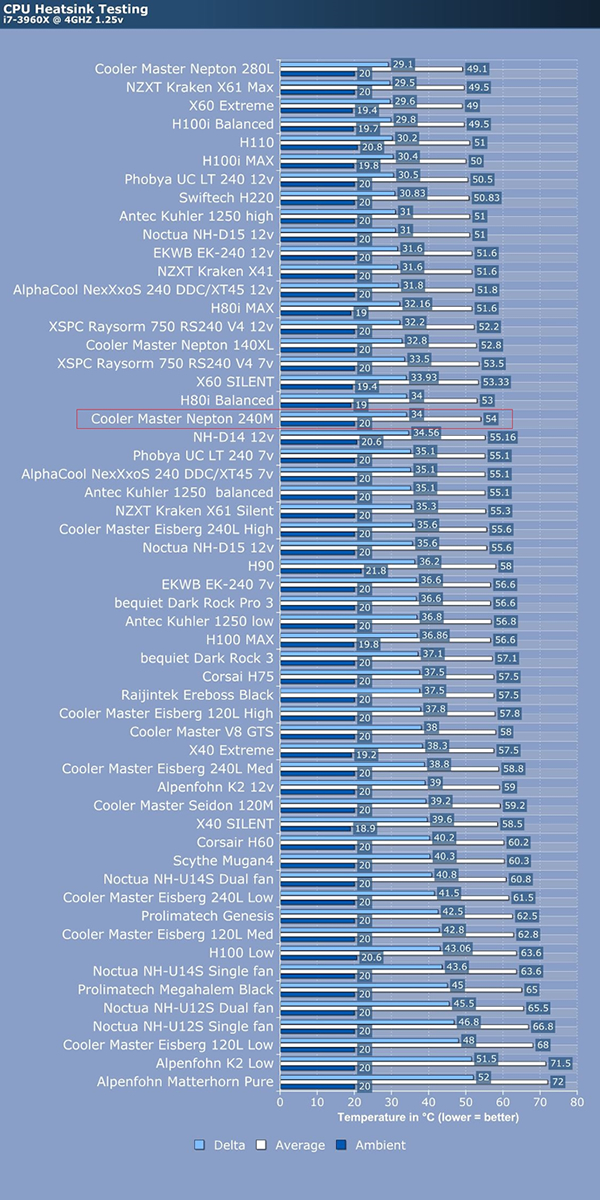 The 240M is still being outclassed by pretty much everything on the block, including  the D15 air cooler. 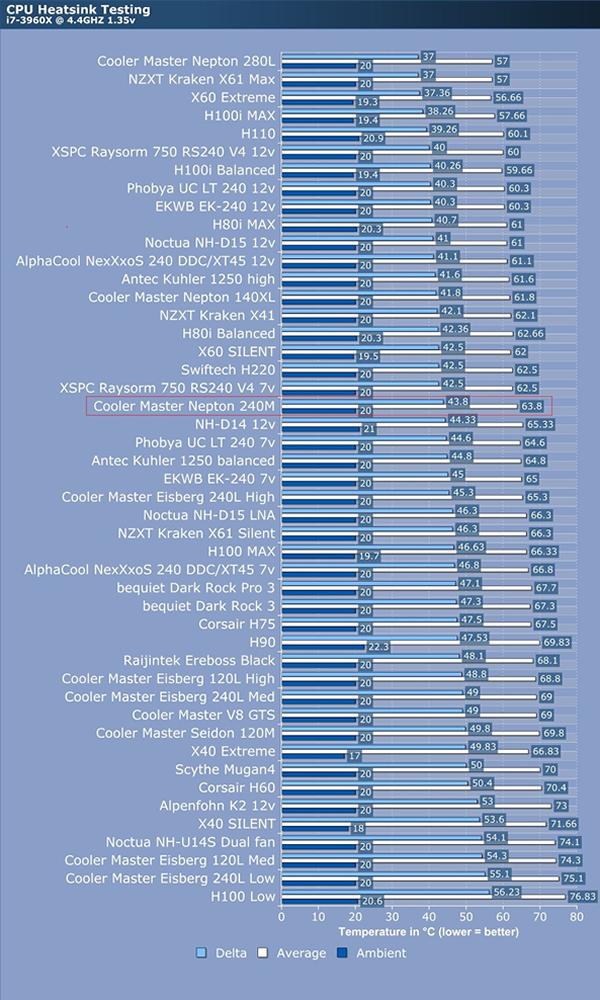 Only the most effective coolers are capable of making it into the hallowed 4.6GHz club and as you can see in the graph below there isn't a single air cooler in this graph, even the NH-D14 does not have enough cooling potential to be featured here. So all that has made this graph so far are the AIO big players and dedicated custom watercooling kits.

Oh dear oh dear, this isn't good at all.  The 240M is sitting right down at the bottom of the charts, way behind all the stuff that matters 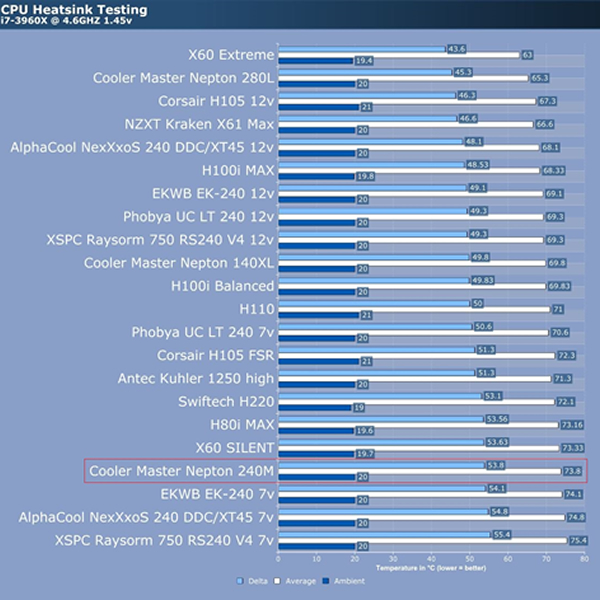 barnsley
The 280L was such a beast. Quite why this is awful really is a surprise.Quote

Wraith
Wow I didn't expect that, who am I kidding it's a CM "M" series AIO, they all suck, of cause they will later release a "V" version and temporarily redeem their honor then follow it up with another "L" this seems to be the case time and again for CM. This was painful to see especially as it gets a whooping from a Air cooler, OK it's the D15 but still a 240mm AIO being out classed by air. Poor show Cooler Master.Quote

barnsley
Quote:
Quite a few 240 AIOs are on par with the D15. Its a beast.Quote