Cooler Master's MasterBox Q500L is an enclosure that has no right being this versatile. The MATX Q300L already uses the same core design, and it was already considered a compact chassis. Now, somehow, Cooler Master has managed to fit a full ATX system into the same space, and surprisingly the case doesn't suffer from many major downsides because of it. 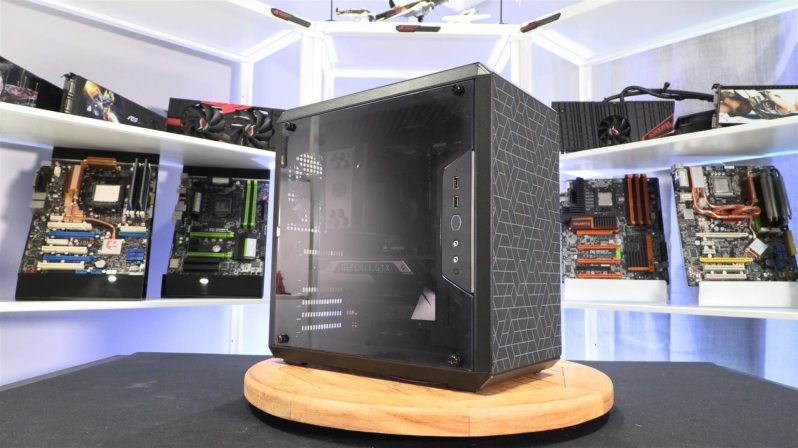 Cooler Master Designed the Q500M with modularity in mind, and looking at the case's right side panel; we can see that the enclosure's side panel retention screws are designed to act as feet, just in case the user wants to place the chassis on its side.

Users of this case also have the option to move the Q500L's windowed side panel (and I/O panel) to the other side of the enclosure, but without a full case inversion, users of the chassis will only be able to see their cable management through the acrylic window. 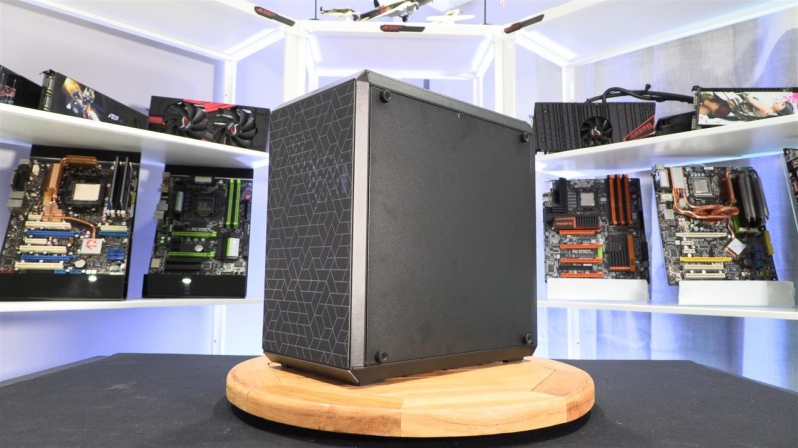 And now for the clever bits, the aspects of Cooler Master's design that are so genius that we are surprised that other manufacturers have not thought of it before.

If you looked at the Q500L and thought "those magnetic dust filters are gonna become misaligned every time I tough the case," you're in luck because Cooler Master has already thought of a solution to this issue.

In the picture below you will see two removable rubber pads, which acts as centring anchors for Cooler Master's magnetic dust filters, enabling the dust filter to be centred at all times. These pads are on the top and front of the Q500L by default and are removable, which allows users of the case to customise the Q500L to their liking with ease. 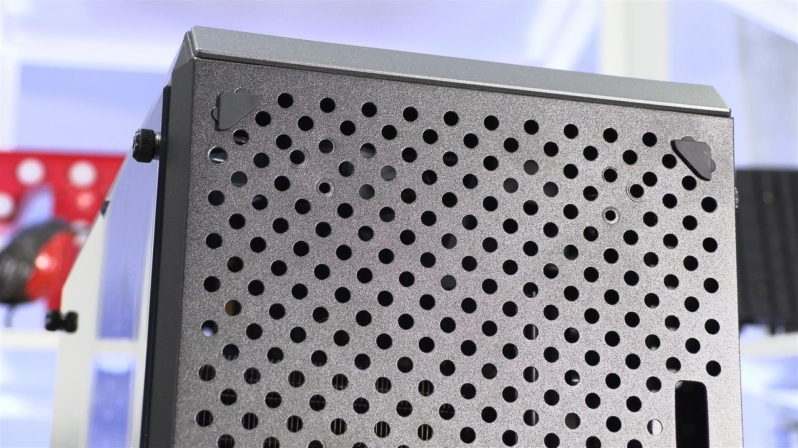 At the base of the Q500L we also found that the enclosure's feet and dust filter were also removable, a feature which enables the case to be inverted within minutes and without any tools. This is great news for users fo left-handed PC setups (where the PC sits at the left of its user) and delivers users a neat customisation option. 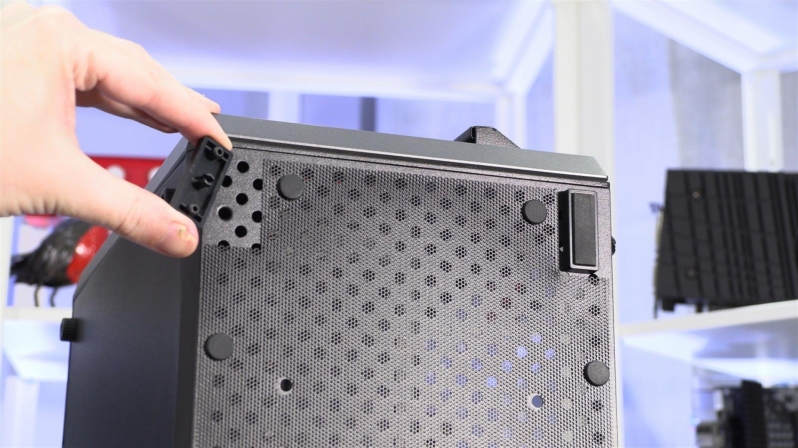 The only major sacrifice that the Q500L makes is its choice in PSU mounting location, which is at the front of the chassis, which forces Cooler Master to route power into the enclosure using a 3-pin PSU extension cable. This is what enables the Q500L to offer such a compact form factor, though the size of your power supply may limit your hardware options. That said, this limiting factor was not as troublesome as we first thought.

Fan-wise, the Q500L only ships with a single 120mm fan, which sits at the rear of the enclosure. Users of this enclosure will need to purchase additional fans or recycle fans from older PC builds, depending on their budget, situation, and cooling requirements. 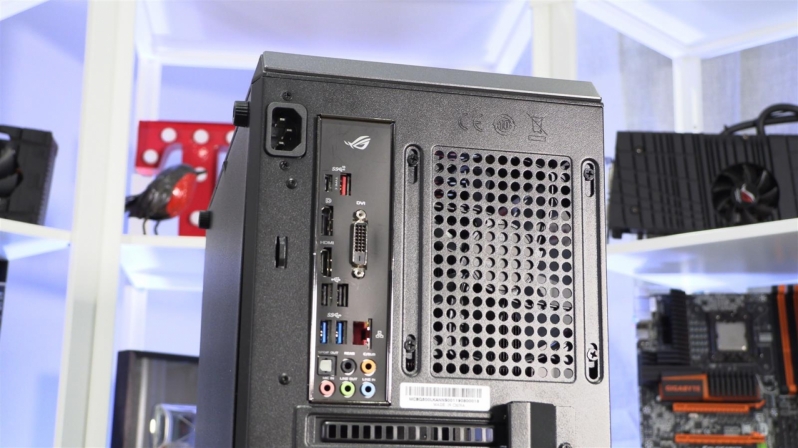 When building inside the Q500L, we found that we were not very limited in terms of space, easily fitting in a large air cooler and a GTX 980 Ti graphics card. Please note that our system's power supply does not need to sit this low, with higher mounting positions creating more space for longer graphics cards if required. Most modern graphics cards are similar in length or shorter than standard ATX motherboard widths, so we do not expect most gamers to be specially restricted by this enclosure. Even so, most users of extra long high-end graphics cards are unlikely to be using a £50 enclosure, which is another factor to consider.

Given the square nature of the Q500L, it is worth noting that the side-mounted I/O panel of the case can be oriented on any side of the windowed side panel, at the top, front, bottom or rear of the case. This will allow users to position the start/reset buttons in locations that best suit their needs, which is great news for most PC builders. 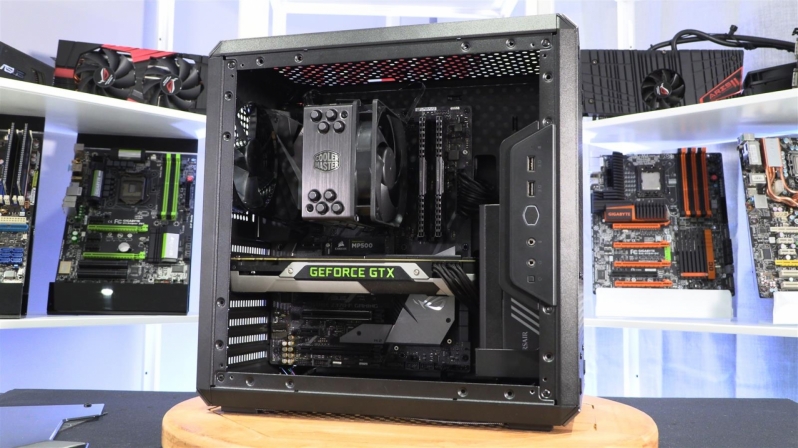 Placing your PSU at the top or bottom of the Q500L is a matter of user preference, with the image below showcasing a bottom-mounted configuration. With this setup, we can place a 120mm or 140mm fan at the front of the chassis and direct cool air at our CPU heatsink. Had we used a top-mounted PSU setup, a front mounted 120/140mm fan would have its air directed at the user's graphics card or other PCIe add-in cards. 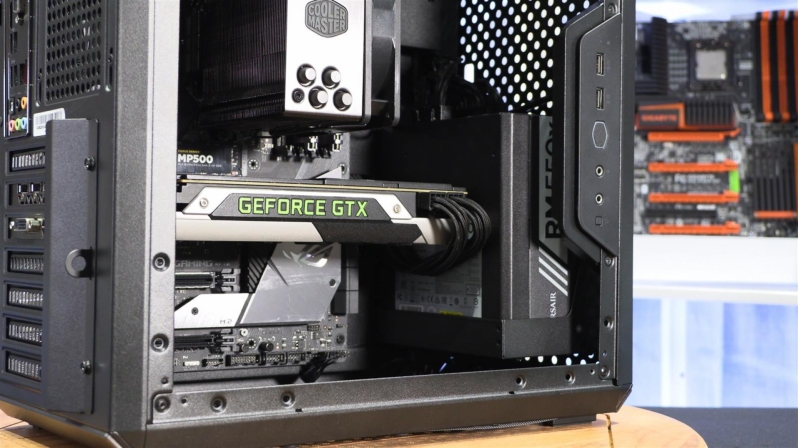 Behind the Q500L's motherboard tray, we had enough space to mount two 2.5-inch SSDs and a single 3.5-inch mechanical hard drive, though we could have mounted two 3.5-inch HDDs or four 2.5-inch SSDs if we wished. This should offer most PC builders ample room for their chosen storage configuration, especially if they plan on using M.2-based SSDs.

The Q500L has ample space for cable management, requiring little effort to get your system up an running quickly, that said, the extra effort that's needed to tie down and properly manage your cables is worth it. In this case, we opted to build our system quickly, just to see if our lack of efforts resulted in a "cable bulge" in the Q500L's side panel. Don't worry; this case had enough space behind the motherboard to avoid that particular issue. 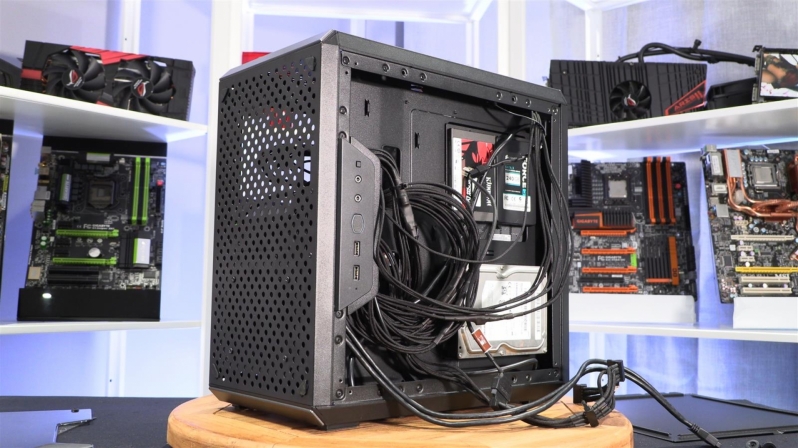