When it comes to the world of PC cases, the market is filled with designs that are often copied and pasted across a range of manufacturers, leaving plenty of room for a spark of creativity to set the entire world on fire.

With their MasterBox Q500L, Cooler Master has taken the world of case design in a bold new direction. The PC boffins over at CM HQ have been working overtime to deliver something cheap, unique and versatile, a combination that's rare in today's marketplace.

With an MSRP of £50, Cooler Master is targetting the budget-performance end of the PC spectrum, but saying that undersells what CM has achieved here. The Q500L is a LAN-friendly case, but it offers more options for customisation and modding than many cases that are several times larger or more expensive.

Over the next few pages, and in our video review, we will give you an overview of what the Q500L offers, and why it may be THE case for your next LAN-ready PC. There are downsides to this enclosure, that's true, but the same can be said for any £50 enclosure. 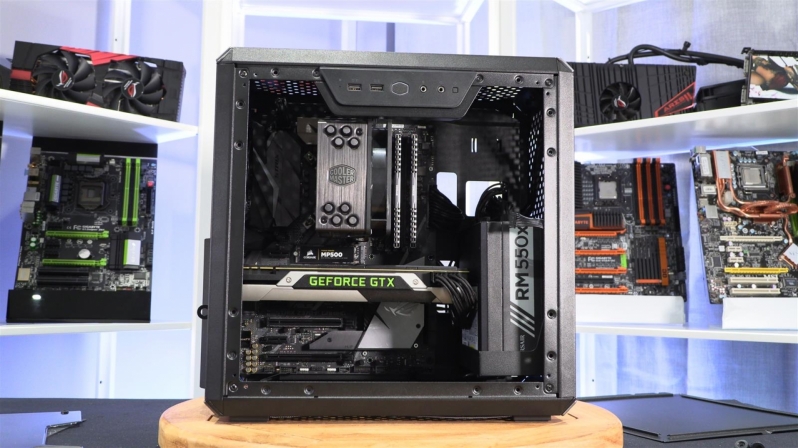 Cooler Master's MasterBox Q500L is a compact PC enclosure, but even with its 386 x 230 x 381mm frame, the case is able to support a full ATX system. Depending on the size of your specific motherboard, even some EATX motherboards are supported, which allows for some extremely compact, yet powerful systems.

At the top of the Q500L, dual 120/140mm fans are supported, with the rear supporting one 120mm fan and the front supporting one 120mm/140mm fan depending on how the case is configured. At the base of the Q500L, a dual 120mm fan configuration is also supported. At the top and bottom of the enclosure, 240mm radiators are supported, assuming these radiators are not blocked by motherboard components, extra tall DRAM or other components.

Behind the motherboard tray, there is also space for two combo 3.5/2.5-inch drive bays, with each bay supporting either one 3.5-inch drive or two 2.5-inch drives. This should be enough for most modern systems, especially if combined on-motherboard with M.2 storage. 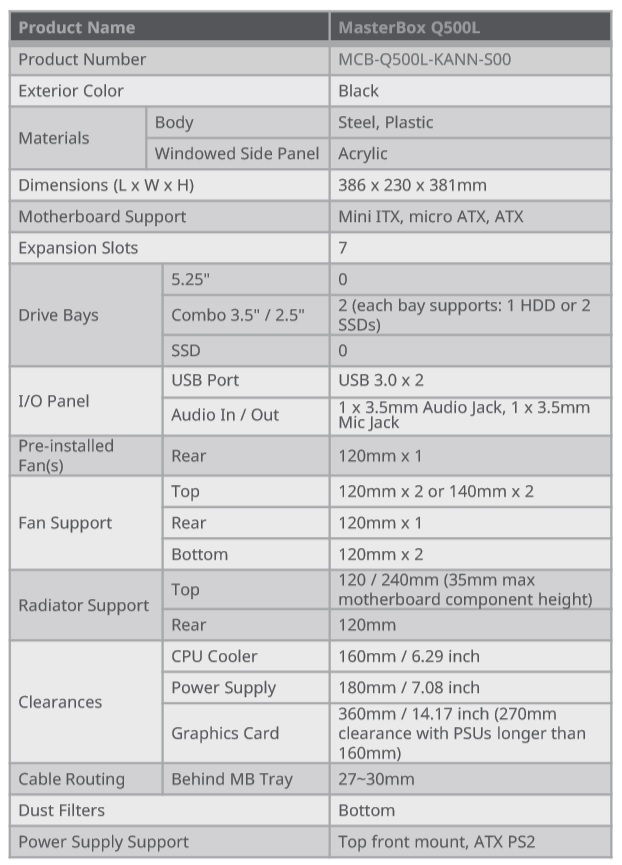 As part of their review guide, Cooler Master showcased a Threadripper-based PC inside their MasterBox Q500L, which uses the company's colossal Wraith Ripper cooler, an EATX ASUS X399-E motherboard and contains two ASUS ROG Strix series graphics cards. This feat is astounding given the MasterBox Q500L's form factor and the sheer size of the components inside. 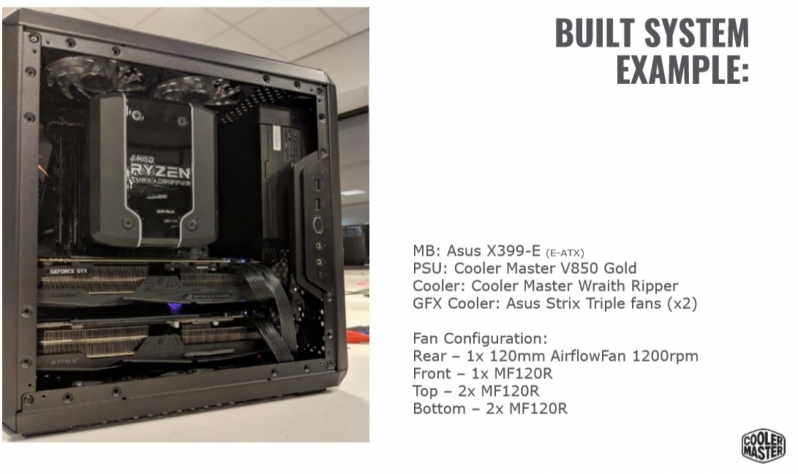