Packaging and Appearance - TX3
The second cooler we'll be looking at today is another solution from Cooler Master's Hyper range, this time dubbed the TX3. To start with, the packaging differers quite significantly form the 212's. The TX3 comes in a plastic blister pack, which has two compartments. One for the cooler and fan, and another just below it for the accessories. I wasn't overly impressed with this packaging, down to the fact there was no real protection. If you were to pick up one of these off a shop shelf you'd be fine and dandy, but if you order one online then it's got a good few miles at least to travel in a lorry/van with people who don't hold much regard for the packages contents. It could easily get crushed under the weight of a more substantial item unless wrapped very well. 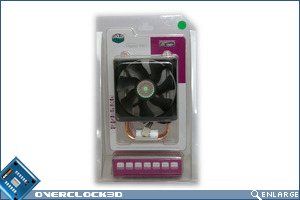 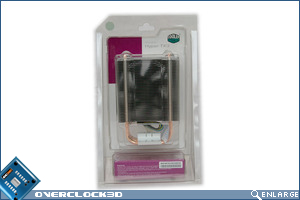 After opening up the blister and removing the TX3 we take a good look at the cooler. At first glace you'd be forgive for saying 'you've just copy and pasted the pictures from the last page!' As yes, the TX3 is very, very similar to the 212. But you will notice that its a slightly different shape. This is down to the TX3 using a 92mm fan instead of the 120mm used by the 212. 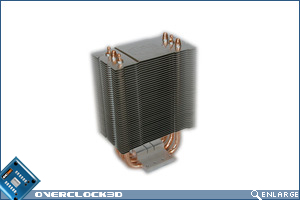 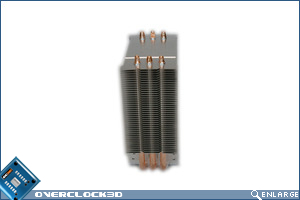 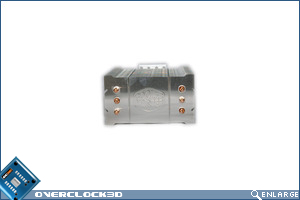 The next rather subtle difference is the base. The mounting system is different on the TX3, as you will see further on down the page with the accessories. You can see here that the TX3 uses the H.D.T. technology just like it's larger sibling. However there are only three pipes running though the base of this one. The Cooler Master logo has once again been stamped into each fin and is prominent at the top of the TX3. 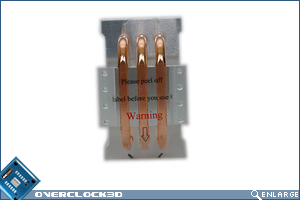 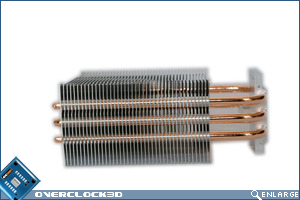 The accessories supplies are, once again, just all you need to get it up and running. The mounting method is a bit simpler than the one we saw on the previous page. Simple screwing in the appropriate kit and mounting it either on the OEM bracket with AMD's socket AM2/3 or using Intel's push pin method for their sockets. Another interesting point arises here. With the 212 it claimed support for both LGA1366 and the un-released LGA1156, but the TX3 only supports the latter. Perhaps down to cooling capacity of the heatsink? We will have to find out in testing. The fan, like the cooler, looks just like smaller version of the one we saw on the previous page. This one however is rated at 2800RPM moving 54.8CFM at 35bBA at full running. 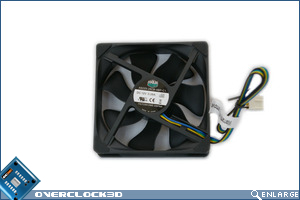 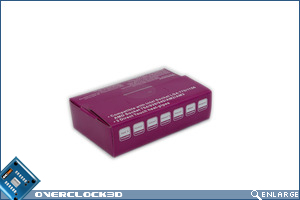