Packaging and Appearance - 212 Plus

Packaging and Appearance - 212 Plus
So to start with we're going to take a look over the Hyper 212 Plus. It's comes in a cardboard box decorated with Cooler Master's white and purple theme, much like that of the N520 reviewed a while back. The box displaying similar information and graphics designed to allure you into buying it. There was one little thing that caught my eye on the outside of this box however. That was the little box informing up that the cooler supports not only Intel's LGA1366, but also boasts support for the yet to be released LGA1156. The socket that I7's little brother, I5, is going to reside in. 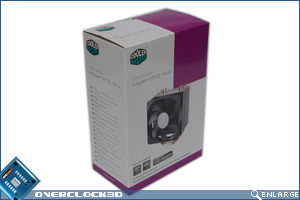 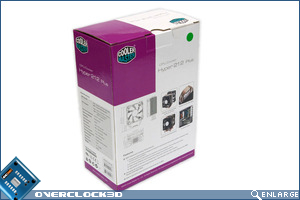 Breaking open the box we find the cooler itself encased in a plastic insert to keep it from rattling about in transit. I was quite happy that the packaging was good enough to keep the cooler safe on it's journey. There was a separate compartment for the accessories to stop them damaging the fins. Then there was a layer of foam between the supplied fan and the cooler to stop that wrecking the delicate aluminium. 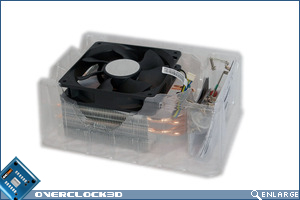 The 212 itself is another cooler that looks like so many others on the market today. It's almost a tradition to use the U shaped heat pipes running though the base and up into aluminium fins. Never the less theres nothing wrong with this approach as it both looks good and performs, as we've seen from previous reviews. It's a rather thin cooler, measuring only 51mm without the fan. This can throw some doubt on performance, but we'll see how it fairs in that department on the next page. 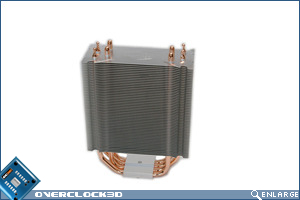 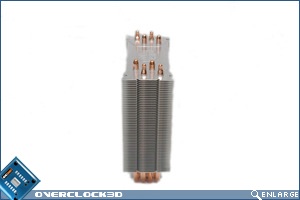 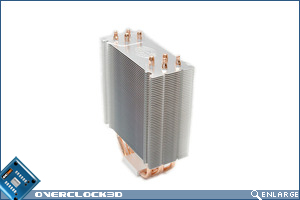 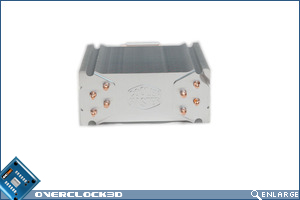 The last picture here shows Cooler Master have stamped their logo on each of the fins all the way up to the top so that once installed in a case the world will know your using one of their products. The ones below showing up the base where the three heat pipes mould in with the mounting bracket. You can plainly see that the 212 uses the H.D.T (Heat pipe Direct Touch) technology that is another idea that's proven popular with heat sink manufacturers today. Lastly we see the top of the base. The hole for the mounting bracket we in the dead centre, set into a ridge, presumably because if it were flat said hole would have ended up in a heat pipe. 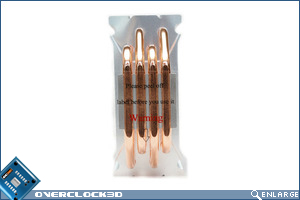 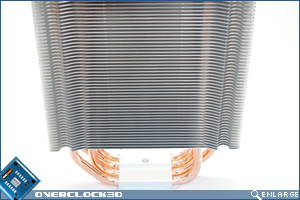 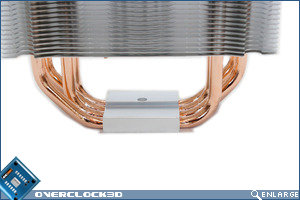 The supplied fan is a standard 120mm affair. It's got a reasonable set of specifications on paper, spinning at 2000RPM being rated for 69.69CFM @ 19dBA. The accessories aren't much more than the mounting hardware, some thermal paste and the instructions, but what more do you need with a heat sink? The instructions are detailed enough to explain the installation onto any socket competently, but aren't quite as impressive as the manual that came with the N520. The fan is held on via the wire brackets you can see in the pictures. 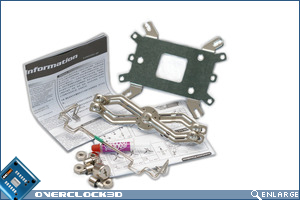 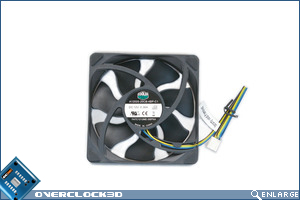