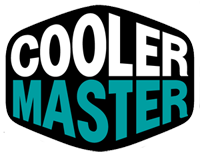 A few weeks ago here at OC3D towers I evaluated a Heat sink and fan combination from one of the most renowned manufactures in the current market, the Cooler master Hyper N520. Today they have sent us two more, very similar, products from their Hyper range to put under the spotlight. These being dubbed the Hyper TX3 and the Hyper 212 Plus. These are both new revisions of previous Cooler Master products that have been revamped and updated to combat the heat of modern CPUs.
The TX3, to start, boasts some admirable features. Weighting in at 470g and 90x51x139 mm it's quite a small heat sink compared to a lot of the heat pipe brandishing monsters you can find today. It accepts a quite unconventional sized 92mm fan (most sinks today using 120mm's) and fits a verity of sockets including the yet to be released LGA1156.
Moving on to the 212 Plus we see it's pretty much the bigger brother of the TX3, weighing in at 626g and around 120x80x160mm its a fair bit bigger. It accepts the more normal 120mm size fan and also posses an extra heatpipe over the TX3.
Extracted from CM's own international site, here are the specs for each cooler
The 212 Plus specs tell us its ready for all the same sockets as the TX3, besides Intels LGA1366 i7 socket. This casts a little worry over whether the TX3 has the capacity to deal with the higher temperatures produced by the current CPU king. However if there's no mounting hardware for i7 will it really matter? Aside from the extra socket and size of the 212+, the specs lists are quit similar. Both using copper heat pipes with aluminium fins, both using HDT bases, both using PWM controlled fans and both having the mounting option for two fans.
So casting the paper specs to the side, lets dive in and look at the products themselves...
«Prev 1 2 3 4 5 6 Next»