Is Cooler Master is back on form!

With the release of their Cosmos C700P we welcomed Cooler Master back into the world of premier case designs, offering a chassis that was not without problems but was more than versatile enough to work around and customisable enough to make most conceivable case mods into stock options thanks to Cooler Master's upgrade/accessories kits.

Alongside their Cosmos C700P, Cooler Master announced a second case that would act as a modernised classic, bringing Cooler Master's HAF (High Air Flow) series into the modern era with modern styling and features while offering the uncompromised sir flow that made the original series famous.

This is a true test for Cooler Master, their chance to prove that their C700P isn't a one-hit wonder and that the company can create top-tier case designs while maintaining an affordable price point. Is the H500P worth its £134.99 pricepoint? 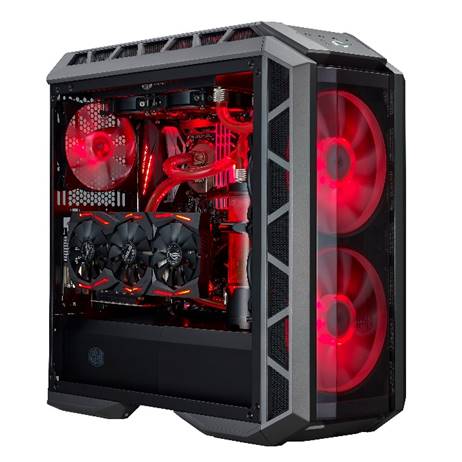 Cooler Master's H500P is designed to suit almost any modern system configuration, offering support for up to EATX (up to 12"x10.7") motherboards and plenty of large water cooling radiators.

At stock, this case supports up to two 3.5/2.5-inch drives as well as two additional 2.5-inch drives, which should be more than enough for most modern systems, though the chassis does support up to two optional 5.25-inch drives if needed (not recommended).

The left side panel on this chassis is made from tempered glass, with the right side panel being made from steel. The front and top of this chassis also come with tinted window sections, though these are made from plastic. That being said the front and side windows do match each other, so this factor is almost unnoticeable when looking at the chassis.

One of the other draws of this chassis is that supports a vertical GPU mount in its stock configuration, without making any of your motherboard's other PCIe slots unusable, which is great for those that want to show off their GPU but also wants to use other add-in cards. 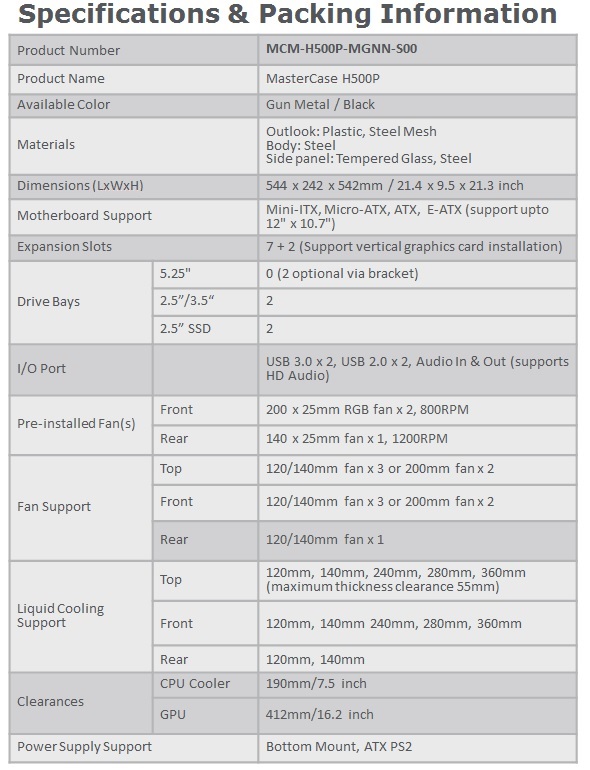 S_I_N
Stayed up til 2 am waiting on ur review lol finally had to go to bed. Now itll be later today before I get time. Been waiting on this caseQuote

tinytomlogan
Quote:
There was an NDA - I had to wait till 1PM UK time to publishQuote

S_I_N
wasnt sure when it was your time I know kitguru popped it way early but then took it down from youtube but left it on another site. but just freed up sometime to watch it now

Excalabur50
Just watched the review and so much want on this case and another top review Tom, and you could see the poor girl copped a hammering as the top radiator mounts were all bent out of shape.Quote

S_I_N
yeah next build going in this one. Great review but a question. on the back of the mobo tray there's 2 screw points, are those meant for a secondary spot to mount those ssd caddies??Quote
Reply