The Cooler Master Cosmos Infinity 30th Anniversary package - hereafter known as the Cosmos - is a rare one for OC3D Towers. Not merely because it has been released in a limited number - 999 worldwide - but because of what it represents and therefore the approach we've taken with it.

Regular readers will know that we normally build our cases with a particular set of test components and run the gamut of temperature tests. However, the Cosmos is one of the most famous cases around and has been released in a whole array of versions, from the original silver and black edition, through an all black edition, until we have today's model which leans heavily upon the 30th Anniversary of Cooler Master products. The fact it has been released in such limited quantities, and comes with a host of unique features, also means that the pricing is suitably high. So it's something about which you should already be aware, extremely hard to get hold of, and eye-wateringly expensive if you do.

You will already know if you desired one, and had to already be on the list to be fortunate enough to snaffle one. Therefore we're not sure that a regular review serves much purpose. It's insanely desireable but unless you want such a limited edition case you'll just look at the price and walk away. Therefore we're going to take the same approach Cooler Master themselves have, and treat this as an ode to one of the best cases on the market. A name, Cosmos, that is a legend in the industry. The C700 version is doubtless nearly everything you can want to find, with tempered glass, hinged side panels, plenty of airflow, PSU cover to hide all your cables, and oodles of fan mounting points.

This 30th Anniversary edition also comes with a custom AIO and PSU to really add some extra bling, and various 30th Anniversary elements to reinforce the concept that this is very special indeed. Therefore we've grabbed some extremely high-end hardware - Core i9-13900K and ASUS Strix RTX 4090 - to see what a money-no-object build can be. But first, naturally, we need to see it in the flesh.

We've got plenty of photos for you on the next page, so for now just cast your eyes over what is, in general terms, similar to the already famous Cosmos case. 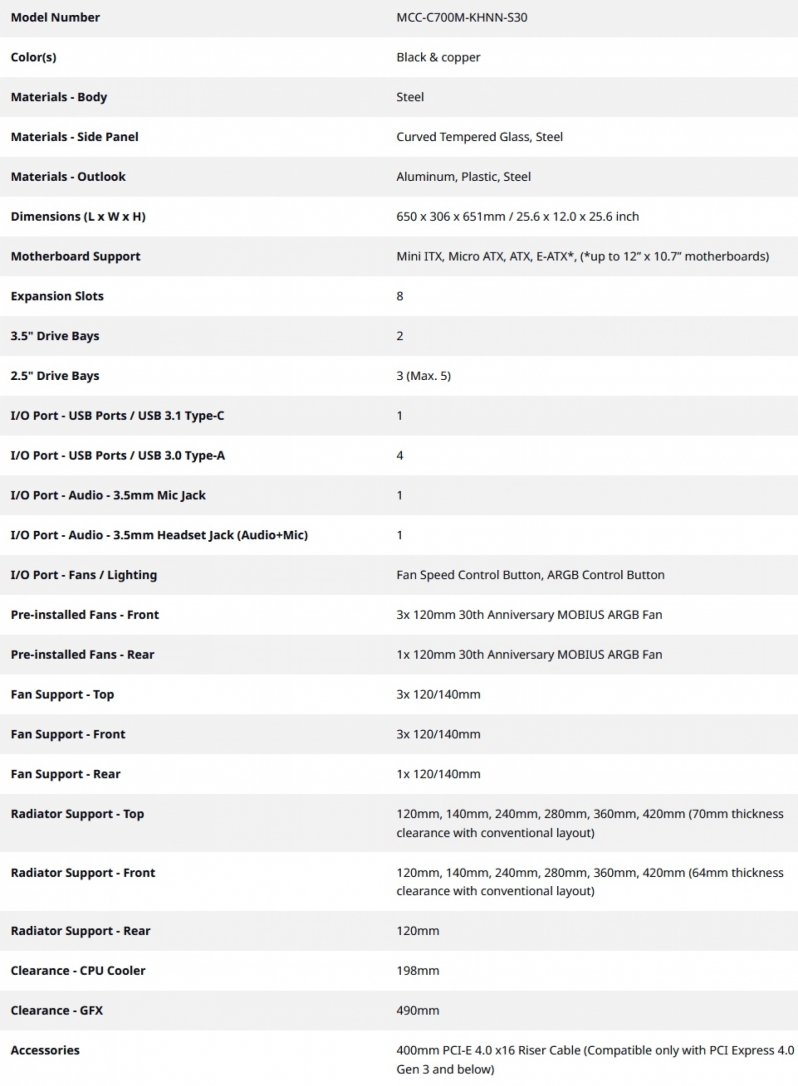 Calls it infinity, but its a limited edition with only XX made. Very infinite.Quote
Reply