Modularity and upgrades over the C700P

Unlike most PC cases, the Cooler Master C700M can be almost completely disassembled, allowing buyers to re-orient the chassis as they see fit. Want to invert the case for a "left-handed case design, mount your motherboard at a right angle or perhaps upside-down? The C700M gives you the option to do just that, much like the C700P.

Unlike the C700P, right-angled/chimney configurations are catered for with the C700P out of the box, with Cooler Master supplying their premium case with a rear panel for such arrangements. As we said before, the C700M is in some ways the C700P "all the bells and whistles edition."

On the topic of the "C700P comparison", we can clearly see where the extra money has gone here, with premium brackets up the wazoo, the addition of ARGB (Addressable RGB) and the inclusion of a vertical/angle GPU mounting kit and PCIe Riser card acting as great reasons to consider the C700M.

The only problem here is that these options come at a cost, with the C700M coming in at £414.99 in the UK, which is significantly more than the already costly C700P.

Another noteworthy change is that Cooler Master has decided to use a lighter tint on the C700M's tempered glass side panel, which will make it easier to look inside the case at components that are nor RGB illuminated. 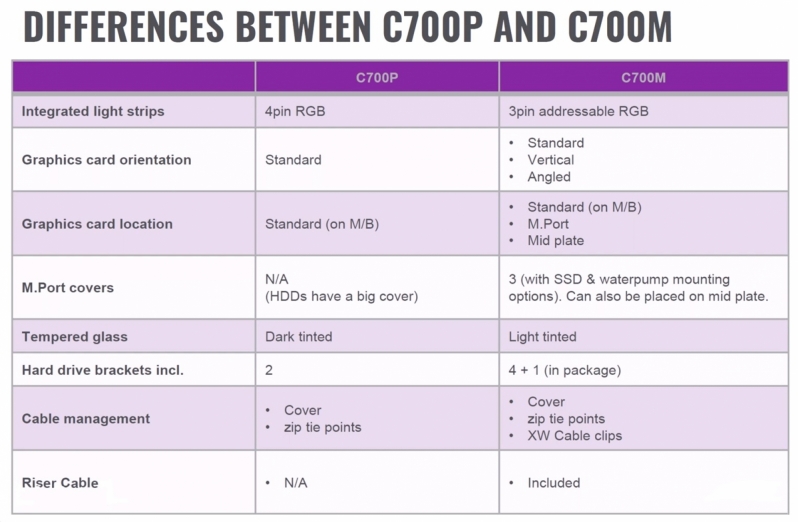 On the GPU-front, one of the C700M's key features is the inclusion of a Vertical/angled graphics card bracket, which supports configurations that range from 0-90 degrees, enabling a wide range of appealing mounting options.

Want to angle your graphics card just right to catch the light of a nearby LED strip, or perhaps better angle your graphics card for easy cable management or water cooling hose routing? Cooler Master's angled GPU mount opens up a new world of options, especially if your custom mount it to seemingly unsupported areas of the chassis (see our review video). 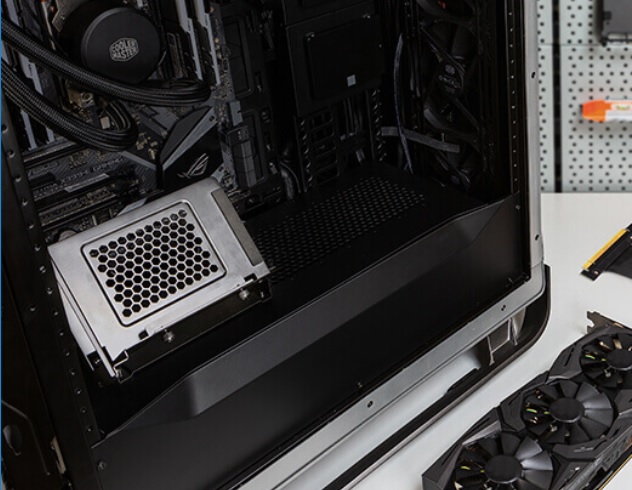 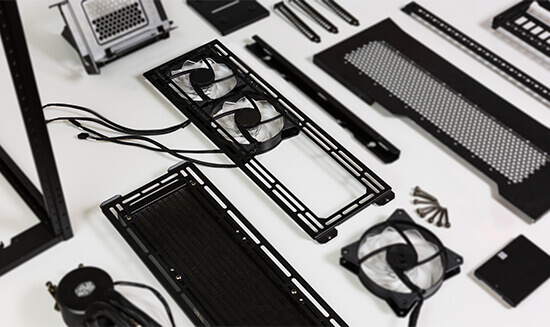 Wraith
Damn! am I the only one who see's the potential of this chassis, so much wanty wantness!Quote

Greenback
Quote:
No you're not, if I was still into water and big cases I'd seriously consider this but these days I'm more into smaller more manageable casesQuote

Warchild
Quote:
I have the C700P. Was disappointing tbh.Quote

Bartacus
I wonder if you could fit two big rads at once, or will the end tanks bump heads, like they seem to do in EVERY case that offers a top and front rad mount.Quote
Reply