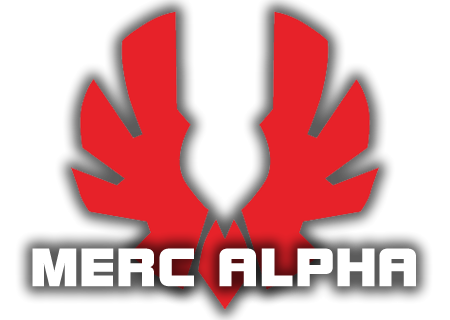 BitFenix feel like they have been around forever, but who would have thought it was just a year ago that we got our hands on the first case to come from them, the Colossus. Since then they have brought out a whole range of cases and most recently announced their first budget case, the Merc. Some times budget cases can be a cut too far so its with bated breath we review to see if BitFenix have managed to find the sweet spot of cost cutting and price to build an awesome value for money chassis.

So the Merc then, when I first saw it was going to be available from around £35 I have to admit I was worried this was going to be a properly basic case. Surprisingly though we have reviewed cases costing £40 - £50 that were not as good as this. It has the option for dual 120mm intake fans and dual roof fans (not supplied) very good cable management options even if they don't have grommets, room for 7 hard drives and can easily fit the longest graphics cards and tower coolers.

Sure for £35 they had to cut some corners so 5 of the PCI brackets are not reusable once removed, the doors do feel a little flimsy, there's no intake fans or dust filtering anywhere in the case and no sign of USB3 support either. But come on its a £35 case! You will have to go careful with GPU placement near any hard drives, if you have long GPU(s) then you wont be able to have a hard drive anywhere near it. This will only be a problem with multi GPU set ups but you can easily fit 2 HDD's before you even get anywhere near the motherboard though, above that with long GPU's might take a bit of planning.

This would make a brilliant base for a cheap home server, or a budget gaming system as it even managed to cope with the torrents of heat thrown at it by our test set up fine. Could also be perfect for those of you that like to rugby pass your cases into the boot of your car after a LAN event yet still want to pack it full of all the latest and greatest hardware.

So did BitFenix find the perfect mix of cost cutting and features for the Merc? We happen to think they have hit the budget chassis nail on the head and thoroughly deserve the OC3D Value for money award.

Thanks to BitFenix for the Merc on review today, you can discuss this review and many other topics in the OC3D Forums.

Solidarity
Seems like a good case. Personally i see myself getting something like this, because it doesn't look like it could have top of the range components inside. Not saying it's ugly. Personally i like itQuote

Peirce_VonGothton
Looks like great lil case for all the spare bits for a 24/7 FAH rig.Quote

silenthill
[/size][size="3"]Now that's a awesome case from BitFenix for around 30 £ were you could build a high-end system and spend the money saved from the budget case for a fast SSD and the most interesting part is that everything fits fine even the HD6990 just add one 120'' fan in the front and another one on top and you will solve the airflow issue (you can get the 120mm BitFenix Spectre) color coded for around 5£, if only BitFenix did this case in different colors that would be fabulous and I think Tom should have given this case a gold award because I don't think anything on the market for this price can match this case.

yassarikhan786
Excellent review as always TTL. The price is astounding considering the features on this little case.Quote

sheroo
I watched right to the end.