Up Close: The Controller 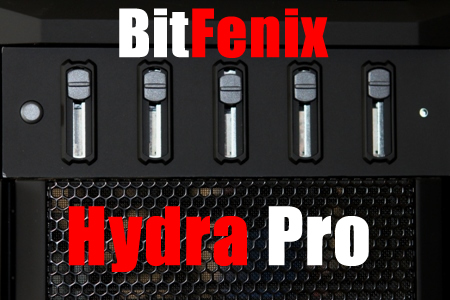 Up Close:  The Controller

There's not really a lot to tell about the face of the Hydra Pro.  Suffice to say it is coated in the same soft touch rubber as BitFenix coat their cases in.  This in itself adds a feeling of class and quality.  A simple array of 5 sliders enable the user to control the speed of the connected fans.  I hasten not to say "5 fans" as although there are 5 channels each of these channels is rated at 30W.  this means of course that the Hydra Pro has the necessary Oomph to provide power to a whole string of fans on each channel.  For that matter, 30W is plenty enough to provide control for a great many watercooling pumps, essentially enabling you to vary the speed of your pump should you wish to go for performance or silence.  Don't go thinking though that the Hydra Pro is a simple fan controller.  It does have another trick up its sleeve.  Those that own Spectre fans will know that they have an additional connection them.  This connection is compatible with the Hydra Pro, enabling it to offer control over the Spectre and Spectre Pro LEDs.  So it's a fan controller and a fan LED controller. 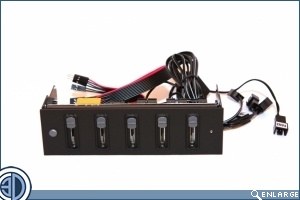 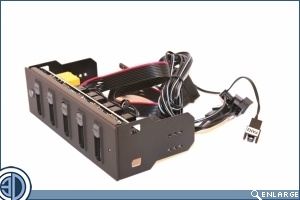 Round the back we can see that as usual BitFenix have plumped for quality componentry.  The PCB is clean and uncluttered and the quality of the soldering is good.  Connectivity wise we do of course have 5x3 pin headers and associated headers for the Spectre LED connections.  A 4 pin Molex with a piggy back enables connection to the PSU without robbing you of a valuable power outlet.  All of the included cables are of ample length and certainly long enough to make it form one sideof our Storm Trooper test case to the other. 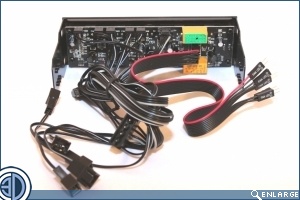 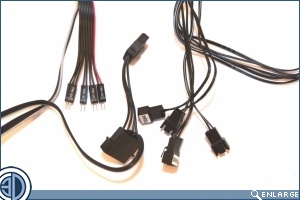 As you might expect, in use the controller is simplicity itself.  With just 5 sliders and a button to control the LEDs it could hardly be anything else but.  The sliders move easily and although there's no visual display to tell you by how much the speed has increased or decreased it appears to be roughly a 50% alteration in speed between maximum and minimum.  The Hydra Pro is seen here installed into the front of the Storm Trooper, with the Bitfenix soft touch rubber being a perfect match in touch and appearance for that of the Cooler Master case. 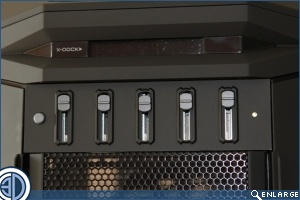 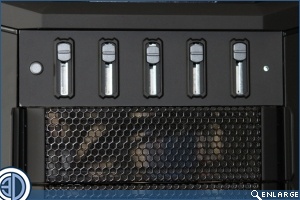 Pholostan
I have one of those. Cheap, simple and sturdy enough. I've used it for a moth or so. No problems, works as advertised.Quote

ruairi.C
^So how did it work with the moths? :P jkQuote

Pholostan
Oh hilarious. And there is no way to edit? Oh well.Quote

Master&Puppet
Looks good to me - I was in the market for a fan controller with at least 4x 20w channels. I ended up getting the Lamptron touch which I really like but it is nice to have more alternatives and this looks good at a much lower price.Quote
Reply