be quiet Pure Base 500 Review

Thermal performance is an essential factor for any PC case. Your system may look fantastic and seem silent from the outside, but all of that is for nothing if your PC has the internal temperature of an oven. Your PC case needs enough airflow for your components to remain cool under load and to prevent any form of thermal throttling.

When testing PC cases, we like to provide our readers with a variety of results. Not everyone runs their fans at their maximum RPMs, and not everyone uses fan speed profiles to limit their noise levels and airflow. So to cover all bases, we test cases with three fan profiles, a 600RPM profile, a 1000 RPM profile and a "Max" speed profile. We also sort the graphs in both CPU and GPU priority so you can easily compare other cases and the performance that is most important to your desired system build.

The 'CPU' Test is run using OCCT in linpack mode and a maximum temperature recorded over a 30minute run.

The 'GPU' test is run using Unigine Valley in 4k with 8x AA and a maximum temperature is again recorded over a 30minute run.

Using the test method above and these fan speed is an incredibly extreme test and something very few home users would ever replicate. Lets remember the CPU and the GPU would have been running at 100% for 30 minutes in their respective torture tests. This test is purely there to test a cases airflow capabilities and see how good the fans fitted can move air at an incredibly low turning speed.

The Pure Base 500 excelled in this test, much more than we ever thought possible. If we are perfectly honest with that front panel design and a single intake fan we expected this to be an oven. We wouldnt be more wrong and we feel that this is in most part down to the 140mm Silent Wing Fan in the front of the chassis. Not only has this worked at 600rpm keeping both the CPU and GPU at a competitive temperature but its done it in near silence with a restrictive front case design.

This has performed so well anyone that does end up buying this case we would actually say the only upgrade that MIGHT be worth doing would be adding in another matching intake fan and then set them both up to run at low RPM's. Epic. 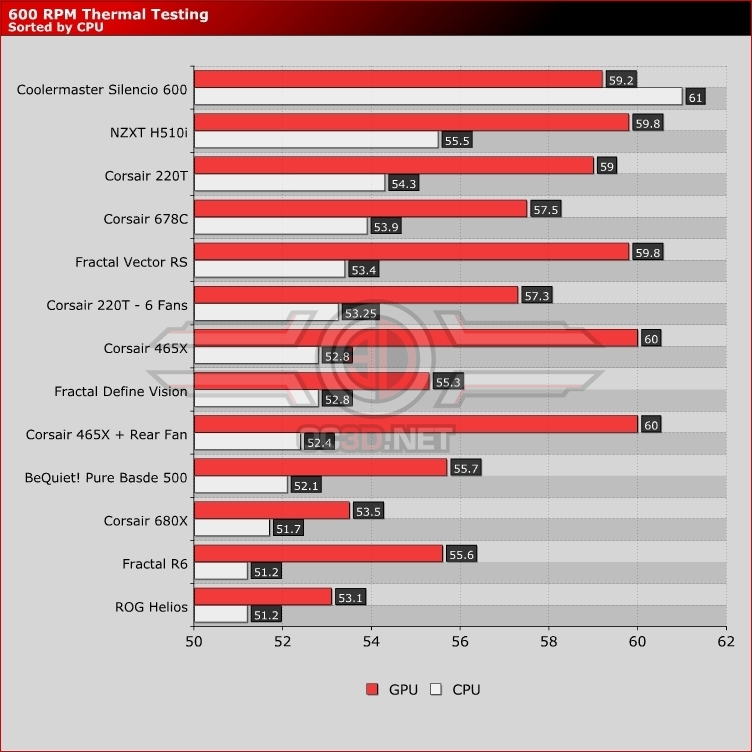 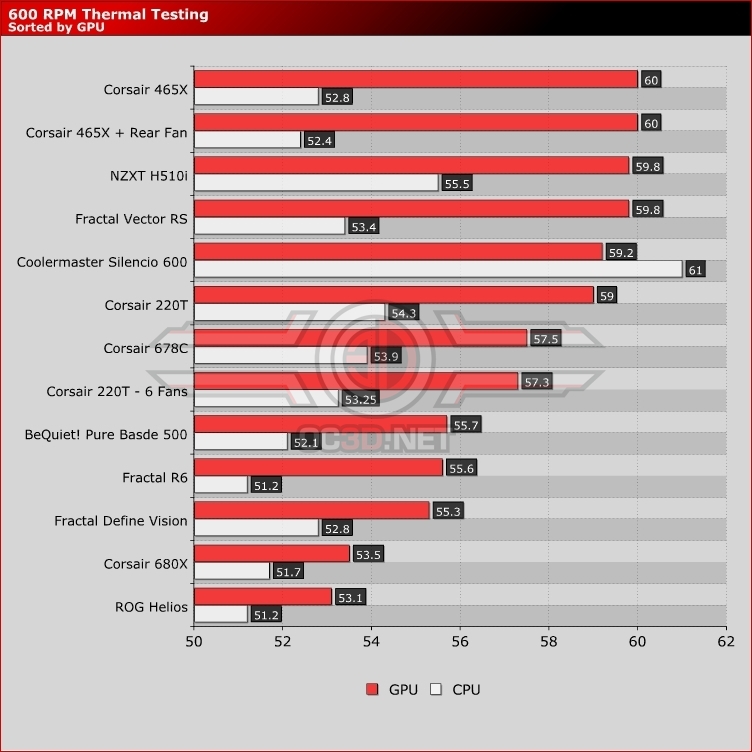 1000RPM is normally our second fan test but with the PB 500's Silent Wing fans maximum RPM also being 1k the results are used in the maximum graphs too. The case performed really well with other cases at matched fan speeds but amazingly they were not left red faced when being compared with other cases running far higher RPM's. The front airflow design of the PB 500 isnt the most free flowing design we have ever seen but it really does highlight quite how good those fans must be to get this case with just two fans performing like this.... 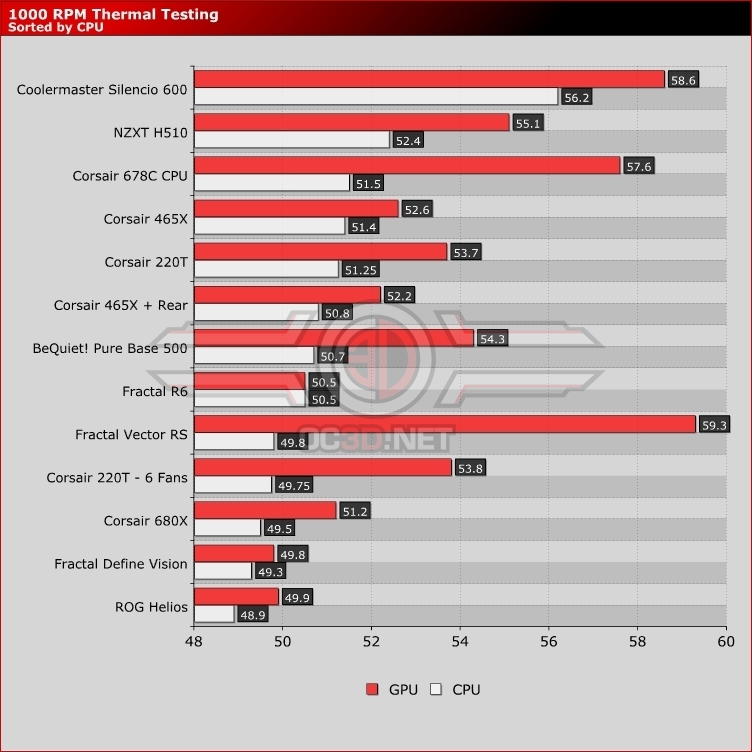 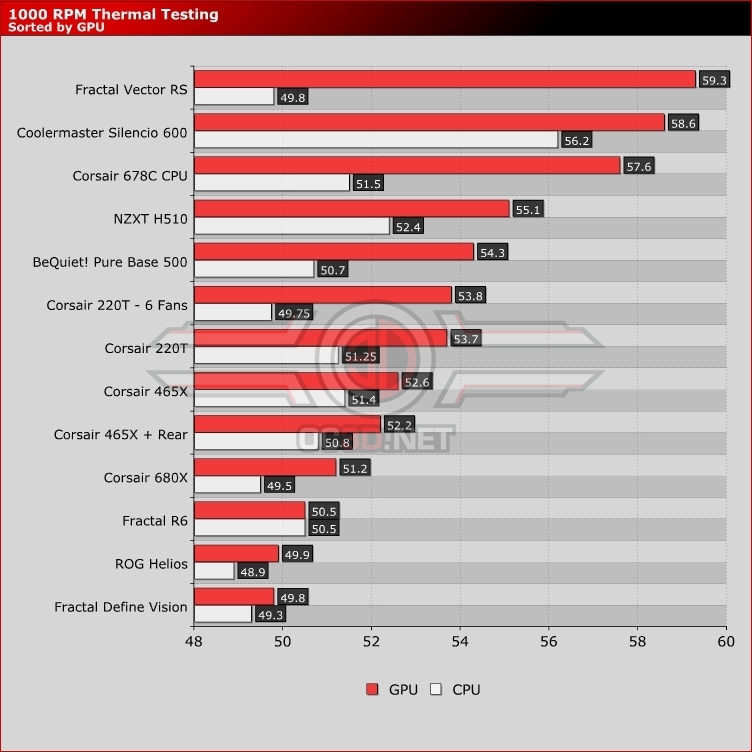 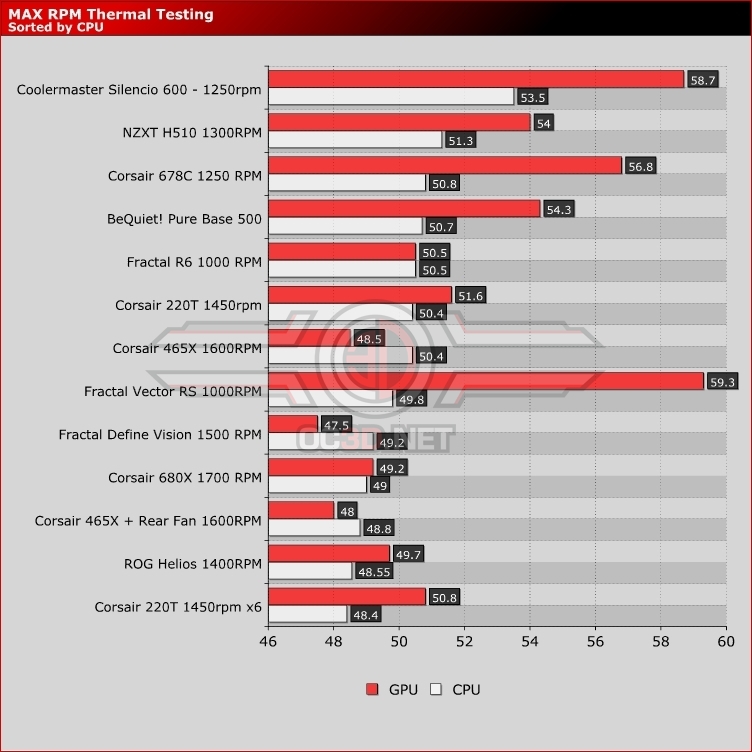 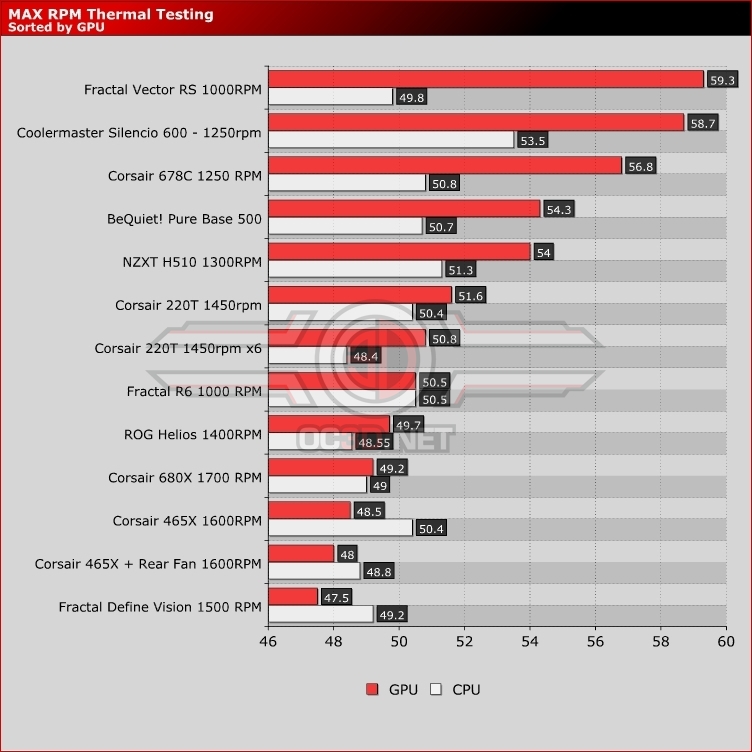 Greenback
That's a really nice case and coming with 2 covers for the top is a nice touch, why they make any colour besides white seems pointless though

demonking
Always nice to see a case that is function over fashion. I'd say that they need to do something at this price point to stand out. For the same money you can have a cooler master, master box 500 or a selection of corsair and NZXT cases that have bigger feature sets, better pricing or nicer looks. An extra fan or a fan hub would have been enough to justify the price but at this price I would most certainly look at other options, nothing on the case itself I think they need to knock a few quid off.Quote
Reply