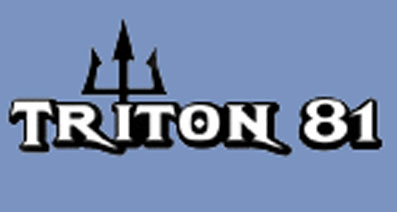 Intel's latest Core i7 brings with it a transition in socket format from skt775 to the bigger skt1366. This new socket format will require as a bare minimum a different mounting bracket to the older skt775 thanks to the larger hole spacing in the motherboard.  Most people however will opt to buy a shiny new CPU cooler for their new CPU and this is where Asus step in with todays review, the Asus Triton 81.

With i7 coolers very thin on the ground at the moment its no surprise that only the big manufacturers are the first to release compatible aftermarket cooling. Asus are one of these manufacturers and while not aiming for the most ardent of overclockers, being smaller than the Thermalright Ultra range, the Triton 81 should appeal to both OEM builders and casual overclockers alike.

Heres what Asus have to say about their latest cooler:

Dual-Fan Technology for Maximum Airflow
Equipped with diamond blue LED 90mm dual-fan, Triton 81 provides an effective channel of airflow to the system with vital thermal protection. Despite its powerful performance, Triton 81 is a relatively silent component, running at a mere 18 dBA with its built-in PWM function, which is allowed to automatically adjust fan speed by CPU’s temperature for optimal operating environment.

Up-to-date Applications
To keep up both current and future gaming and processor technologies, Triton 81 also supports multiple applications, including the latest Intel® Core™ i7 processor (LGA 1366), DIY and gaming enthusiasts the world over can easily utilise Triton 81 to push the potential of their computers faster than ever before.

SwaleSmith
tried this one i found noctuas offering is considerably better...atleast for my i7