GPU Support - Can your GPU be too thick?

GPU Support - Can your GPU be too thick?

The ROG Z11 is one major limitation, and that limitation is GPU support. To be more specific, we do not recommend using graphics cards which are close to three slots thick within this enclosure.

As an example, we do not recommend using ASUS' RTX 3080 Strix within this chassis, as its 2.9-slot design is difficult to install within the enclosure and is too tick to achieve adequate airflow. Nvidia's decision to increase the TDPs of their high-end RTX 30 series designs has forced many GPU makers to create thicker graphics cards, making this limitation very noticeable within the ROG Z11.

While ASUS' product page lists 3-slot GPU support, we do not recommend this kind of GPU configuration. Your graphics card will sit too close to the window of the Z11 and be starved of airflow. 3-slot GPUs can fit, but that doesn't guarantee a great user experience. 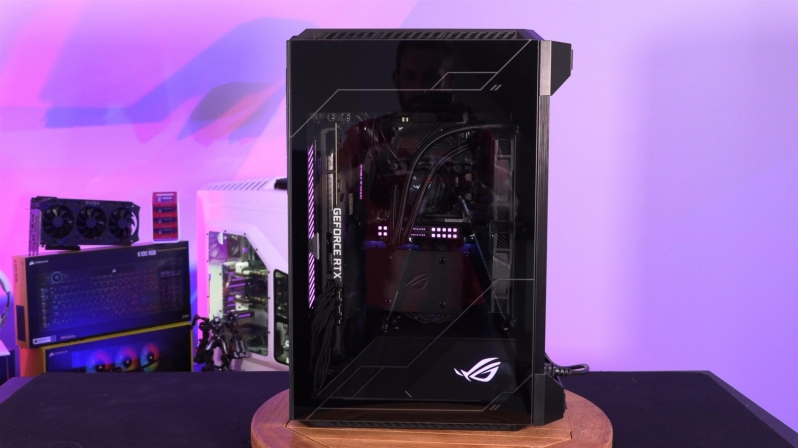 With this date in mind, we do not recommend using graphics cards that are more than 2.7 slots thick with ASUS' ROG Z11 chassis. Dual-slot graphics cards are an ideal scenario for this chassis when it comes to airflow, with 2-2.7 slot GPUs being workable, but not ideal. 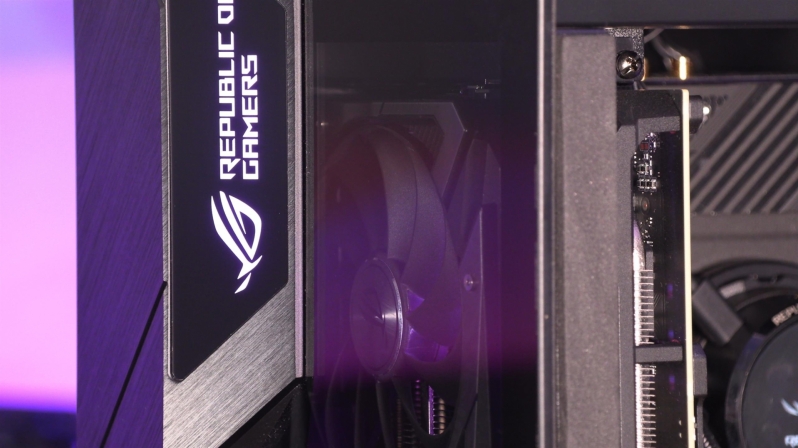 3-slot GPUs can fit, but at what cost?

ASUS' website claims that their ROG Z11 supports 3-slot graphics cards, and while these graphics cards can fit inside, they do not have enough airflow to deliver what we would call sufficient cooling. Perhaps ASUS needs to clarify its ROG Z11 product page to deliver clearer information regarding the ROG Z11's GPU support. 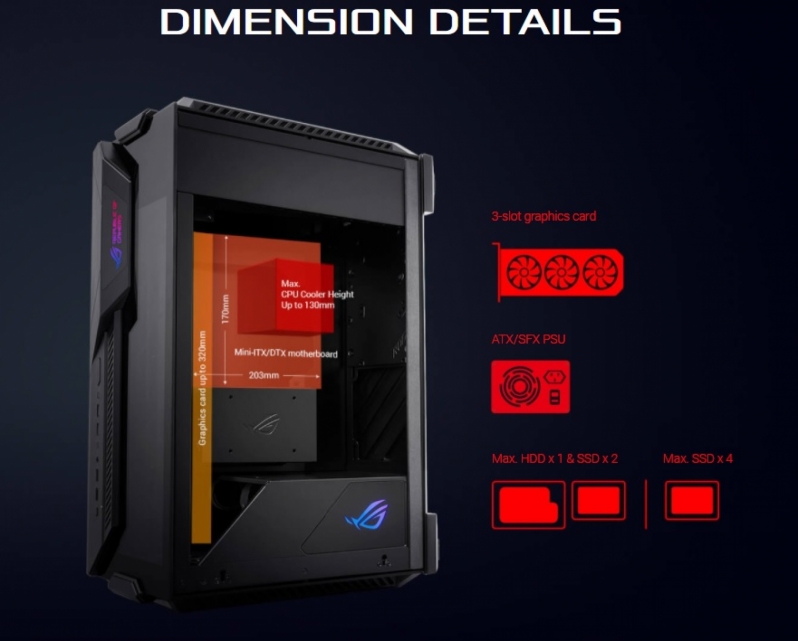