Some of AMD's Ryzen CPUs come with a thermal offset, which means that select SKUs list higher readings on temperature monitoring utilities than are actually present on the CPU. AMD states that these thermal control (tCTL) offsets are designed to adjust fan profiles, allowing fans to spin faster on Ryzen CPUs with higher TDPs and at lower speeds for Ryzen CPUs that have lower TDPs.

In simple terms, this means that 95W CPUs like the R7 1800X, 1700X and R5 1600X will present readings that are 20 degrees higher than what is actually present on the CPU, making the CPU seem a lot hotter and provides a lot of confusion when it comes to heatsink testing on Ryzen.

For example, if an 1800X or 1700X present a load temp of 58 degrees in Ryzen Master it is actually sitting at 38 degrees in silicon, which means that AMD is technically lying about Ryzen's temps on select SKUs. This is not necessarily a bad thing from a certain perspective, as it effectively forces a more aggressive fan profile for AMD's 95W Ryzen parts, though more information at launch would have been appreciated.

On the 65W Ryzen 7 1700, Ryzen 5 1600 and Ryzen 5 1500X there is no tCTL offset, which means that CPU temperatures will be shown correctly on temperature monitoring applications like Ryzen Master.

In our testing, we found that Ryzen was able to run properly without any downclocking or other issues until our R7 1800X went over 90 degrees for a sustained period (70 degrees when considering the tCTL offset), causing the system to shutdown if this temperature was exceeded for more than a few moments.

This means that Ryzen's thermal limits are at around 70 degrees, though users will have to adjust this temperature depending on their CPU's tCTL offset and their chosen monitoring tools.

The newest iteration of AMD's Ryzen Master utility has now made things much easier for measure Ryzen's load temperatures, now taking away AMD's tCTL offset and presenting the CPU's true thermals under load.

This means that users of all Ryzen CPUs will simply need to keep Ryzen under 70 degrees under load when measuring the heat of your CPU using this utility, taking away a lot of unnecessary confusion.

In our testing, we will test our Ryzen CPUs had a thermal limit of 70 degrees celsius, which is the temperature where the CPU would soon start downclocking or quickly cause the system to shut down. 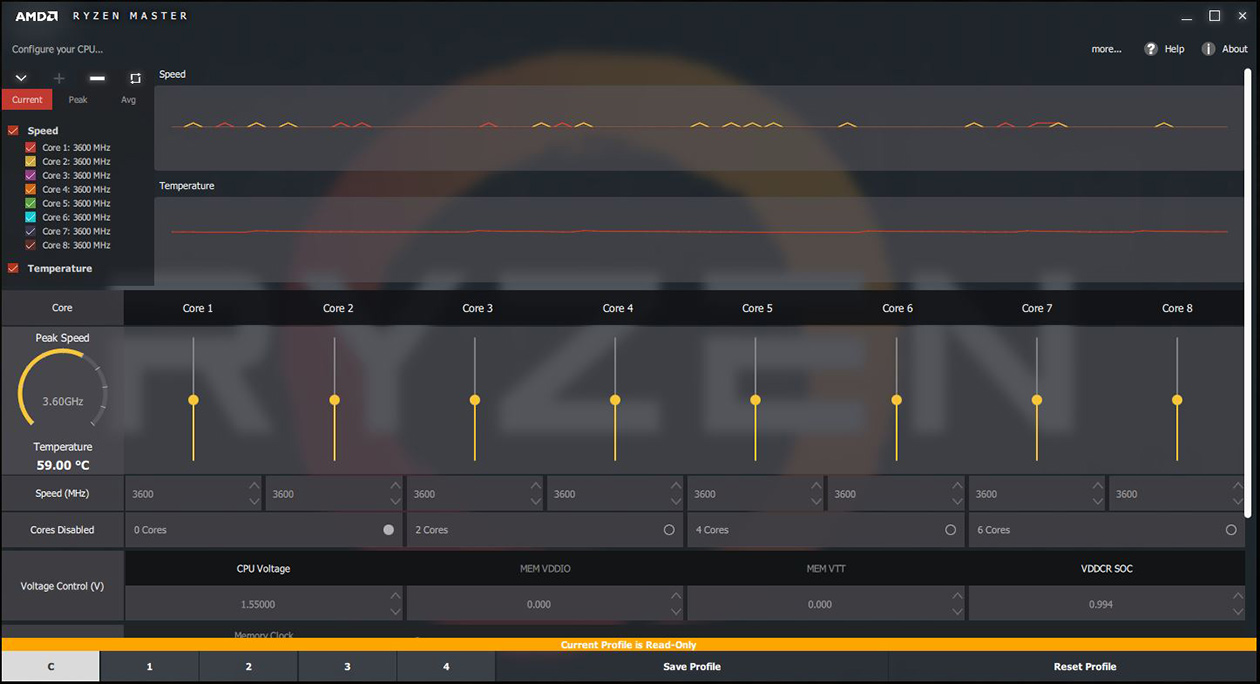