We brought these graphs together initially to help us see which coolers represented the best value.  Having done so we thought it might just help you guys in making your purchasing decisions.

What you're essentially looking at below are graphs that illustrate both the cost of the cooler and how it performs relative to the others in the test.  The red bars represent the performance figure and the grey bars represent the cost of the cooler.  What you're looking for then is a cooler with a small red bar (low temps) and a grey bar that is also as small as possible (lower price).

When looking at all the stock cooler offerings for AMD's Ryzen CPU lineup, it is clear that AMD's reference cooler designs are more than enough to keep Ryzen cool under load. To put it simply AMD's Ryzen stock cooler offer more than adequate cooling performance at stock and low noise levels, though these coolers can quickly become overwhelmed when using higher voltages and aim for higher overclocks.

At stock clock speeds we ca clearly see that there is a benefit when using aftermarket cooling solution, but that after a certain point additional expenditure on high-end liquid cooling becomes pointless, though the same can be said for Intel-based systems. 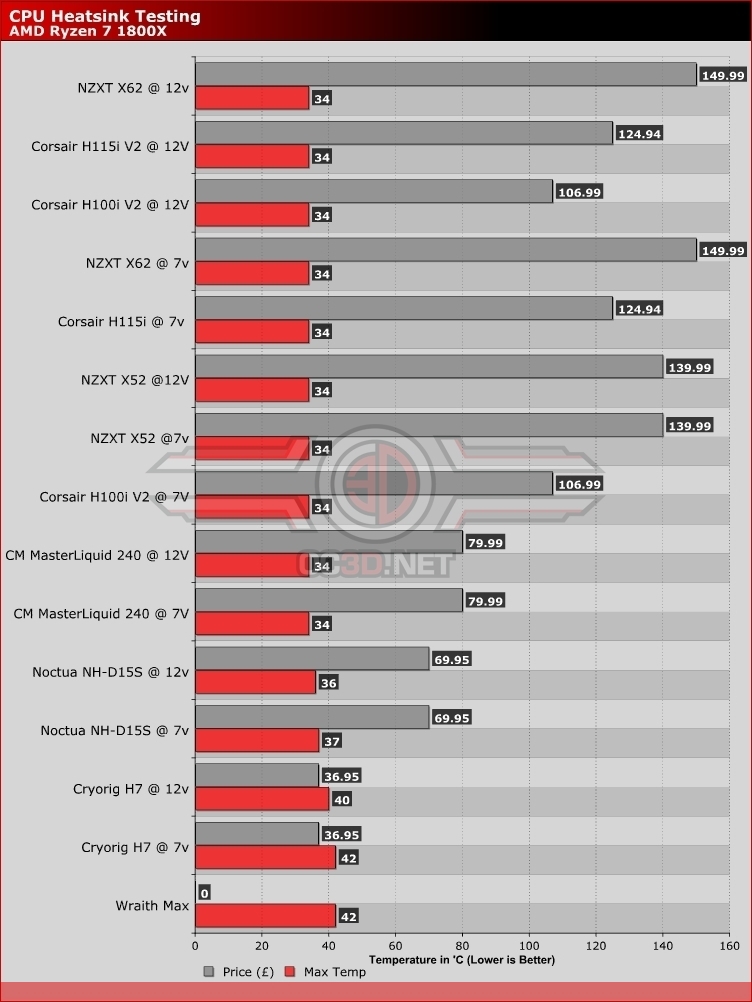 Once you overclock your system Ryzen starts to produce a lot more heat, so much so that lower-end cooler can become overwhelmed, with Cryorig's H7 failing our thermal tests on on R5 1600X and R7 1800X overclocked configurations.

When overclocking our R5 1500X we found that all of the CPU coolers that we tested passed, though the Cryorig H7 was only just able to maintain a load temperature of under 70 degrees.

Moving up to our 1600X and we see that the Cryorig H7 is overwhelmed, with the Noctua NH-D15S being the least expensive cooler to pass our thermal tests at both 12V and 7V fan speeds/voltages.

In our overclocked R7 1800X tests even the Noctua NH-D15S struggled to keep the CPU under 70 degrees, with the cooler only passing when its fan was running at 12V, marking AIO liquid coolers as the clear cooling method of choice for R7 1800X overclocking. 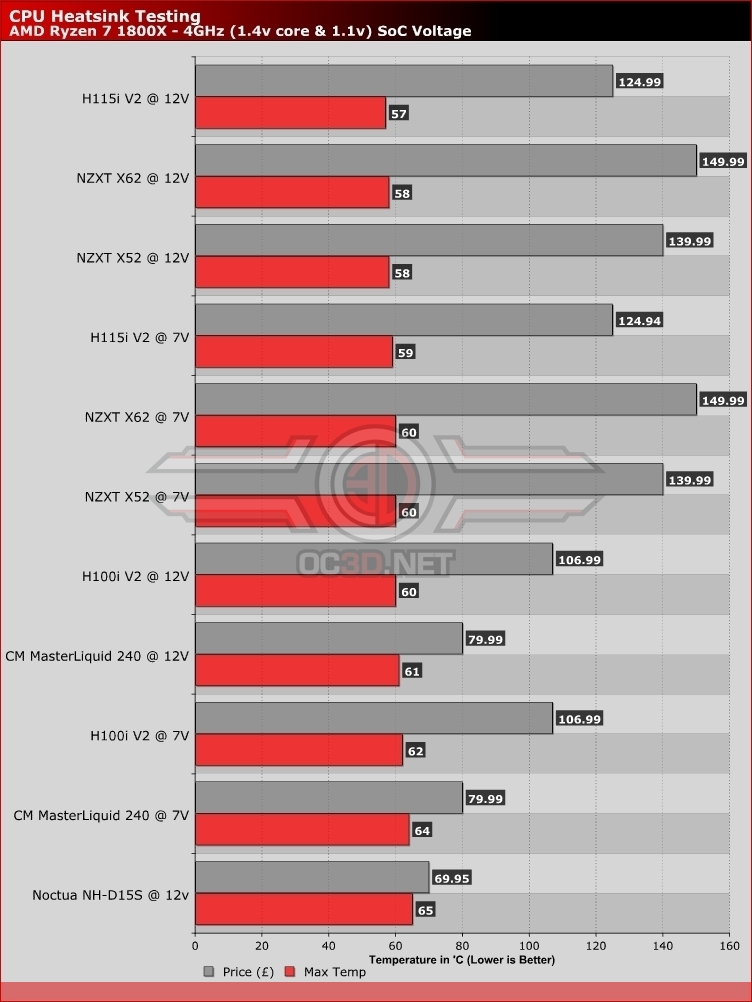