MSI may be fairly new to the PC case market, but they are not ignorant of the needs of high-end PC builders, being one of the world's largest manufacturers of motherboards, graphics cards and other OC components and accessories.

With their new GUNGNIR 100 chassis, MSI hopes to deliver on the needs of liquid cooling enthusiasts, while also offering users of EATX motherboards (up to 272mm) enough space for all their required accessories and add-ons.

MSI's GUNGNIR 100 chassis takes many forms, and today, we will be looking at the case's premier GUNGNIR 100 variant. 100D and 100P versions are also available, but the 100 offers users the most features out of the box, which includes ARGB lighting, four included fans and a 1-8 ARGB lighting hub, which will help RGB enthusiasts to fulfil their wildest lighting dreams. 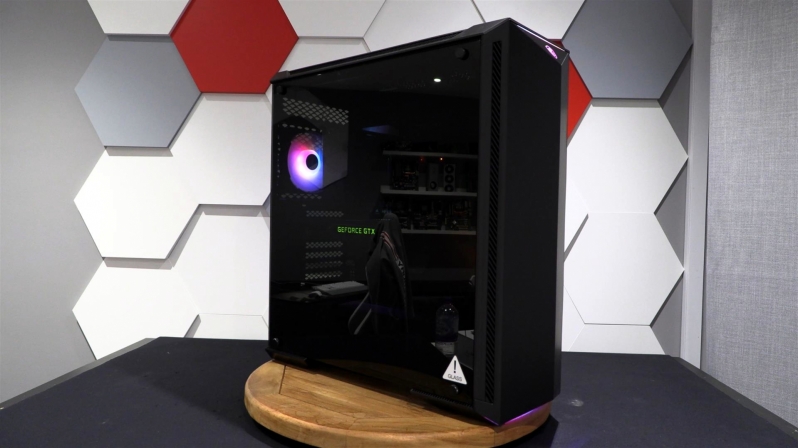 Within the GUNGNIR 100 sits a single rear-mounted 120mm ARGB (Addressable RGB fan) alongside three non-RGB 120mm fans, which when combined give the case ample airflow at stock. On the top of the enclosure sits mounting locations for three additional 120mm fans or two extra 140mm fans, allowing up to seven fans to be mounted within the system.

The front and rear 120mm fans can also be replaced with 140mm fans if the user wishes, granting this case support for up to a 420mm radiator at the front, which will be more than enough for most custom water cooled PCs. The case also features enough space for a top-mounted 360mm radiator, making this case a water cooler's paradise, at least in terms of out-of-the-box radiator support. 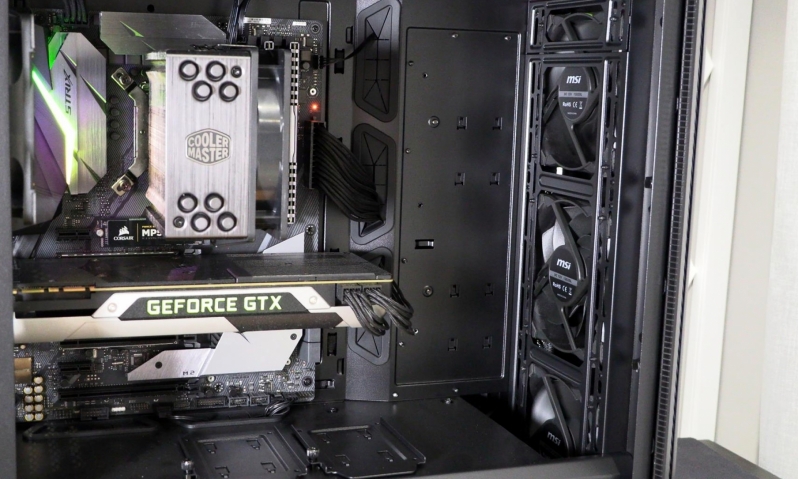 In MSI's case, they have given users the option to replace two plates on their system with user-personalised version. 3D models for the pieces pictured below are available on MSI's website, which can be customised to create unique lighting elements. It is nice that MSI has given users this option, but 3D printing is nowhere near popular enough for this feature to be useful to most end-users. 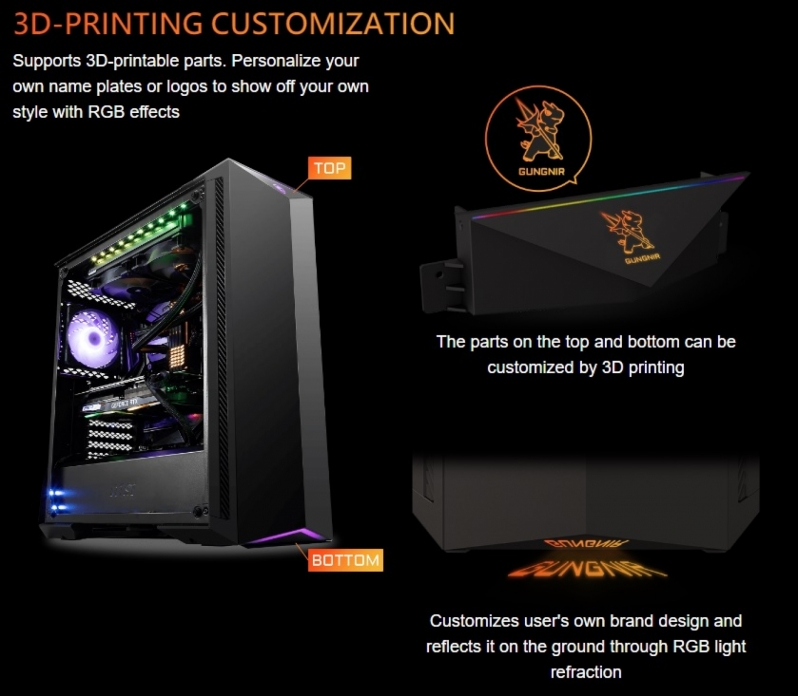