We harp on about packaging a lot here at OC3D. Maybe when you're only buying one or two products a year you're less likely to notice the differences between things that have been well packaged and the things that have been given the minimum of attention, but we see dozens of things every month and it's a pretty good rule of thumb that the more care a company takes over the packaging, the more pride they have in the product therein. If that rule holds true with the nobelchairs Elite Series then the chair should be mind-blowingly good. We've certainly built enough chairs in our time to know that they can be boxed with the minimum of care, but the Epic Real Leather has an unbelievable level of detail.

From a sturdy outer box the insides find every individual piece carefully wrapped in thick plastic, sandwiched between layers of rugged foam, and even the minor elements such as the arms are surrounded by foam and then bubble wrap. 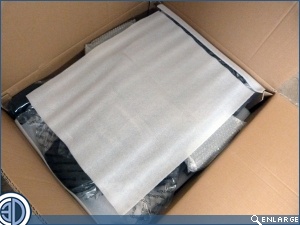 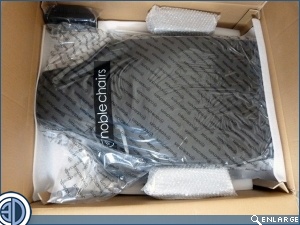 With the back of the chair out of the box you can see how carefully everything is wrapped. Even the individual arms of the base are well covered ensuring that not only do they arrive free from marks and gouges, but that they don't damage the other components themselves. Attention to detail.

Within a separate box, individually wrapped, are the Class 4 rated up to 180KG gas cylinder, the covering for the same, the tilt and height adjustment levers, two covers for the screws which mount the back to the seat, the five high quality castors and the six screws, eight washers and combined Allen key/Phillips screwdriver necessary for completion of your build. The quality of the screws themselves, and indeed small number of them, give you yet another indication of the level of excellence nobelchairs designers have crafted with the Epic Real Leather. Everything has a high-end feel to it. 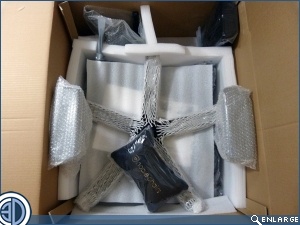 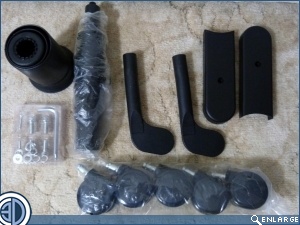 This extends into the instructions. Anyone who has ever built anything which proclaims to be "able to be built by a pensioner using only a screwdriver" knows the hilarious inaccuracy of such assertions. Particularly when the instructions are a barely comprehensible photocopy of something written in a foreign language. The instructions for the nobelchairs Epic have no such issues. A mere nine steps, all with clear photographic guidance, mean that if you've never so much as held a screwdriver before you're certain to get through the process in a trouble free manner.

Unlike many office chairs we've built in our time as gamers, since the ZX81 for your venerated writer, the nobelchairs Epic actually has the arms pre-installed. Indeed as much as possible of the Epic Real Leather has been built for you with just the few pieces necessary to reduce packaging to a realistic level have been left to the end user. 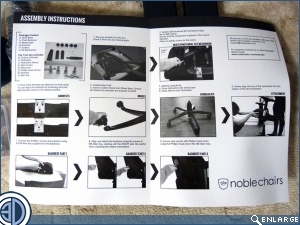 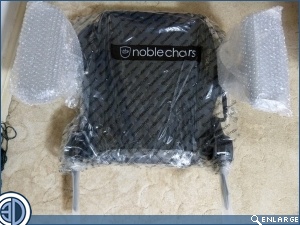 Legacy-ZA
Way too short arm rests and seat base. For me anyway.

Kyiagi
After 100 emails and facebook posts about this chair from overclockers i feel like i own 2 of them..Quote

SuB
Quote:
That would be because noblechairs is a subsidiary/child company/colab between Overclockers and another etailer, CaseKing. They're pushing it a little too hard if you ask me, using their own store to launch their own product pretty heavily... but that's just an opinion..Quote

Flux
Would be great to see some comparison to chairs already on the market like , ak racing, dx racer, gt omega and such. Very happy with my own dx racer king series chair.Quote

RobM
I have a vertigear L2000 for almost 2 months now and I love it, maybe I should do a review on itQuote
Reply