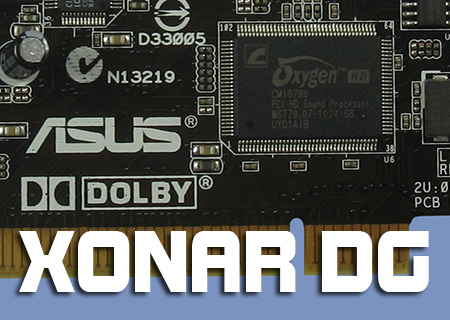 A long while ago when PCs were still very much something that was relegated to offices, they were able to produce a beep and that was the limit of the aural experience.

Eventually companies such as Turtle Beach and SoundBlaster gave us cards that could produce MIDI notes and therefore allowed Commander Keen to seem like the most exciting game around.

It was about this point that CDs were developed and the futurists were proclaiming that personal computers would quickly be an integral part of everyones home. Of course anyone still waiting for their 'silver space-suit' and 'meal in a pill' to arrive know how futurists don't always get things exactly spot on.

However in the last few years the multi-media capabilities of PCs, coupled to some truly amazing quality soundcards has meant that many of us have a computer in the main family room now.

However having the PC in the main room means that a larger and larger proportion of us are taking to wearing headphones rather than having the speaker setups of old. Enter the Asus Xonar DG soundcard, a 5.1 card with a headphone amplifier, designed specifically for this purpose.

Buying a soundcard is almost counter-intuative nowadays. Whereas once it was an absolute must purchase, the quality of on-board sound solutions has relegated it to an expensive extra for all but the most dedicated audiophile. Not so here though as the DG, by far the bargain basement Xonar model, retails for under £30. Assuming it's not woeful it could be exceptional value for money.

So how is it possible that Asus have taken the a range of cards that has won more awards than Ben Hur, Titanic and Avatar combined, and brought it in for less than a Chinese Take-Away?

A quick glance at the specifications table shows that rather than the standard Xonar Audio Processor, we have a C-Media CMI8786 chip and Cirrus Logic converter beating away at the heart of the DG. Although the 150 Ohm headphone support most definitely shows where the main budget for the card has gone. This is absolutely something for the ear muff brigade.

Let's see what we're getting for our money.

Steve-O-
How do think this fares against the X-Fi Extreme Gamer? Better, same?Quote
Reply