Headsets were once a utilitarian peripheral, doing the bare minimum necessary to keep your gaming sounds and occasional music listening a personal experience rather than one shared by anyone passing your room. As our home internet speeds have increased and the market almost entirely moved towards digital media, so the need for greater fidelity in our audio experiences has led to a huge increase in headsets which not only are comfortable and well built, but also provide exceptional listening quality.

The concept of a HiFi headset, or Hi-Res Audio headset, is quite a new one. Many of the most recent models we've reviewed here at OC3D offer some form of improved frequency response or larger drivers to bring aural richness within the purview of the masses.

1More is a new brand to these shores as the Chinese company embarks upon a rapid global expansion. The days when people might see a Chinese brand and automatically assume it's going to be a cheap knock off are long behind us, as their manufacturing capabilities covers almost everything you buy. You might have audio from more famous names, but ten to one on it was built in China. 1More seek to change the mind of those of you still suffering from preconceptions and we think that with the Triple Driver Over Ear headphones they have exactly the right product with which to achieve this.

As they themselves say :

There is a mountain of headphones brands. 1MORE isn't simply climbing that mountain. We are turning it upside down so everyone can reach the peak.

The in-ear 1More headphones have been receiving rave reviews across the information superhighway, so we have high hopes for the on-ear Triple Driver model.

The headline feature of the 1More is the triple driver setup. It isn't strictly speaking triple active drivers, as there is a Graphene driver, a ceramic tweeter and a passive bass reflector. Obviously whether you consider the bass reflector a driver or not is down to you, but at the very least there are three distinct elements to the audio setup within the 1More headphones. As for Graphene it is a 1 atom thick two dimensional material the full description of which is well beyond the scope of our expertise. We could paste in a huge swathe of descriptive content here but perhaps this single line of the Wikipedia page will suffice; "It can be considered as an indefinitely large aromatic molecule, the ultimate case of the family of flat polycyclic aromatic hydrocarbons". Either you're now super-interested and will rush off to discover more or, like us, be left baffled and would much rather focus upon how it actually performs.

The headphones are an over-ear model that combines aluminium ear cups and steel headband for longevity with a detachable oxygen-free Kevlar core cable and large passively isolating ear cups. The broad 20Hz-40kHz frequency response promises high quality sound, whilst the included carry case and foldability let you take them anywhere. However, enough about dry specifications tables and carbon structures, let's take a look at the 1More Triple Driver Over Ear headphones. 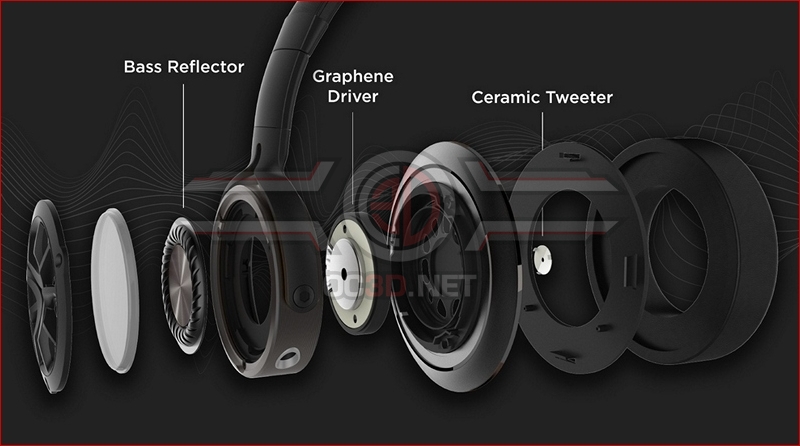 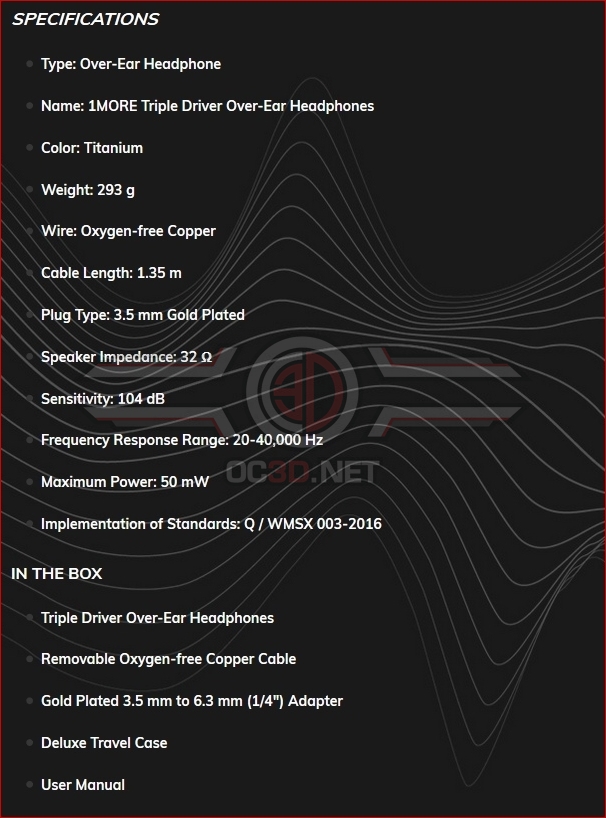 piernut
The 1MORE E1001 are superb in-ear headphones, I think they have made quite a name for themselves over at a lot of stereo/av forums.

AlienALX
Cheers for the review Bryan.

The bodies of these kinda remind me of the metal Grados. It's always nice to see premium materials. I am a fan of the separate drivers too, instead of having to make incredibly expensive single drivers to cover the full spectrum.