When it comes to the world of audio headsets have rapidly increased their market share in recent years. Whilst we once ran 2.1 speakers, or maybe even a surround setup, the way that multiplayer gaming and streaming have swiftly taken up the majority of the way we game, so headsets are no longer the domain of those attempting to keep their listening private.

Instead most of us, regardless of how we actually utilise our systems, own a headset. When 1More first appeared on our radar it was with their well-respected in-ear headphones. With the launch of the Triple Driver On-Ear model we recently reviewed they came in and absolutely knocked it out of the park it terms of both build quality and audio quality. Utilising large Graphene drivers and tuned towards the audiophiles, there was no denying that they were the audio equivalent of silk pillows.

The gaming audience is somewhat different to the audiophile market though, with requirements that lean more towards flash and flair than the hardcore HiFi crowd. With the Spearhead VRX 1More not only have added a lot of elements that will please those of us who enjoy a more gaming lean in our peripherals, but also included one that will blow your mind.

As well as the two types of input available - USB and 3.5mm - the Spearhead VRX has a few tricks up its metaphorical sleeve. As a 7.1 headset you get clear audio positioning, vital for keeping you alive and your enemies dead. Just like the Triple Driver we reviewed previously it has the 50mm Graphene drivers that gave us such rich audio quality and tight bass. The microphone has Environmental Noise Cancellation ensuring there is no excuse for your teammates to have gone to the wrong place or done the wrong thing because they couldn't hear your orders. We also find customisable lighting on both the logo, the earcup surrounds and the voice activated LED tube.

Last, but definitely by no means least, is the feature unique to the Spearhead VRX when compared to its regular Spearhead VR brother, the Waves NX 3D audio head tracking. A feature that is absolutely mind blowing. We'll come to that later. For now, let's have a look at it in the flesh. 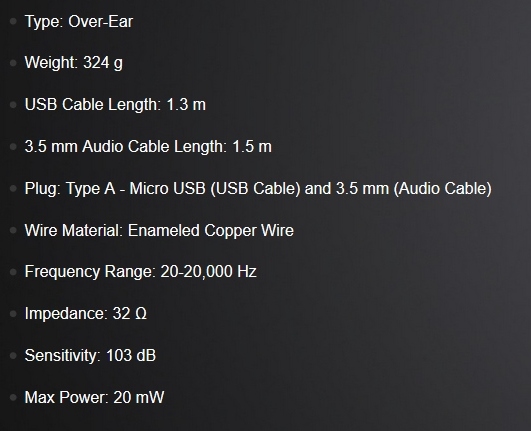