While everyone's talking about AMD's Ryzen 4000 mobile processors, let's talk about something that's even stronger. That's right, sixteen cores, in a laptop thanks to AMD's Ryzen 9 3950X.

XMG's latest APEX 15 system, which appears to be using a Clevo NH57AF1 enclosure, is offering mobile users AMD's desktop-grade AM4 socket with support for processors with TDPs of up to 65W. This means that AMD's Ryzen 9 3950X can run using its 65W Eco Mode, delivering 16 cores within a mobile form factor.

If this system indeed uses a Clevo NH57AF1 enclosure, it will support either an RTX 2060 or RTX 2070 graphics card, utilise an AMD B450 motherboard chipset and weigh around 2.7kg. That's a lot of performance given this notebook's size, offering users a 15.6-inch 144Hz FHD IPS display. This system can support RAM speeds of up to 3200MHz with up to 64GB of DDR4 memory, and support up to two M.2 NVMe SSDs (1x PCIe 3.0 + 1X PCIe 2.0) while also offering users support for WiFi 6.

Those who want workstation-level performance on the go, XMG's new APEX 15 is the laptop for you. Having 16 cores on a notebook is irresponsible levels of processing power for a mobile device, especially when combined with Nvidia's RTX series graphics cards. Add on WiFi 6 support, and you will have everything you need for peek on-the-go performance. 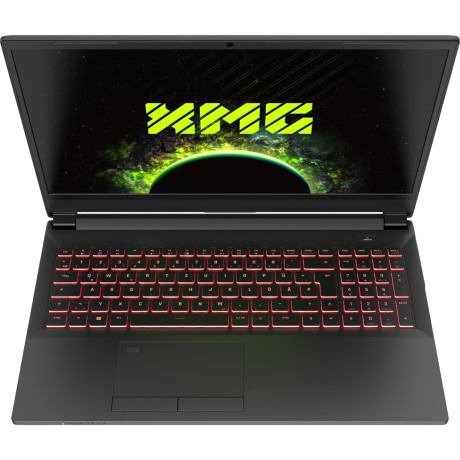 If you think this laptop will be expensive, you'd be right. The base configuration of this notebook is worth €1313, and the upgrade to AMD's Ryzen 9 3950X will cost an additional €759. That's a lot of money, but it's worth remembering how much a Ryzen 9 3950X based system normally costs.

European customers can currently look at this system on Bestware.com/de.

You can join the discussion on AMD's 16-core Ryzen 9 3950X processor getting placed within a 15-inch laptop on the OC3D Forums.

Dicehunter
That's crazy and I love it !