Xbox's Phil Spencer has announced that they are aiming for a console price-point with Project Scorpio and that they are not trying to compete with high-end gaming PCs.
Right now Xbox's Project Scorpio is set to release in Holiday 2017, coming with 6TFLOPs of GPU performance and an undisclosed AMD 8-core CPU. This level of GPU power is roughly equivalent to an overclocked AMD RX 480, making it equivalent to a mid-range VR-ready PC.

I want Scorpio to be at a console price-point, I’m not trying to go and compete with a high-end rig.
And because we’re building one spec, we’re able to look at the balance between all the components and make sure that it’s something we really hit that matters to consumers and gamers.

Below is a table showcasing the relative GPU performance of modern AMD powered devices in terms of TFLOPs, with no Non-AMD GPUs being used in this comparison due to the inaccuracy of  TFLOPs as a method to compare GPUs with drastically different architectures.

The Xbox One Project Scorpio is effectively a VR Ready PC in terms of raw GPU horsepower, with the known specifications closely matching the minimum/recommended requirements for the HTC Vive and Oculus Rift on PC. 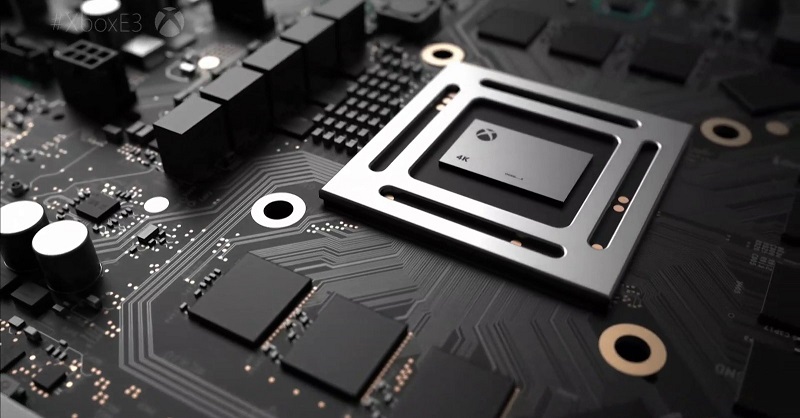 On PC we already have much more powerful GPUs available than what is inside both the Xbox One Project Scorpio and the PlayStation 4 Pro, though it is worth nothing that consoles do tend to get a little more out of their hardware through closer to the metal coding and the uniformity of consoles.

By the time Project Scorpio releases PC will have a whole new range of powerful GPUs to play with, though that still doesn't mean that the Xbox One Project Scorpio won't offer a lot of GPU horsepower for the price.

You can join the discussion on the Xbox Project Scorpio aiming at a console price point and away from the PC market on the OC3D Forums.

NeverBackDown
And this is news because?????
We all know it can't compete. I mean the price point target confirmation is nice to see but the PS3 came out at $600 back in the day.. so they could do that. But he says it like it won't be that high. So hopefully not, otherwise that's ridiculous.Quote

Damien c
Quote:
It's news because not all people who are on this forum are just pc users.

I game on my pc, as well as on a Xbox One and now a PS4 not the pro version as it's not worth it, but I do plan on getting a "Scorpio".

The sooner that consoles allow keyboard and mouse support in games, the better because to be honest I will stop playing FPS games on the PC then and just have a pc purely for Elite Dangerous and video editing, because I prefer playing on a console now and not having to deal with Aimbots and Wallhacks in nearly all games where they can be used.Quote

Dicehunter
Well it's going to be 6TFLOPS and by the time it comes out next year we will either be on Volta or the Pascal refresh which will be easily over 10TFLOPS of power so yeah, To Microsoft - "No s*** Sherlock"

NeverBackDown
Quote:
Your point? I game on pS4 and Xbox too, however it shouldn't be news that a console is not competing with a high end PC. Anyone who has any basic understanding of hardware would know this, PC or Console player.
(Not disrespecting Mark here or anything, just surprised this is news that sites are reporting)Quote
Reply