As capable as Valve's Steam Deck handheld is, it cannot be denied that its hardware is on the weaker side of the PC spectrum. It may feature a Zen 2 processor and RDNA 2 graphics, but its still a handheld system with a limited power budget. That said, the system is capable of running many PC games at 60 FPS, which is by no means a small feat for a gaming handheld.

One of the joys of PC gaming is its tweak-ability, optimising the graphical settings within your games to give you an optimal balance between visual yum-yum and high framerate goodness. For Steam Deck, users have the option to set the device's screen refresh rate and framerate limits, and thanks to the system's latest update, these performance settings can now be set on a per-game basis. 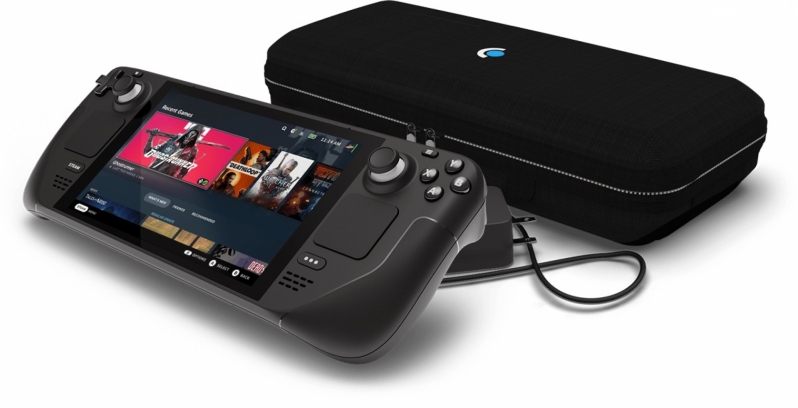 Is there a turn-based strategy game that you want to play over a long journey? Steam Deck users can set the game to run at a lower framerate to conserve hardware resources and increase the Steam Deck's battery life. For extreme cases, framerate limits of 15 FPS can be set to minimise power draw, and for some games those reduced framerates won't have a huge impact on gameplay (just don't try it with an FPS).

With their latest updates, Valve is making their Steam Deck system more versatile and more broadly compatible with a wide range of PC games. Today, 1443 games are Steam Deck verified, and an additional 1315 games are playable. Not bad for a non-Windows gaming solution that has only been available for a few months.

- Players can now set game-specific performance settings. This feature is accessed in Quick Access Menu > Performance > Advanced View
- By default games will use the system performance settings
- If per game settings are toggled on, a profile for the currently running title is created. Any edits will be saved and automatically applied when the game is launched
- You can always toggle this off to go back to system default settings, or reset to system default settings at any time

You can join the discussion on Steam Deck's new per-game performance profiles on the OC3D Forums.